So the season of shows is in full swing and I promised to bring you some of the highlights of the Eurobike show in Friedrichshafen in Germany.

Now, there’s coverage aplenty out in the cloud so I thought I’d just pick on a few products that have caught my eye. I mean, there’s only so many high end titanium dream bikes you can drool over isn’t there? 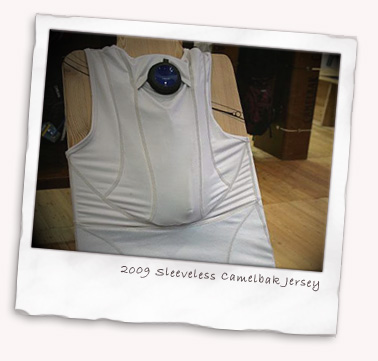 So, first of all, a comedy sleeveless jersey from Camelbak with a built in bladder called the Racebak. Taking minimalism to its extreme I wonder if this is a joke but can actually see the race heads finding this useful, even though it must make your back particularly sweaty in use.

Are we going to see any out in the Surrey woods? Mmmm, I doubt it, but kudos to the first rider I see actually wearing one for having ‘self confidence’. 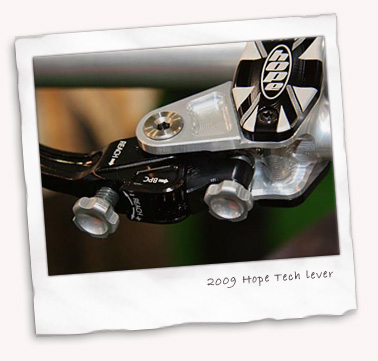 But looking at this I’m a bit worried that it all looks even more agricultural than we’re used to. Compared with, say, Avid’s Elixir CR with it’s sleek barrel adjuster this effort seems a bit uninspired and no amount of anodising is going to change my mind.

Chances of these seeing active service across the Surrey hills are pretty high but I feel a bit ho-hum. Am I wrong? I must try and get some of those reservoir caps for my M4s though…

On to Mavic. Last year I got very excited at the prospect of Crank Brothers wheels. I still am, but lukewarm reviews and a price tag to make even my hair stand on end has cooled my ardour somewhat. 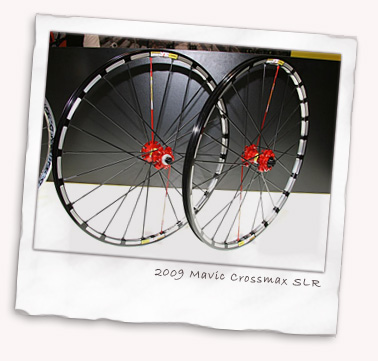 Sightings across the Surrey Hills? Well, you don’t see that many custom wheelsets but keep your eyes peeled — especially if you’re an epileptic.

Finally, Orange have, if not launched, then shown a new bike, the Blood Orange. Claims of five inches of travel sound a bit Five like, but the picture here shows a linkage stabilised shock and more importantly a coil unit. 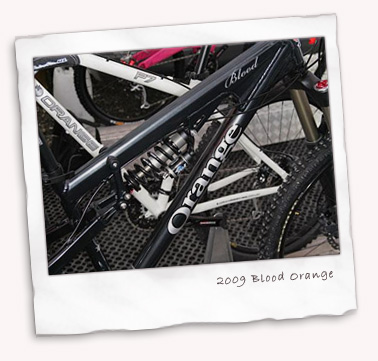 So, without knowing the head and seat tube angles I’m guessing things are slacker than the Five and more freeride-y? But then, where does that leave the Apline (Five) 160? Too early to call but I reckon this has got a fair chance of being pretty popular round the Surrey singletrack.

There’s plenty more pictures of all this and more on the Eurobike 2008 pages on BikeMagic and the Euro Bike 2008 round up on Singletrack. Pictures here are shamelessly altered from the originals on both BikeMagic and Singletrack.