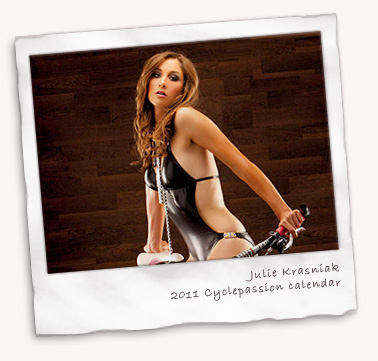 No you haven’t come to the wrong place; well, I don’t think so, I guess it depends on what floats your boat.

In any case, the Muddymoles has not suddenly descended to the gutter – not ever being too far above it in any case – but this was too good an opportunity to post cycling related pictures of gorgeous girls.

This year’s Cyclepassion calendar has been launched and as usual it’s full of girls fiddling with bits of bike. In my simple life, that’s not a bad combination. Throw in a bit of PVC and some strappy shoes and it has everything needed to be a runaway commercial success. And it’s ‘art’ isn’t it? 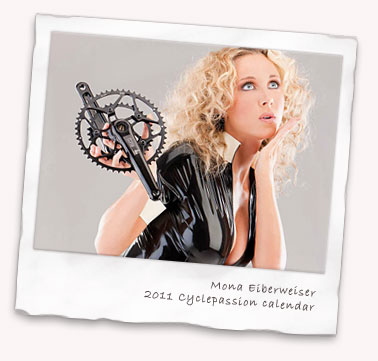 For anyone who’s unclear, the women featured in the calendar are actually some of the top female racers in their respective disciplines (!) They are, it must be said, a great advert for cycling as an exercise.

If anyone was wondering what to get me for Christmas, this isn’t a bad place to start. Check out the Cyclepassion website for more information.