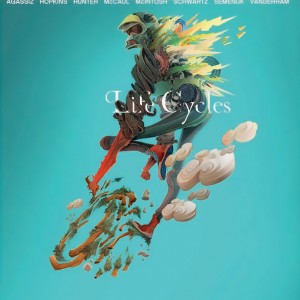 The other day I got news from Mrs Four4th (Twitter) – Del’s other half at Four4th Lights – about an event coming up in February which they are involved with. It’s called I Love My Bike on February 14 – Valentine’s Day.

It’s a cultural event themed around bikes, which is very unusual for the South East despite this area being a real boom zone for bikes, with many, many mountain bike, road bike and leisure riders. Really it’s the sort of thing you’d expect to see in San Fancisco rather than Farnham but in this case, Farnham it is.

So, what’s going down? Well, primarily it’s a screening of the Lifecycles film at Farnham Maltings, an MTB/DH film that features draw dropping stunts, a great soundtrack and manages to leave you feeling good about our whole cycling community. Just our sort of thing, but rare in itself to see something like this on the big screen.

Also at the event will be Caz from Scott Bikes with a Scott Gambler, plus a Scott road bike and bits of Scott gear. Also attending is Scott Forbes from On-One with a couple of new On-One bikes, Bob Moore from BM7 bike stands, plus of course Del from Four4th Lights will be there showing off their latest kit. 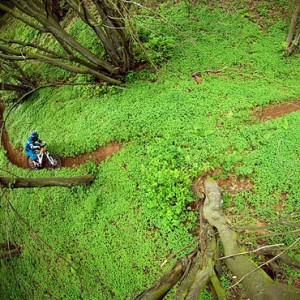 Other attendees should hopefully include a wheel builder, an Olympic level paralympian and a sports nutritionist so there’s quite a range of bike-related folk chat to. If you have the kind of understanding spouse that we all aspire to there’s also a ‘meal deal’ which gets you fed on Valentine’s Day before taking in the film. Full details on the Farnham Maltings I Love My Bike page.

Sounds like a great chance to get together, meet other riders from across the South East, and talk to some of our local industry figures, as well as seeing the acclaimed film itself. The Muddymoles will be there and we hope you will be too!