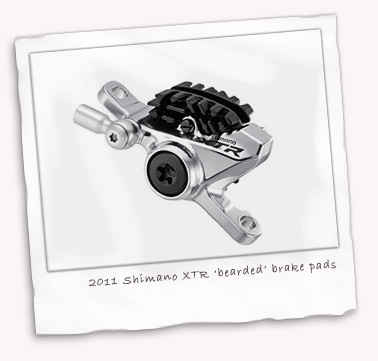 Shimano have announced their XTR response to the 2011 XX line-up from SRAM. While these two gigantic ‘S’ companies battle it out for top honours in their top-flight X-dubbed ranges it seems that in many ways it’s the rider who is benefiting from what is a ferocious contest.

If you have plenty of money of course.

With exchange rates generally unfavourable to us UK consumers (spare parts prices are painful!), both XTR and XX kit will now set you back more than £1340 for XTR and around £1590 for XX – for what I’d call a ‘traditional groupset’, including front and rear brakes that is.

Cost aside though there’s some interesting features coming through, not just the fact that 10-speed seems here to stay (and we haven’t even ridden it yet!). SRAM are pushing their integrated technologies angle hard with their suspension products also tied in to the XX brand – there’s XX versions of Reba, Revelation and SID suspension forks this year. 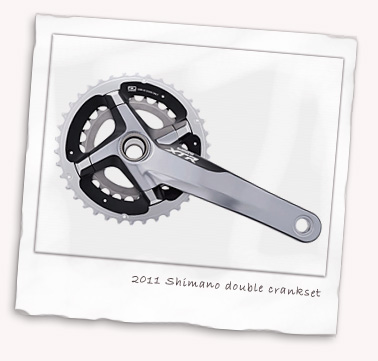 On Shimano’s part, the offering is becoming more fragmented if anything as they try to cover all the bases. Double or Triple cranksets, wheels with 20mm front hubs and bolt through 12mm rear hubs plus trail and race oriented XTR flavours all feature, making the choice increasingly confusing.

For me, while I would willingly pay for the XX stuff from SRAM (I love the feel of their shifting mechanism which reminds me of a straight-cut gearbox on race cars) I can’t say I’d ever be too fussed about XTR. That’s just a gut feeling though and perhaps if I had an XTR equipped bike I might change my mind.

It’s worth noting the aesthetic difference too as both manufacturers seem to have stepped away from the anodising craze of the past couple of years. SRAM have black and gunmetal grey but Shimano in particular seem to be leading the way with my prediction for the next few seasons, that of the all-silver-components on bikes again. Well, we’ve had all-black, then ano colours; silver’s the obvious choice surely!

Interesting points of the 2011 Shimano XTR range are the double crankset, which I’ll admit really does look lovely and their new brakes which come in a number of combinations of race-stripped caliper and levers or more powerful and adjustable versions. So you could have a stripped lever with higher powered caliper or vice versa, as well as the more obvious pairings. 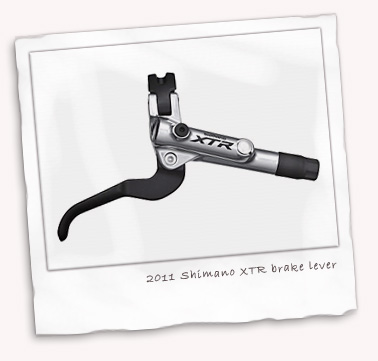 The more powerful calliper also comes with what I’m going to call the first instance of the bearded brake pad, in that it has festoons of odd looking fringing to the protruding back plate of the pad itself, said to increase brake cooling by several factors. I think they look, well, odd but who knows? If it works perhaps in a few years we’ll have six-inch frills hanging off the back of our brakes.

The age of the medieval ruff may be set for an unexpected comeback.

You pays your money, you make a choice that you have to live with forever… or at least until eBay solves that little problem for you!

If you want more information, including series numbers for the geeks amongst you, check out the 2011 Shimano XTR stuff on BikeRadar.