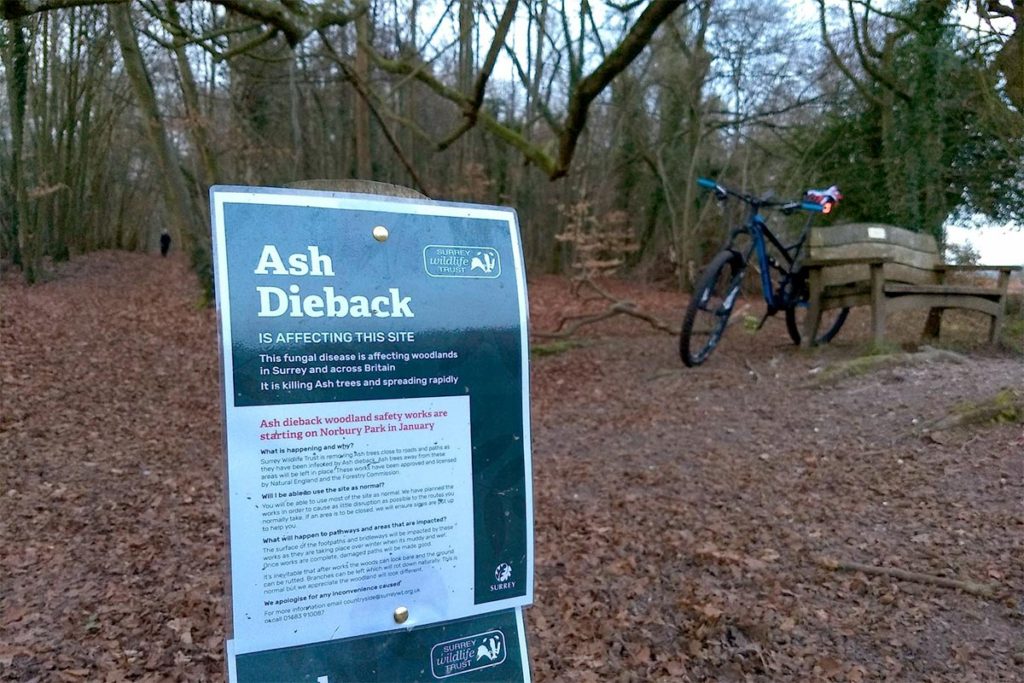 Sometimes these headlines write themselves…

This morning Mark and I ventured out to ride to work in freezing temperatures. This made for perfect riding conditions because the mud was blessedly absent all the way to Reigate.

In many ways it was a standard commute but a couple of things were worth noting. First, the dreaded Ash Dieback has appeared in Norbury Park and the council are removing trees close to roads and paths – not so much to curb the disease I think, but more in an effort to prevent dead trees falling on unsuspecting people below.

It’s sad to see but inevitable at this point. As a result of this I assume, our usual route past the radio mast was blocked. This meant a detour round the back of Norbury House and a nice noodle down frozen singletrack to pick up the usual path along by Druids. 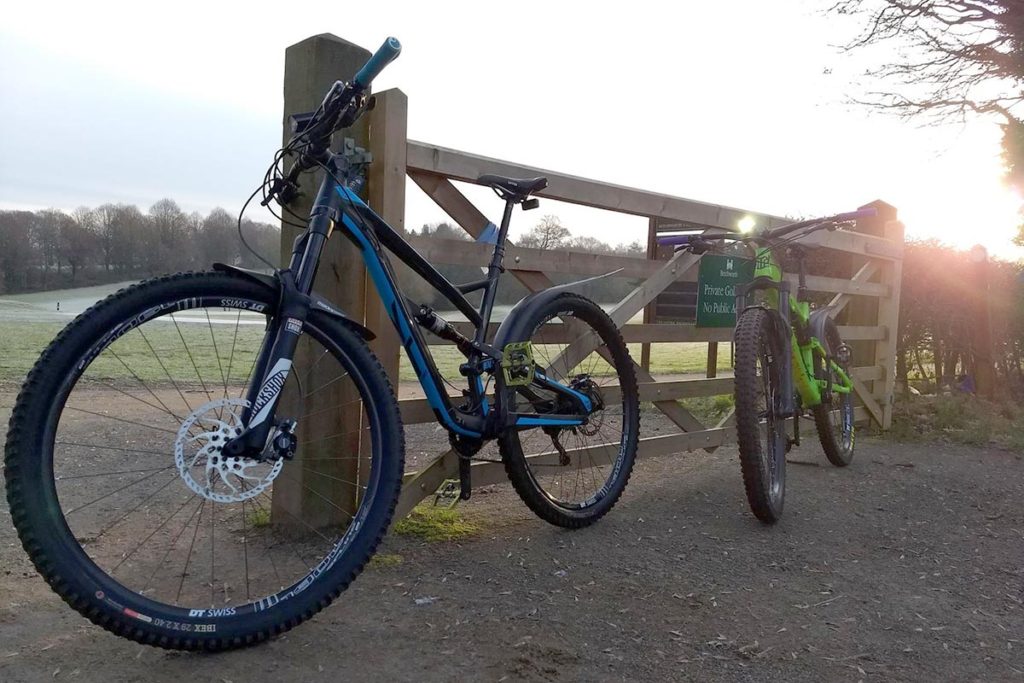 I’ve been down this numerous times but today it felt as grippy as I can remember this off-camber ribbon being, because the mud was frozen solid.

After that it was back to business as usual. Until we got to Brockham…

As we crossed the river behind the village green we heard this rather ethereal sounding music. Standing at the far side of the bridge was a dishevelled looking but genial individual with a couple of dogs and a flute!

It was a moment when either we’d bumped into Jethro Tull, or James Galway had had a really wild night! 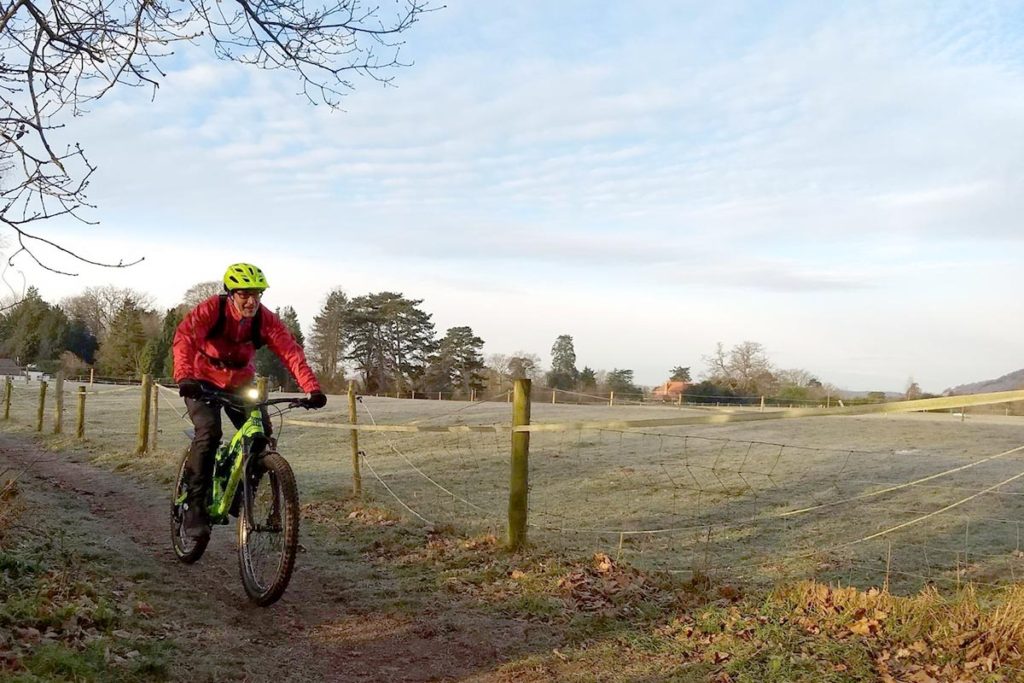