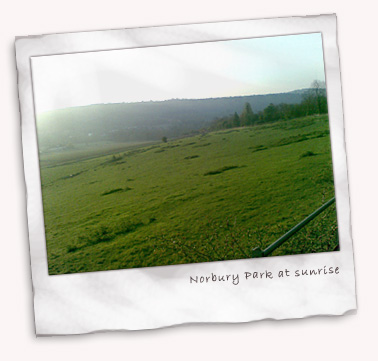 My Thursday morning was a frustrating mix of no clean shirt ironed, a visit from the gas man over a leaking radiator, a late start to work followed by my car making a very worrying clankety flap noise by the time I’d reached Dorking which turned out to be a de-laminating drive belt. At which point I turned tail, limped home and had the garage say ‘Don’t drive it!!’

All of which conspired to see me without a car for Friday. And I needed to be in work, so I had no alternative but to ride in. The problem was I had to carry all my usual gear plus a towel, toiletries and full office kit including some size nine shoes for my day at my desk. As a result my Camelbak was stuffed to the top and weighed getting on for a stone and a half on my back; the consequences of which only really became clear early Sunday morning.

I haven’t actually ridden into work for about three years now. When I did, I had my routine worked out perfectly to take in as much singletrack as possible between Bookham and Reigate and everything I needed for the day already at work. This time round, having moved offices to Redhill (an extra mile and a half) I decided the simplest thing was to get to work as directly as possible.

With my overweight pack on my back I left the house at 6:20, heading up and over Norbury Park to the A25 where I turned onto the cycle path to Dorking. It wasn’t until Box Hill, as I was humming along nicely on my tarmac-transposed Inbred that I realised first of all how heavy my pack was and that I’d left my padlock key at home! Argghh!

There was nothing for it but to keep going. I debated briefly phoning Rob and picking up a spare padlock from him at Brockham as I passed but realised that it was both too early and too cheeky. By then I was into the groove, spinning along in one gear (this was my last ride on the geared up Inbred) and wincing now and again as vehicles passed me on the A25. In a way I was keen to see if riding into to work on road could work for me – the idea of a Cycle2work sponsored ‘cross bike is quite appealing!

By the time I reached work I was both tired but exhilarated at having covered 13 miles in one gear and at an average of 12.8mph. With the weather gods being kind it was a great way to start the day and I reckon a more road oriented bike could see that time drop and the average rise a lot more. Despite worrying about the padlock situation I managed to ponce one off a colleague for the day too so that sorted that.

Come evening I had a bit more time on my side and I’d lightened the load on the Camelbak a bit with less water and by leaving my shoes and jumper at work. It was still pretty solid feeling though but I knew I wasn’t going to be going home on the A25! Instead, I climbed up from Redhill along Wray Lane to the Gatton tea room at the top of Reigate Hill and picked up the North Downs Way toward Headley. You can see why that ‘cross bike might make sense… 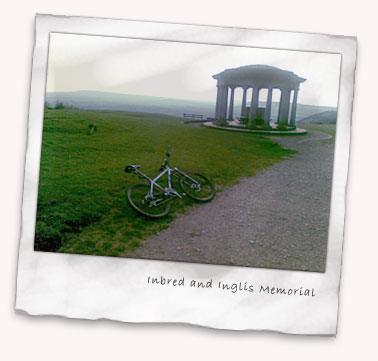 What a slog that is up Wray Lane! With my heavy back pack and singlespeed mentality I hauled my ass up their increasingly slowly, eventually having to drop a couple of gears to my shame to make the tea room. The trail conditions were completely dry and hard packed and as I rolled over the Reigate Hill Road on the footbridge I felt a sense to real satisfaction that not only was I working hard, I was out of my car where everyone else was facing a Friday on the M25.

By now my legs were warmed up after the climb and I took advantage of the relatively level ground to get back up to speed as I passed Colley Hill. The route is not technical but with firm conditions and a deliciously subtle downward trend toward Headley (albeit with some sharp inclines) I made good progress in the afternoon sunshine.

At Headley I picked up the secret singletrack which is just starting to green up again before working my way round to Tyrells Wood Golf Club and the run down to Alsation. By now I was feeling tired and was picking my lines round exposed tree roots more carefully than usual but despite my shoulders hurting I felt well. Alsation fairly flew past in what felt a fast but controlled descent, as opposed to my sometimes wayward trajectories down there over the winter months and then it was down to the river Mole at Leatherhead and the climb up to Bookham.

I didn’t feel I was pushing things too hard, mindful that in the past I’ve ended up with a nasty sugar bonk after a hard ride home and took every opportunity to make the route as easy as possible, meandering through the singletrack parallel to the bridlepath through Bocketts Farm and working my way round the big field and again along the edge of Wiggly Wood to home.

When I got home I actually felt quite fresh, although not quite fresh enough to clean my bike! What surprised me was that the off road return run had been fast enough for me to average 11.7mph over the 26 mile round trip which is as good as I’ve managed at any time in the past. Maybe this singlespeed lark really does work? Or maybe I’m taking these fast trails for granted?

Despite all this preamble you’re probably wondering when I’m going to get to the point and explain the title of this post aren’t you? Well, the mixed blessings reference comes from the fact that Saturday afternoon saw Dave and I converting the Inbred properly to singlespeed, pink bash ring et al! I’ll write up what we’ve done in the next couple of days there.

You can imagine my sense of anticipation at the idea of a Sunday ride up to Leith on the new set up, fresh in the knowledge of a perky Friday ‘bonus ride’ and filled with the knowledge we were planning some under the radar antics when we got there.

Until that is I woke at two in the morning with my shoulders in spasm from carrying that bloody overweight Camelbak on Friday and a truly mind bending headache that had me sitting in the armchair downstairs waiting to chuck my guts up at any moment for the rest of the night. By 7:00 in the morning I just about managed to get a couple of extra strong painkillers down my neck before crawling back into my bed to sleep off the headache until 10:00!

I’m hoping someone will write up today’s Leith ride so I can see what I missed, and hoping more that there’s a few photos to go with it. I’m gutted I lost out on giving the Inbred a spanking ‘first ride’ but will have to wait until Wednesday for that, by which time normal weather service may have resumed. At least the Inbred’s last ride in geared guise was a cracking one…