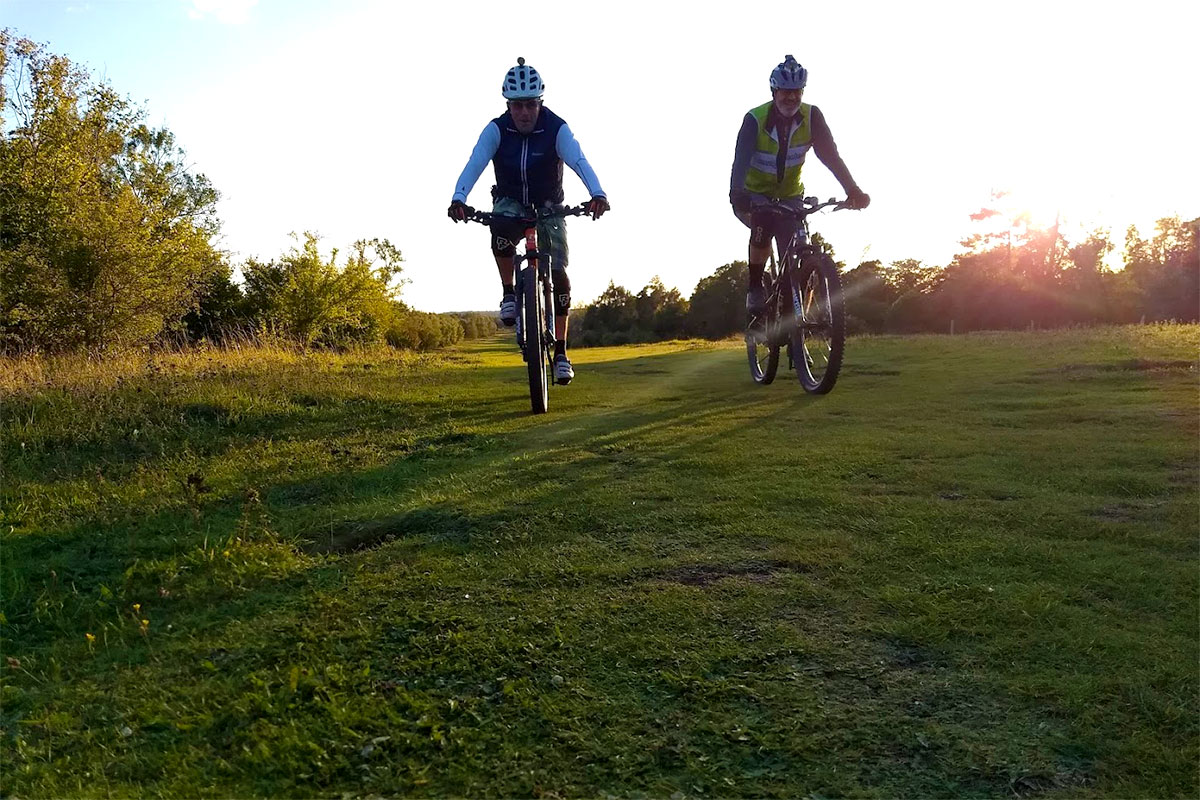 The weather might be turning, but you can still turn a wheel if you’re so minded…

I managed to get out three times this week, with very much a classic Moles feel to proceedings. The difficulty in these lockdown days is finding a window in the Working From Home landscape to actually, er NOT work and go and ride your bike instead. Weird I know, especially since its far easier than in the Before Time when we all used to commute.

Still, with a bit of commitment on my part I managed to meet up with Lloyd and Tony for an early evening ride on Tuesday, then Friday with the addition of Jem and finally Sunday with just Tony and Lloyd again.

Tuesday was pleasantly warm and given the latest version of lockdown (semi-lockdown-lite I think), the trails seemed full of riders who had all sacked off their work commitments early to get a final ride in.

I was on the Bird Zero AM hardtail and Lloyd and I headed over to View to a Kill before climbing up to Ranmore, bumping into Toby, George and co. of the Dorking Cocks along the way. Lloyd and I had a sprightly blast down Rumble in the Jungle before meeting a late starting Tony. Then, back up to Ranmore and on to Wire in The Blood. The trails offered grip in abundance and my hardtail was making the most of it. 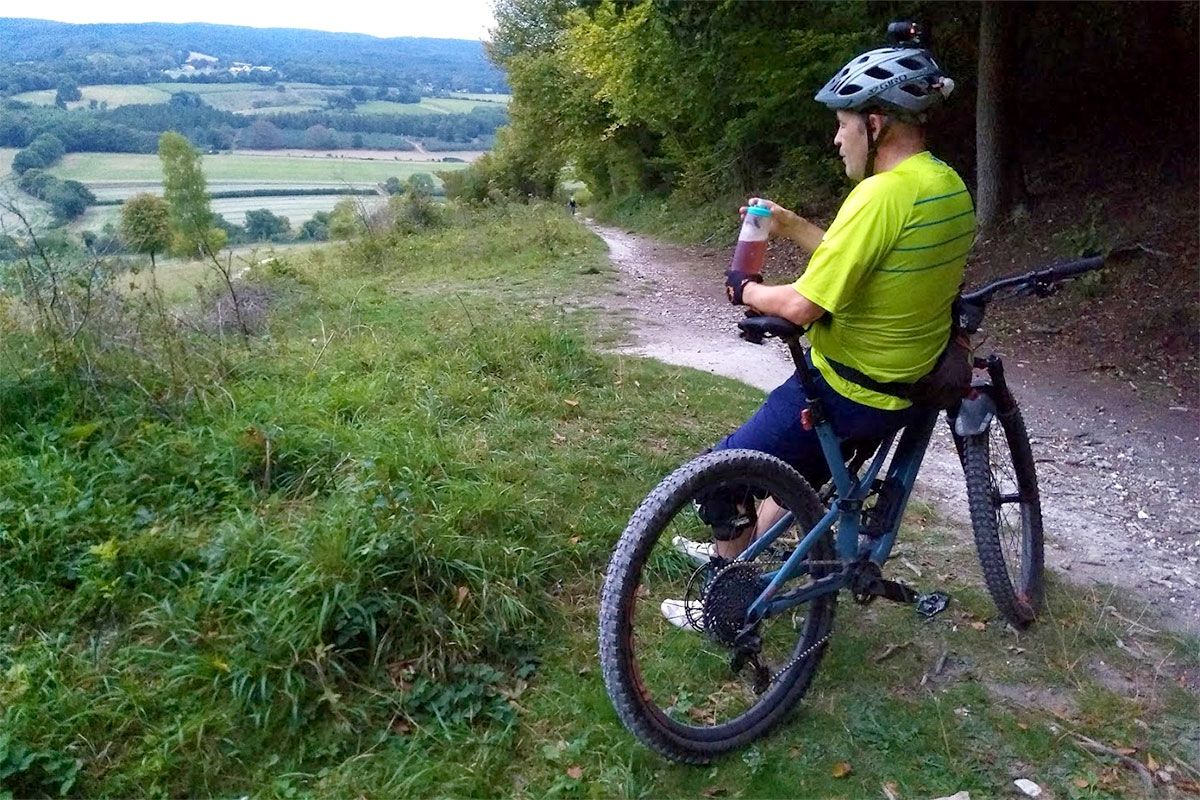 We climbed White Down, then through Trouble In Paradise and over along the North Downs Way to Sawmill. I had the luxury of following Tony, now with our lights on as the sun was long gone. Sawmill is pretty rough on a stiff hardtail but despite the battering it was great fun. It did require a bit of manhandling though.

Our enthusiasm levels were sufficiently high enough to try the Impossible Climb which so nearly for me became the Possible Climb. It’s a long time since I got similarly close. Next, Wonderland and then up through Sheepleas for a meander among the hazels. How Lloyd keeps his bearings I’ll never know.

All in all, a classic Moles evening out really.

What we missed Tuesday was a stop at the pub but for Friday we planned ahead. Jem joined Lloyd, Tony and myself for some Mickleham riding. The start was another trip down View To A Kill and a climb up to Ranmore, then it was a rapid descent to the A24 via Red, White and Rose – another classic Moles trail. Blimey, it was quick on my Jeffsy.

Past Box Hill as the last of the sun started to fade, it was decently cool with a bit of a breeze picking up. We stayed warm by climbing up to Mickleham Gallops and then Jem offered us an alternative entry to the Wizards Sleeve. Which was easy to misunderstand.

It turned out to be a lovely flow trail along the side of the Gallops which eventually segued (via a sharp upward turn) into Wizards Sleeve. 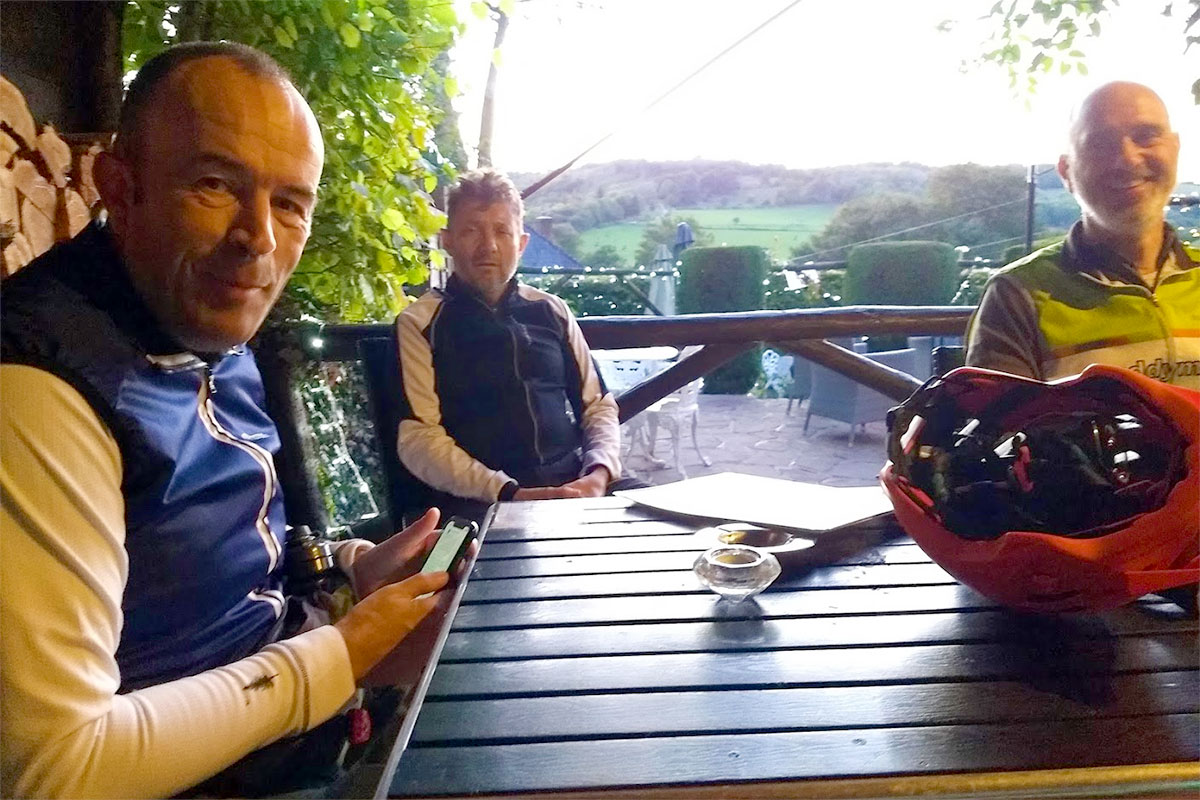 At the bottom we faced another climb up to the Gallops but then picked up Lloyds Left Leg back toward Stane Street. Once again, grippy trails meant super fast riding over familiar trails.

We finished on Pot Noddle before heading for a booked rendezvous with the King William IV pub for refreshments. Despite bringing jackets, the temperature dropped very quickly with the breeze so pick your seating area carefully to be near a patio heater!

Our week of classic routes continued with once more Lloyd, Tony and myself setting off on a trip to Reigate. I haven’t been this way off-road for over six months now since the end of the Before Time, when previously it would have been once or twice a week. I was back on the Bird as we started our ride once more via View To A Kill, before heading through Denbies and up onto the Gallops.

We passed The Ghost rider at Headley, and carried a high pace on to Reigate and Colley Hill. The wind was pretty strong – you could hear it in your ears (as well as the motorway) but fortunately it was at our backs.

Reaching the busy Reigate tea rooms we decded to press on round Gatton, knowing a warming climb at the end would help when we were sitting around drinking coffee. So it was a fast blast through some of the classic hits of Gatton Park, quite literally in my case as I failed to see the low hanging branch and walloped my head quite firmly. On the final climb to the tea room Tony and I explored a side trail which was rideable uphill but clearly designed for riding in the opposite direction. It will be on my list to try next time we are over that way.

We finished the ride in full nostalgia mode – back across the (for once) busy golf course, then Headley, Secret Singletrack, Life on Mars and finally Alsation into Leatherhead. It was a reminder that you don’t need to travel too far to enjoy a decent ride with your mates, at least when the trails remain dry. 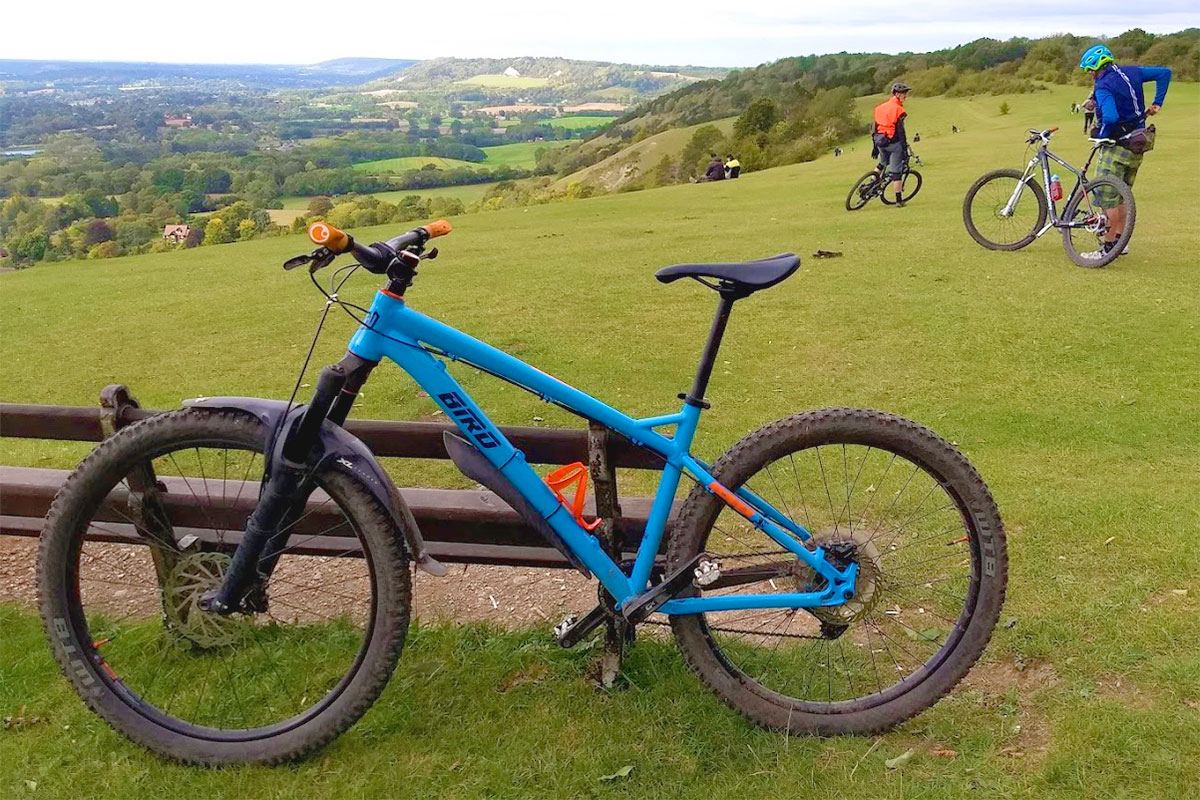 Filed under Rides in September 2020