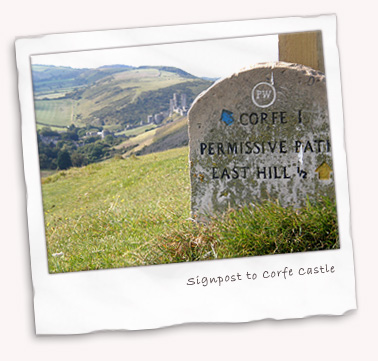 With an alarming sense of panic setting in over our forthcoming sojourn to deepest darkest Thetford (on the back of what has been a rather barren spell in the saddle recently) combined with a well timed family holiday in Dorset, I was recently able to take full advantage and indulge myself with one of my favourite rides; a Purbeck Killer Loop.

I’ve previously written about the riches this ride delivers, but until you do it again you really forget how great it is and one that deserves its place in the ‘killer’ category. It’s cross country riding in its most pure form. Big ascents and descents (with a bit of pushing too for all but the elite) with the odd stretch of twisting singletrack combine to make this a memorable and challenging day out (especially when you have a nocturnal five-month old!). Combine this with the great views you are rewarded with for all that climbing and it stands out as a ‘must-do’ ride.

My challenge though for this attempt was to uncover the much talked about section of singletrack known locally at least as Frank’s Tank, which I’d failed to locate on previous visits. So called because of the large ‘agricultural’ storage tank placed at the end of the trail on which is scribed ‘Frank’s Tank’, it essentially follows the edge of the Isle of Purbeck Golf Course in parts on a permissive bridleway as opposed to purposely created trail. With the area seemingly short of flowing singletrack I was keen to turn detective to uncover Frank’s source.

Thanks to a combination of Google, their online mapping and aerial photography (on maximum zoom!) and the Dorset Rough Riders website (a great resource for anyone visiting the area), I was fairly confident I’d mapped the area proficiently enough for me to navigate to the trailhead from the Ferry Road which runs between the village of Studland and the chain ferry at Sandbanks.

Turning off the road and onto the sandy terrain of Godlingston Heath, is in stark contrast to the previous miles of generally chalky terrain. It’s not long before the sandy tracks – not unlike our own Wolverns Lane in parts – are sapping every ounce of energy from tiring legs (if you start this ride from Corfe Castle like I did). Rounding the Agglestone, a 400 tonne sandstone monolith, I was soon at the start of what I hoped was Frank’s Tank, buoyed by the sight of a partially obscured flag and signs warning of the golf course’s all too present dangers for trail users, not too mention a mass of two inch wide tyre tracks. 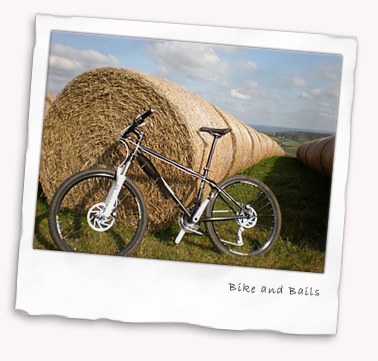 It starts with a short incline before settling down into a progressively downward gradient with a couple of short upward bursts that pass without too much need to put the hammer down, so much is the speed you can carry into these sections. It’s a great little interlude on a ride that is so dominated by wide open expanses. The latter half of the trail effectively throws you into a series of fairly narrow gullies with assorted lumps of sandstone and plenty of little stepped drop offs (think Telegraph Row) to keep things interesting, And, sadly, before you know it you are levelling out and arriving at Frank’s Tank wishing you could go back and do it all again.

As singletrack goes it’s not quite in the same league as our own Barry Knows Best or China Pig, but in a landscape where big chalk hills and exposed ridges rule the riding, its great to experience just a few minutes of what we perhaps take for granted on our own Surrey Hills.

As for the rest of the ride, my route started from the visitor centre in the shadows of Corfe Castle from where you quickly gain height heading up onto Knowle Hill and onto the ridgeway running as far as the viewpoint not far past Grange Arch. From here it’s a fairly short descent over some loose stuff before picking up the road to Steeple Leaze Farm. Through the farm you are, beyond the gate at least, faced with nothing short of a clamber up what would be a nice, if not tricky, descent in the other direction.

At the top it’s not long before views of Kimmeridge come into play and wider views of the so-called Jurassic Coast, although that in itself is not enough to take your mind off the slog that awaits up to the trig point atop Swyre Head.

Much of this ride is across open farmland and so it is all too often punctuated with stops to get the bike through a gate of sorts, which whilst necessary of course, is a frustrating feature if you aren’t quite so used to it. However, for me at least, it represented a genuine excuse to stop momentarily a few times on the way to the top.

Running down the sweeping descent from Swyre Head you are quickly in Kingston via a short road stretch and beyond the village awaits a nice technical descent down a rock-strewn bridleway to Woody Hyde camp site. From here it’s largely upwards again via road and bridleway until you are back on top of Nine Barrow Down, where you run along the ridge until a nice descent to the Swanage-Studland road. 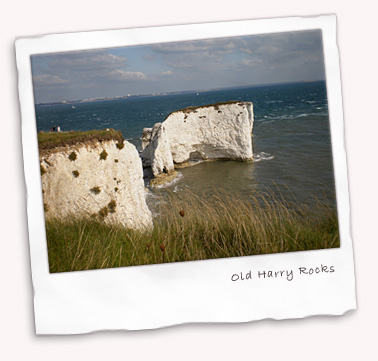 It’s progressively upward on the road until you hop back off road again onto a much steeper climb to the Obelisk that signals the start (or end I suppose) of Ballard Down and the run down to Old Harry Rocks, but not before stopping to take in the views of the Isle of Wight in the distance and Poole Harbour behind.

At Old Harry, it’s an easy path into the village of Studland where a variety of refuelling options present themselves. I opted for lunch on Knoll Beach, complete with NT café, so nice was the weather.

From a well earned lunch stop it was off to the contrasting heathland to find ‘Frank’ with thankfully only the minimal amount of map faffage, which then only leaves you with a pretty draining climb back up Brenscombe Hill back onto Nine Barrow Down and the grateful downward run back into Corfe, where you can seek further sustenance or collapse into the car like I did.

Arriving back at the car a little over five hours after setting out, this is, when you consider the travelling required from home ordinarily, an all-day affair, but one that is worth the trip if you like big days out on natural trails. The only thing I forgot to pack for our entire holiday was my GPS, so mileage will just have to go down as 20 plus.

Thankfully I had cracking weather for this ride. I’d imagine given the route’s proximity to the sea that it’s not much fun when there’s wind and rain battering you from every angle, so perhaps this is one to add to the 2010 ride calendar just in case.

I should add that for those travelling down from our neck of the woods, would be better off starting from Sandbanks, parking in the large car park prior to the chain ferry. You can then travel across as a foot passenger and pick up the route on the heath.

For a sense of the ride, terrain and views check out a few photos on Flickr.