Clive reckons we should rename ourselves The Water Rats and after today, he may well have a point. Not for the first time we put the Muddy into Muddymoles…

It was inevitable really. Autumn is progressing and the trails were already soft before heavy rain over Saturday afternoon and night. At least it wasn’t as bad as elsewhere – they had to close Llandegla because of snow this weekend and parts of the Midlands and points North are properly underwater.

What this meant was in some ways an attempt at the easy option today – a Reverse Newlands whereby we head along to Newlands Corner before dropping down the valley and heading for home. Some of us were seduced into thinking it won’t be that bad, but some of us had no such illusions. And they were the ones proved right.

First off, we started from Bockett’s Farm for the first time in about four weeks. That meant me, Elliot, Lloyd, JohnR and Karl with a message from Jem to say he’d meet us on Ranmore.

No problem, but as soon as we started down the Admiral’s Track it was clear it was a swamp. Lots of soft, loose, wet mud just about everywhere along here, except where the path was blocked by 25ft puddles. The usual really. 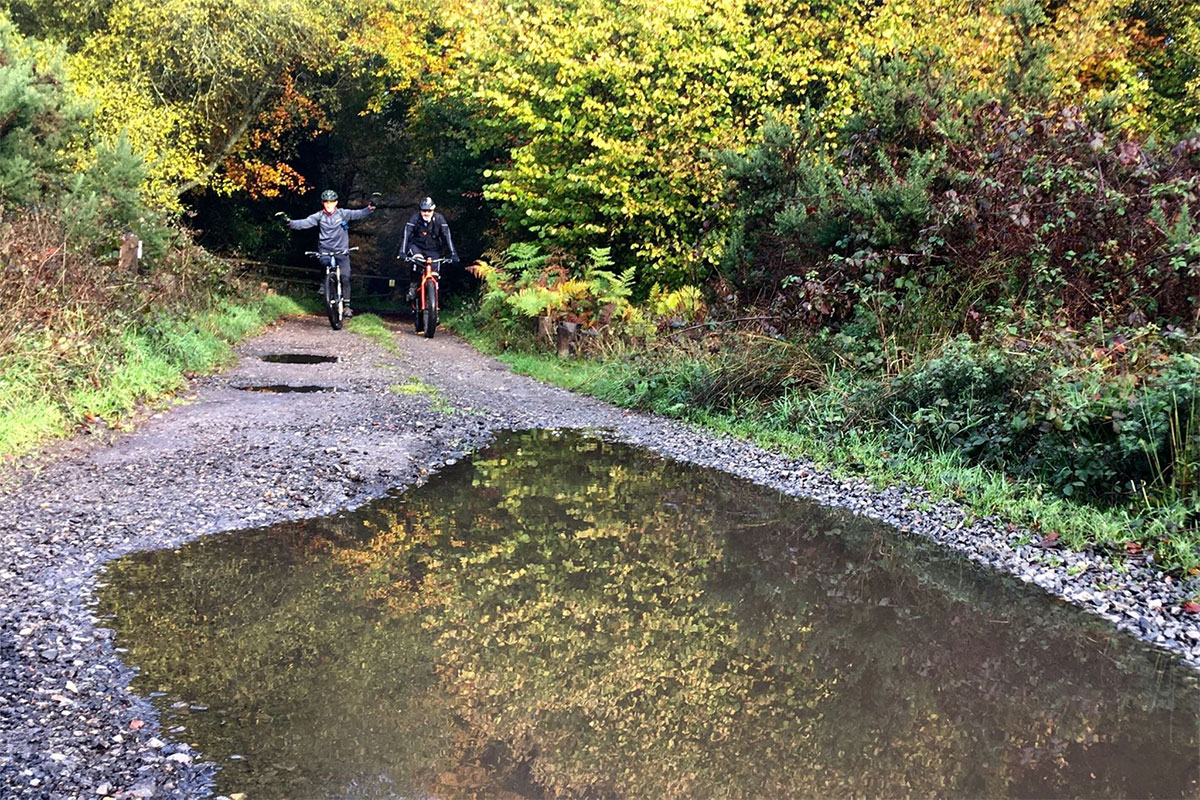 When it wasn’t properly muddy, the surfaces everywhere was sopping wet anyway. It meant a day of slipping, sliding and splashing our way to forward progress. So, no heroics today, just the enjoyment of being out for the morning, which eventually had the sun breaking through the misty cloud to give a golden day.

We found Jem on Ranmore, then dodged Collarbone for a simpler route along the ridge to White Down, picking up bits of doubletrack I haven’t ridden since the early days of moledom. It all turned out to be nicely rideable without too much effort and got a little more meander-y as we neared White Down. 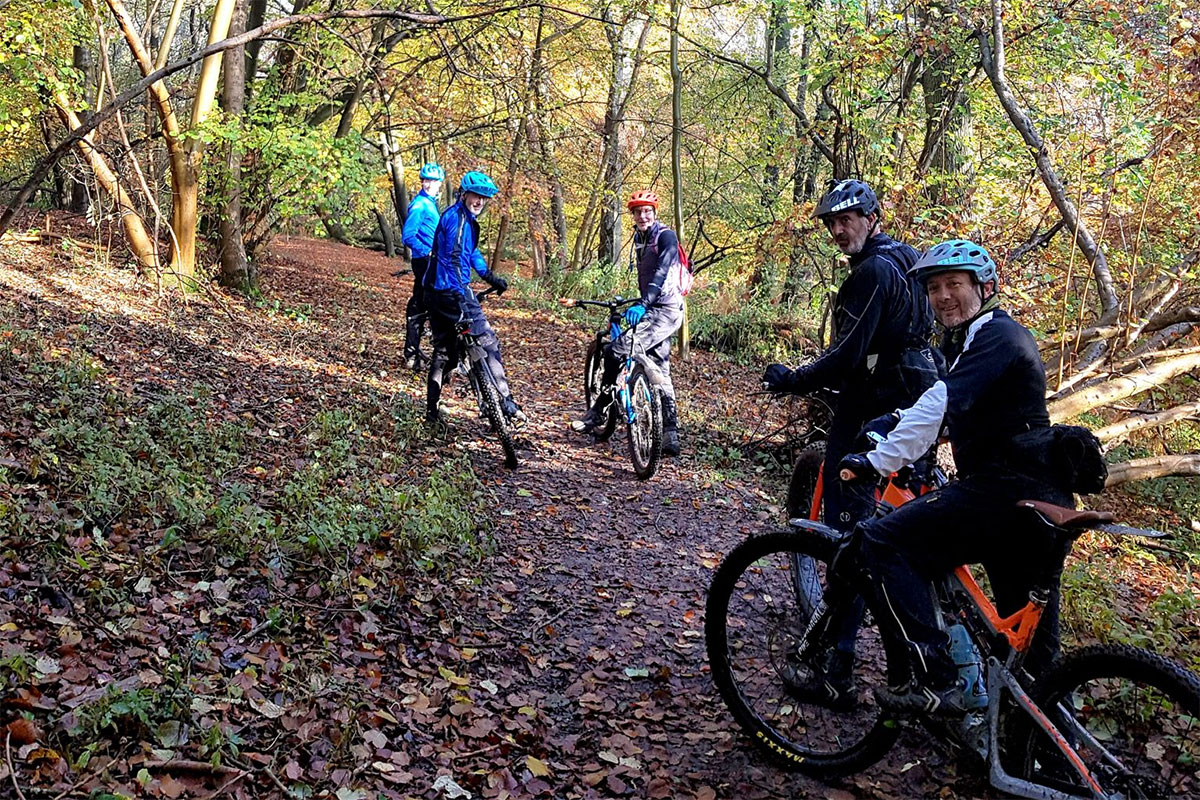 Then, further splashing round Trouble in Paradise and onto the North Downs way near the Reservoir. Our bikes slipped and slithered but at such a low speed it was good fun negotiating our way along, picking careful lines of least resistance where we could and making the most of any grip we could find.

The long downhill run toward Newlands actually had our pulses dropping too, so that by the time we got there I was starting to feel a little chill in the hands. We then swerved the chance of bacon rolls at Newlands for a rendezvous with the Dabbling Duck at Shere, which meant setting off down Water Lane. If you can’t work out why it’s called Water Lane you should ride down it on a day like today! 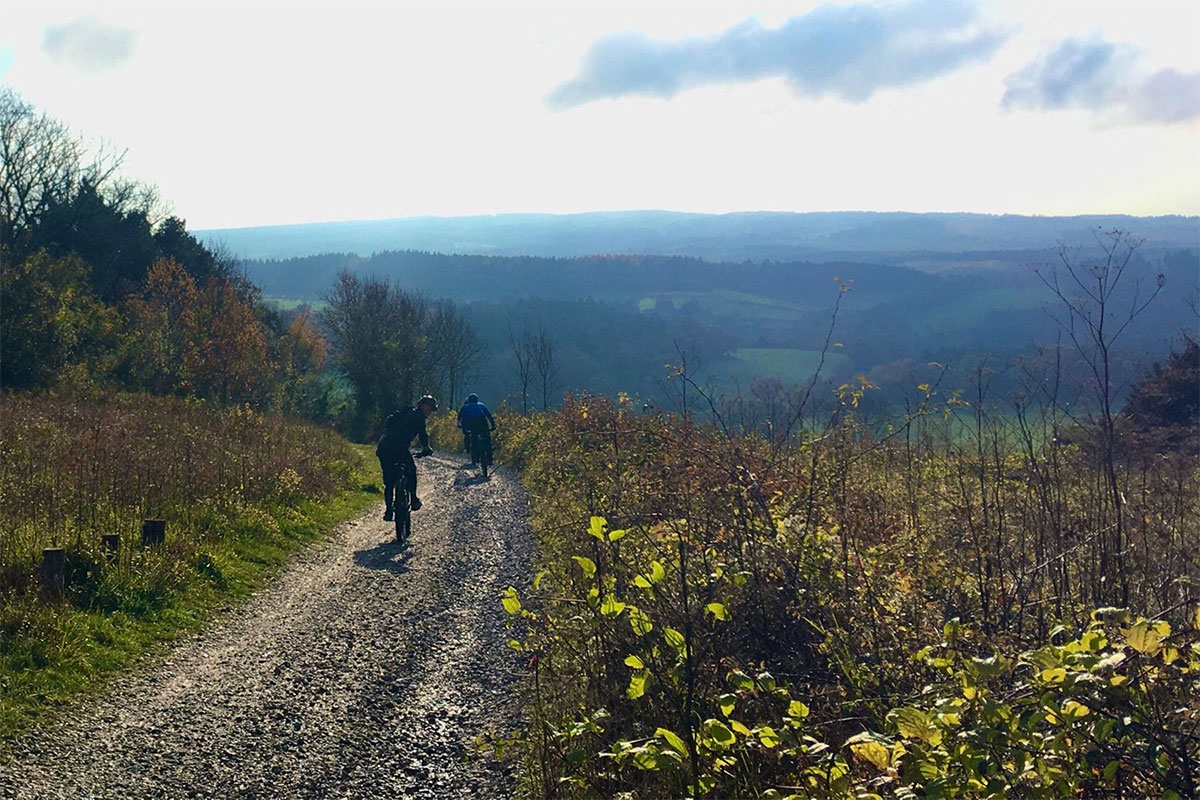 We needed the climb up Blackheath Lane just to warm up at that point, although our progress was hindered at the top by a friendly woman towing a horse box ‘bloody wheels stick out too far!’. She sounded like something out of a French and Saunders sketch but nice and jolly. Next it was past an ambitious family walking a baby stroller through deep wet sand before we crossed Albury and Little London.

Running into Shere we also found a cheeky route through to Chantry Lane which made a nice flowy run thorugh the trees before a stop in the Yurt at the Dabbling Duck for cake and coffee.

Fortified by sugar, we burned that off pretty quickly climbing Colekitchen Lane, past the diligently yapping dish-mop of a dog and on up to Drovers Road again. I was glad we weren’t pushing too hard but I was also aware I was slowly getting more and more tired so was glad that the route back was nice and simple. The pace stayed consistent without putting me into the red zone and I was glad for that today. 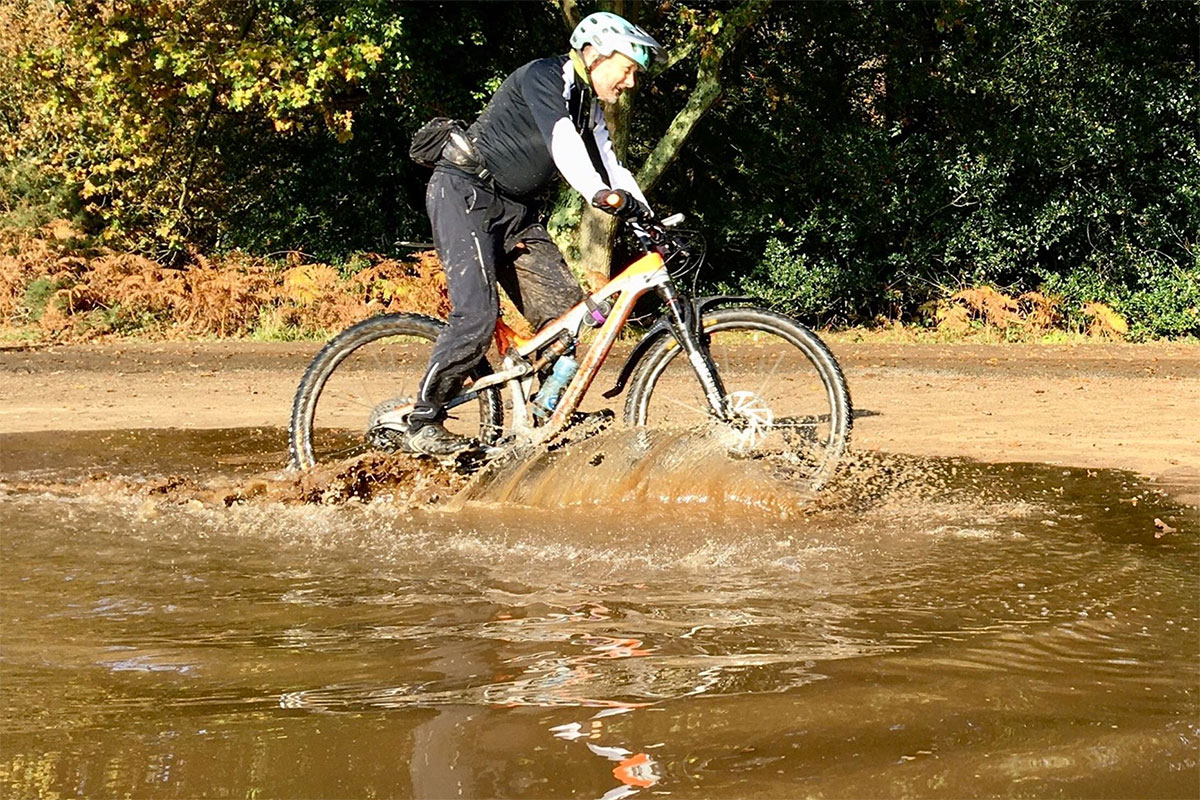 Puddles remained – I don’t actually think we rode anywhere that was not sodden today, let alone dry. Some of the puddles – along the Drovers Road – were enormous and while Lloyd and Jem were happy to risk the possibility of drowning, I happily took slippy detours where possible to save the bike from more abuse. It wouldn’t surprise me if more than one BB needs replacing after today.

Anyway, we dropped Jem off on Ranmore, then it was an easy run down Yew Trees, followed by a painful climb up Yew Trees to get back to Polesden and the bail out zone. I peeled off at Crabtree Lane and got home with 25 miles clocked.

Good fun – it didn’t rain but we didn’t stay dry!

Filed under Rides in November 2019