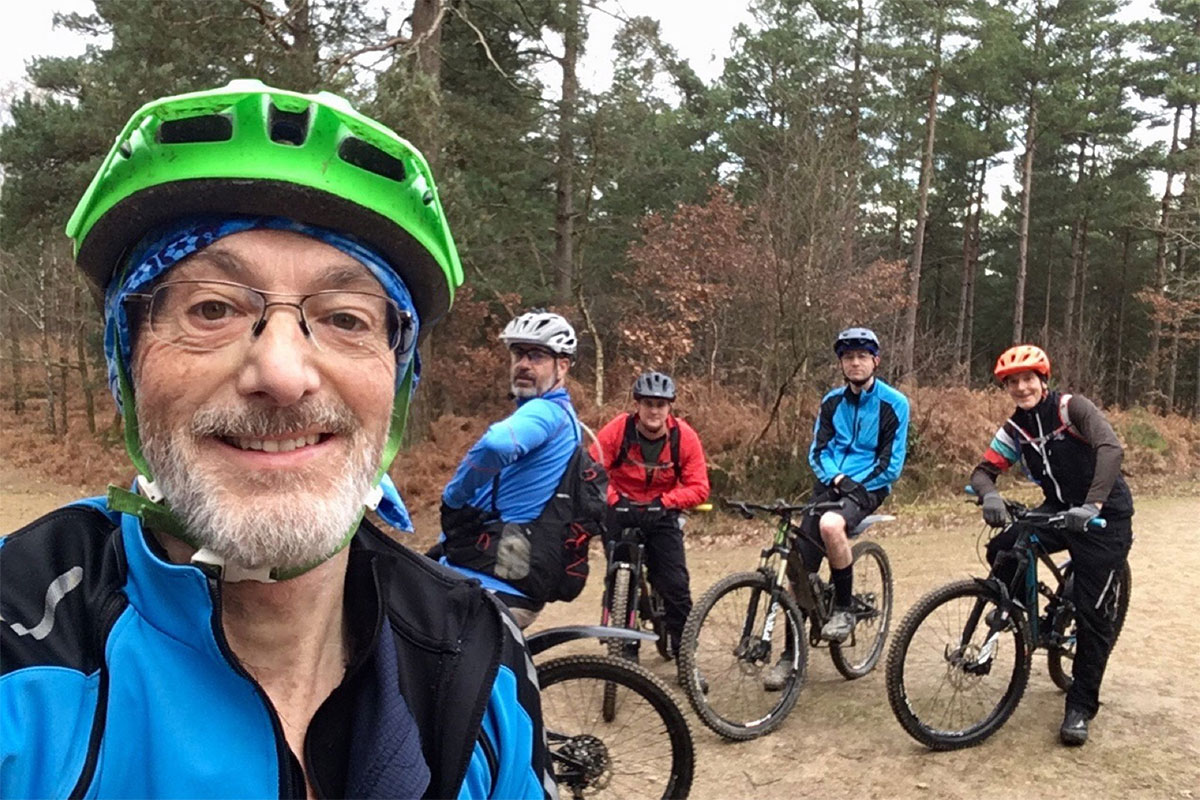 Why was that? Well, we’d all agreed to start from Abinger Roughs to maximise our riding time over on the ridiculously dry trails at Holmbury and Pitch Hills.

I was driving over to Abinger via Dorking with my bike on the back of the car, when I felt a thump exiting Box Hill roundabout. Looking in the rear view mirror, only the blue handgrip of the Jeffsy was visible, so I swiftly swerved into the bus stop to investigate.

What I found was the bike hanging horizontally off the back of the Thule bike rack by its wheelstraps, because the arm had let go (I really wish I’d taken a photo). It was all my fault – I hadn’t tightened the arm properly and would have been mortified if a) I’d hurt someone behind and b) damaged the car or worse still, the bike!!

Fortunately the straps are extremely strong and hadn’t snapped. Fortunate too was the car, the rack and the bike were all undamaged, so after re-fitting the bike it was business as usual.

Which meant making my way on to Abinger feeling slightly lucky that no harm was done.

The car park was empty when I arrived but soon it also contained Lloyd, JamesW, Elliot and after a pause for dramatic effect, JR. It didn’t take long before we were on the trails through the Roughs and heading up the Paddington Farm climb. 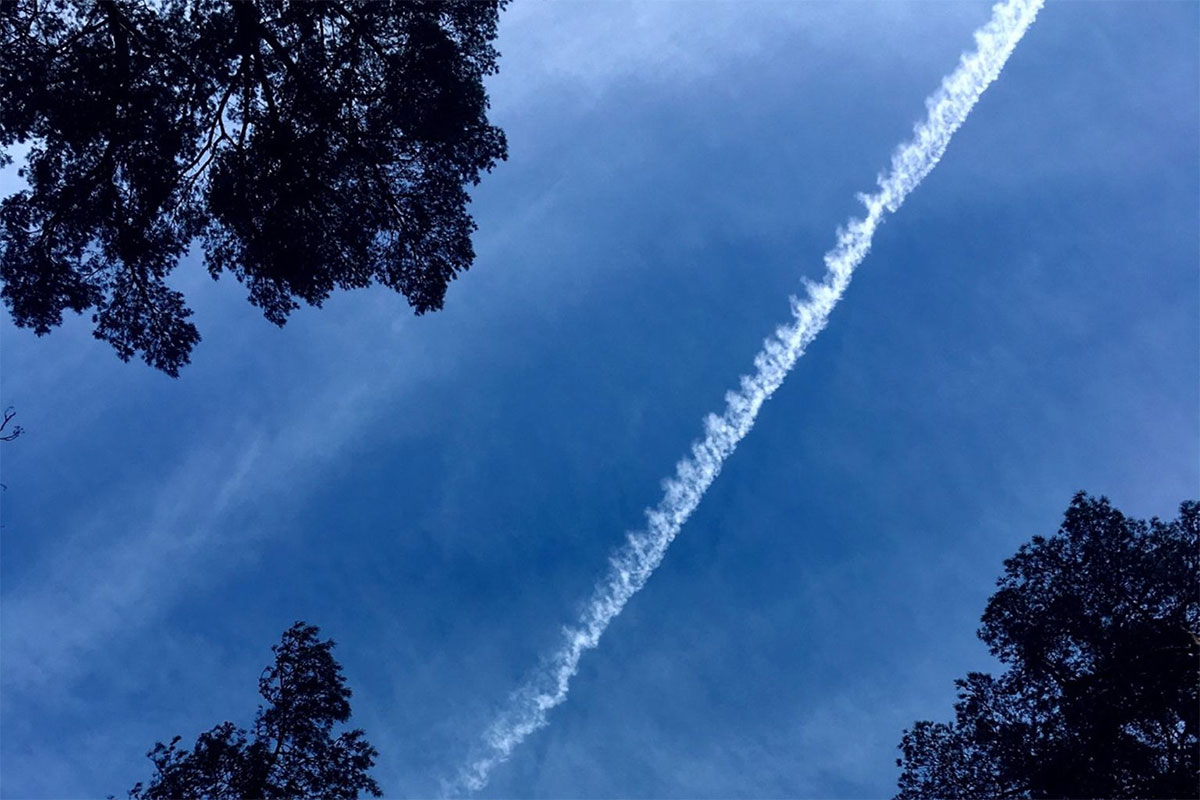 There is only one defining characteristic to say of the trails today – they were completely and utterly dry! This was A Good Thing as it meant we could get stuck in to the Hills knowing that there was grip in abundance.

After some three miles of climbing from Abinger, we picked up what Strava calls Return of the Jedi – we had much vagueness at identifying any of the trails we did today but it’s the one that has lots of rollers and a couple of tightly-spaced trees to negotiate that takes you back in the direction of the Youth Hostel. 760mm bars OK, 800mm, not so much!

Back up to Holmbury, it was the turn of Secret Garden followed by Jerk Chicken and then… back up! I Should Coco brought us round eventually to the Reservoir so that by the time we started off down Barry’s we’d already put in a lot of work. I’m not used to my heartrate whacking up so quickly and so often into the 170s!

Barry’s was as good as always. Fast, entirely rollable if you are so inclined (jumpy if you’re not), pedally in places – putting a premium on fitness – but always great fun. It’s a classic of the Hills.

We could have swung at this point in to the Stores for coffee but I think we all realised that if we had done that we wouldn’t cover half the distance we might manage and with the trails so fine it was crazy to pass up the chance.

This meant hardening ourselves temporarily to the call of the (cheese) straws and heading round to Walking Bottom and up onto Pitch Hill. The usual long climb on the sandy fireroads brought us to the start of the T-trails and a fast pedally blast back down to the start of the Graveyard.

The Jeffsy was handling really well today. I’ve recently upped the air pressure in the rear shock because I kept getting pedal strikes and it seems to have helped it sit at a better point in its travel too. Coupled with the tight turns allowing me to get the front to bite it felt really good and flowy all day. It’s worth experimenting with a shock it seems, even if its quite basic like mine.

Soooo anyway… back up! This time to do RollerCoaster, followed by Proper Bo which led after a new short bermy section, onto the Graveyard run down past the Church to the Walking Bottom car park.

At this point, coffee and cheese straws were calling, rather loudly! The call seemed to be heard equally by everyone else, because Peaslake Stores was packed! Loads of riders out today and it’s not even peak season. 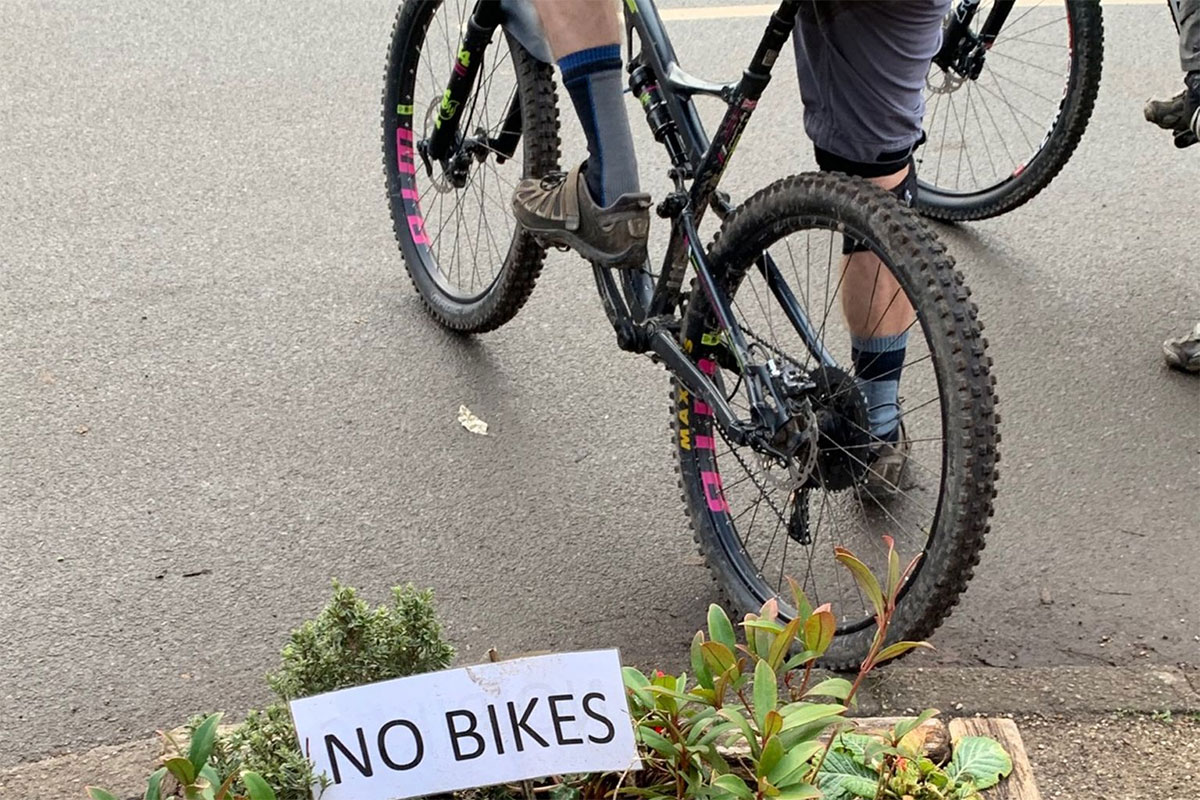 Our break was over all too soon for my liking but the agenda was still full and there was no point delaying or letting ourselves get too cold. So back up the Walking Bottom fireroad it was, this time to the car park at the far end at Mill Bottom and over the road up to the Windmill.

I haven’t been up here for a while and suggested Two Headed Dog for fun. It’s easier than I remember but either we’ve improved, or the feature has eroded or the bikes are miles better* because it while it remains steep and unsighted, it was also quite straightforward. 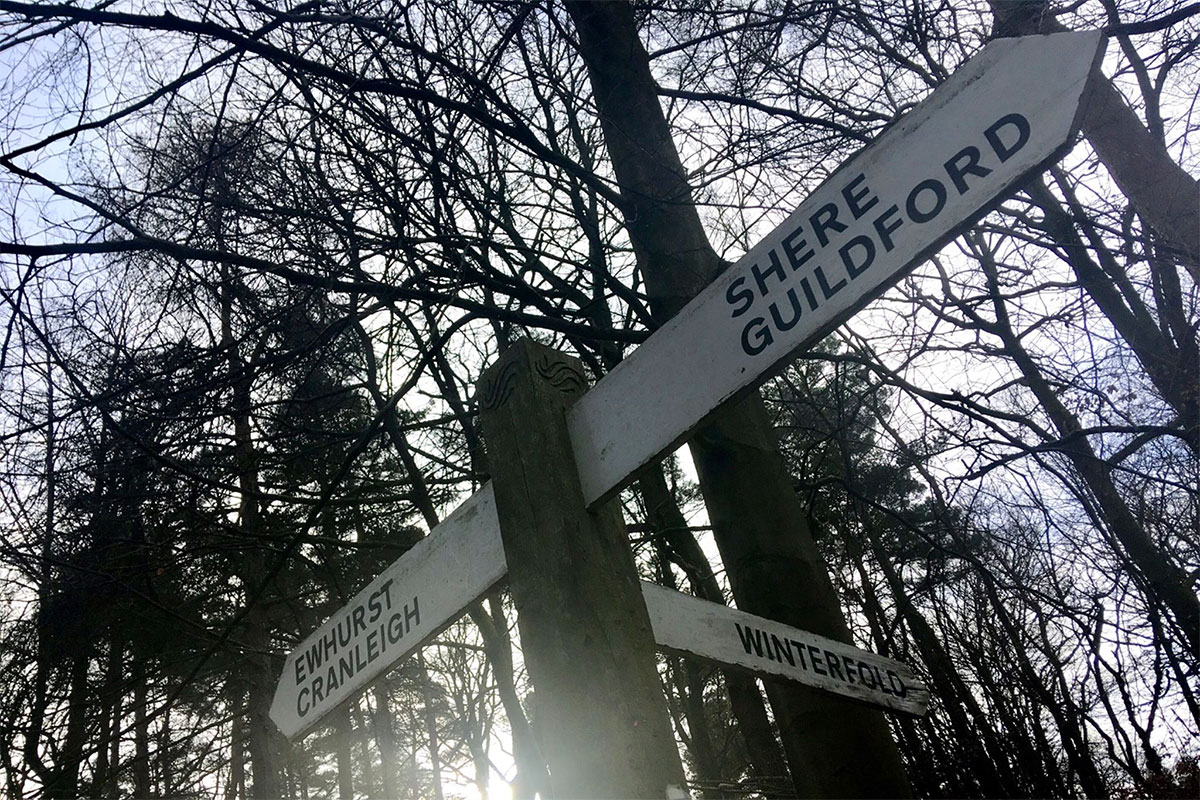 Next it was straight down the road (we could have picked up the trail at the Four Winds sign) and on to Otter’s Pocket and from there to a rapid blast down SuperNova back to Walking Bottom.

At this point, Lloyd was starting to feel the days efforts but he kept plugging away up the brutal climb to Bently Copse, a climb only JR (and perhaps Elliot) could love. JR was moved optimistically to suggest it was the last climb of the day which errr, wasn’t quite the case!

We eventually ground our way back to the Four Winds sign and from there it was Evian (steep and fast and huge fun), then on to the sweet joy that is Secret Santa.

This led into a very wet River Lane , followed by the long drag that is Ponds Lane – today sandy, sapping and full of (friendly) walkers. 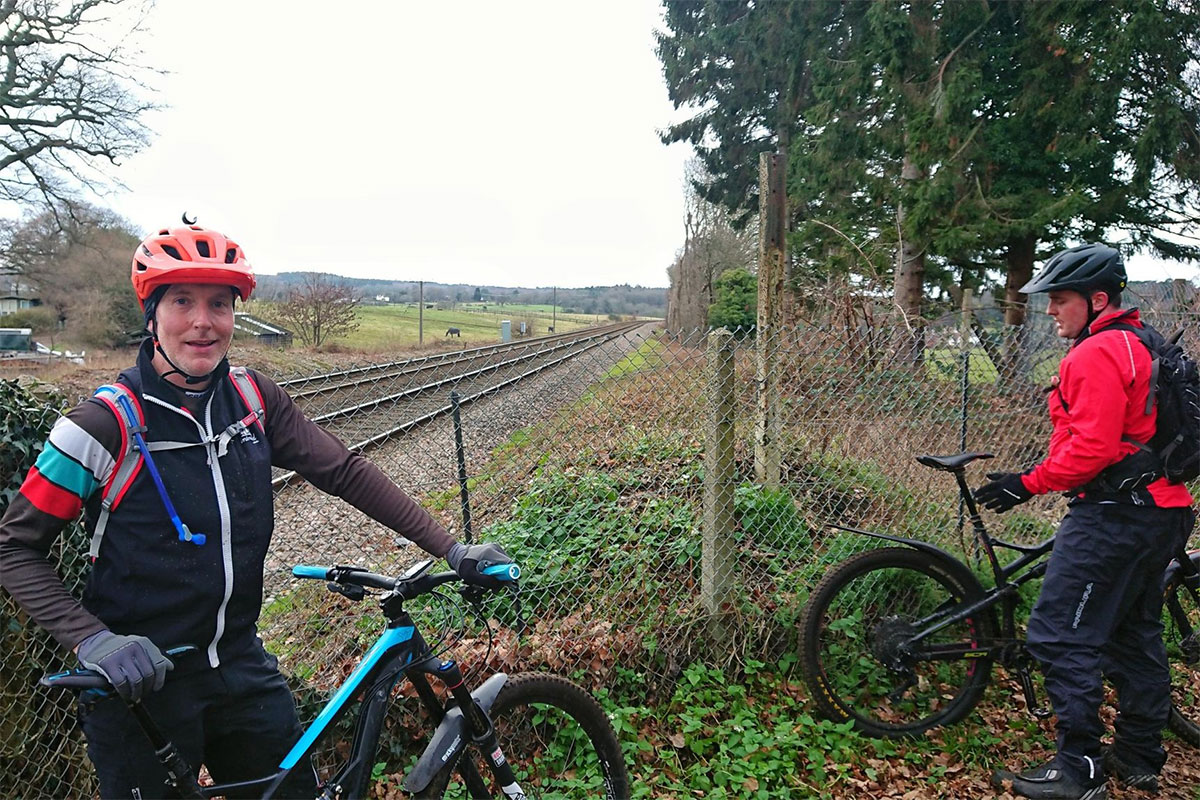 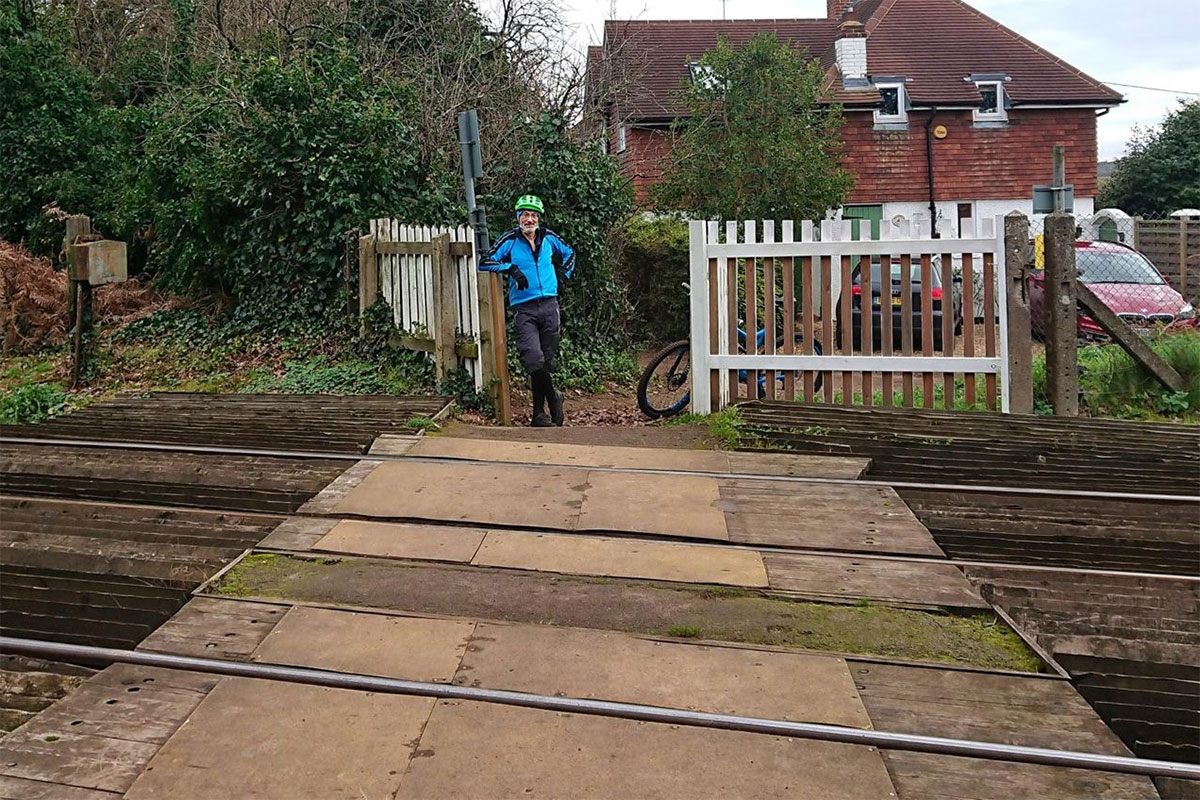 I think during the course of that we all had to admit the days efforts were getting the better of us. It was hard work and we still had a few miles to go to get back to the cars.

By the time we reached Shere, Lloyd was clearly suffering and decided to head into the village for an extra food and drink stop. He was happy for us to press on to Abinger, by now my backside was feeling pretty sore too as the Jeffsy saddle does not fit me (too narrow).

Our return saw us reach 24.5 miles for the days efforts with 3,200 ft of climbing. That was a big day out but at least we’d made the most of dry trails as intended!

* John’s reasoned and hard to argue with logic. I’m going with erosion and a better bike for me, rather than any riding improvement!