I wasn’t expecting to see anyone at the garage as I rode up Eastwick Road at 7.30pm, my forum post eliciting a sole response from Kev telling me that it would be ‘Dark side only’ for him.  It was clearly an omen that he ended up stuck on the M25, and I don’t think managed to get a ride in of any description 🙁 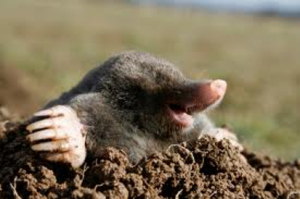 But what’s this?  A mountain biker skulking by the air compressor and water tap?  Calvin had ridden over from Dorking to join us, thus in one blow dashing my hopes of a quick 60 minute splash through the puddles and retiring to the pub.  I had a vague plan to head along the North Downs, maybe investigating a recently spotted trail or two if we made it that far (we didn’t).

It was a dry and almost sunny start to the ride as we made our way to Wiggly Wood, where Calvin let slip that he’d ridden Land’s End to John O’Groats in the last few weeks with some mates, a quick 1,000 miles in 9 days.  This combined with his admission that he was just 3 years older than my son made me realise that I wasn’t likely to be in for a slow ride.  I was riding my winter hack, the Alfine-hubbed, On-One 456; Calvin had a fine looking Ibis Mojo SL.

We headed around the back of Polesden Lacey for the Youth Hostel, taking in the ‘Smack in the chops’ short and sharp climb rather than the ‘thumbscrews option’ of the main drive.  I failed, blaming the Alfine’s gearing, naturally.  At the top we tried further cheeky trails to reach the North Downs ridge, rather than joining the top of the Yew Trees climb.  I was lost, if truth be known, but had a vague idea of the general direction and we eventually made it out onto the Ranmore Common Road.

Badger Run and Collarbone were followed by Trouble in Paradise (chickened out of the logs, too wet) and Short & Sweet.  We also pootled around looking for the start of the Reformation trail, which I know the Nirvana boys have been working on, but failed to find it.  My revised plan was to head via the usual North Downs Way route towards Crocknorth Road and the Lovely Linda fast descent.   I was expecting a quagmire as we headed through the bluebells, but though there were a few puddles, the trails weren’t too muddy.

Lovely Linda was a blast, but distracted by a bat flying ahead of me, I had a huge sideways moment as my wheel caught a branch fallen in the recent winds.  Calvin’s cry of “Good save” gave me a confidence boost, though I think it was more luck that kept me upright.  Following this, we climbed up past the sawmill and onto the North Downs ridge again for the long slog back towards Ranmore.  We missed the turning towards the reservoir, as Calvin was exercising his legs and I was struggling to keep him in sight, so we ended up on the main path dodging the deep puddles.

In conversation, it transpired that despite cycling in these parts for 13 years, Calvin was unaware of TTW3 (aka Red, White & Rose).  So this was our final fun descent of the night, and great fun it was too.  For a millisecond I even enjoyed the vibrant blues of the bluebells picked out in the lights as I plunged through the darkness.  On reaching the A24, we were successful in finding Calvin’s glove he’d dropped on the way out to Bookham, so a happy conclusion to an enjoyable, if brisk, evening’s ride.

A very slight drizzle descended on the way back to Bookham, but nothing to dampen the spirits.  If we don’t get too much rain over the next few days, the trails should soon return to form.  Here’s hoping 😉