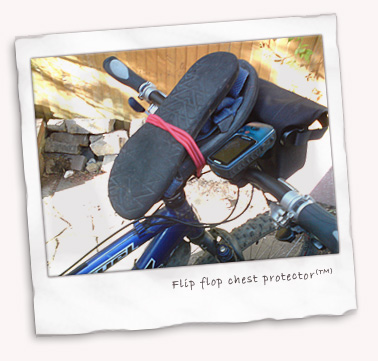 The South Downs Way is a 100 mile route from Winchester to Eastbourne and I finally got around to giving it a go. A mate and I chose to ride the route over two days, which seemed enough of a challenge without being stupid hard. How wrong we were.

On our side was the weather as conditions couldn’t have been better and we were rewarded with some of the best scenery the south has to offer. It really is a beautiful landscape up on the Downs with views of the sea to the right and English countryside to the left.

You are never going to get a real ‘wilderness’ experience in the South but you do feel like you’re in some big country when up on the top. Unfortunately, such dramatic scenery comes with a price. Hills. Lots of them. The height ascended over the route is getting on for 4,000 metres climbing. That’s about half way up Everest.

The first day was the easier of the two and we kept up the momentum pretty well, only being slowed by an early puncture and then battling salmon-like against the flow of a marathon that used part of the downs. Big respect to those taking part. Biking was hard enough and I can’t imagine how unbelievably hard running a marathon on the Downs is.

We politely kept to the edge and gave everyone a cheer. As we met the marathon at around their 20 mile mark some of them clearly needed any support on offer. Our overlap with their route didn’t last for too long and we were soon able to pick up speed again.

We split the distance 50-50 over the two days, stopping in Storrington at the half way mark. I can heartily recommend the White Horse for accommodation. It’s a really nice pub/hotel. We missed out on eating in their restaurant which was a shame as the menu looked a cut above typical pub fare. A curry house just up the road filled our hungry bellies, lubricated by a few chilled pints. We probably overdid the beers a little but boys will be boys.

After struggling on the second day I would suggest that a 60-40 split would have be a better option if you can find accommodation with room (we couldn’t). Coming off the downs for Storrington also means a huge hill in the morning just to get you back on track. If you do stop there then take the bridleway descent off the downs if you want a buzz to end the day. There is a road route just east of the town that you can take back up in the morning to ease the return leg.

Navigation was easy enough but I did have a GPS and admit it was useful on occasion. A couple of signs were overgrown so it saved faffage time with maps. Some guys we met said they had difficulty following the trail at the Winchester end, which is less obvious.

On the second day, the climbing was ramped up a notch and I really began to feel it. Our overnight ‘rehydration’ probably didn’t help matters either. The amount of climbing you do gradually wears you down. I even succumbed to swearing at hills. Not rational I know. It’s only a hill after all so I don’t know what sort of reply I expected. I even walked some of them, not something that happens too often either.

We also happened to cross the London—Brighton bike ride as they crested the Downs before their run into Brighton. It may be a good day out but it didn’t appeal. Hundreds of bikes crammed onto the same road route. Give me the empty hills any day. We did, however, take of advantage of the ice cream van that was doing a brisk trade at the top of Ditchling Beacon.

One thing I’m learning about big rides is that a lot of the battle is mental. I was eternally optimistic that the big bugger hill right in front had to be the last one before the run into Eastbourne.

Again and again my hopes were dashed to find an even bigger bugger hill soon after. So don’t bother trying to second guess as you’ll just get disappointed. It’s over when it ends. Don’t dwell on the map either. Everything has ‘beacon’ in the name, which you know is going to hurt.

Keep drinking, keep eating and keep going. I’ve done a few big days touring and it’s definitely beginning to instil some inner confidence that I know I can do a big day on the bike if needed. I still suffer from a little gremlin nagging ‘when will it ever end?’ but I’m gradually learning to ignore it.

Despite the hard work — and because of the hard work — there was a real feeling of elation when we crested a hill to finally see Eastboure below. We’d done it. Over two days we travelled the length of the South Downs. We buzzed our way down to sea level and headed straight for the train station.

Our joy, however, was short lived. Because of the London-Brighton ride we’d met earlier the whole train network was closed to bikes. Thanks Southern Rail! Other halves were phoned, strategies were contemplated, routes plotted. And then we decided to stay in Eastbourne and just get drunk. Well why not, we’d earned it I think.

A quick pedal to the seafront and we were soon lodged into a hotel made for sitcom. It was probably classy in its day but now just a caricature of British seaside accommodation. The only other person under 60 was the receptionist.

Perhaps because of this kinship, or our manly thighs (joke), she let us store our bikes in the function room. Gold curtains, paisley carpets and two sheep shit covered mountain bikes. It made for quite a sight.

So after a few beers and more calories than I’ve ever eaten in one sitting we retired for the night and caught the train into London the next day. Exhausted but another biking ‘must do’ ticked off the list.

Filed under Rides in October 2008