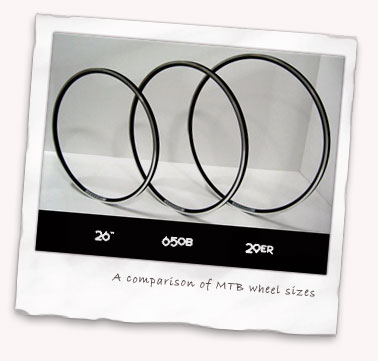 Being piggy-in-the-middle is rarely something to aspire to. In the case of mountain bike wheel sizes it seems the inevitable has happened to the kid we’d all like to love, 650B, as one his few mainstream champions, Haro Bicycles, pulls the plug on 650B bike production.

Billed from the outset as combining the best qualities of the established 26 and 29 inch wheel sizes, 650B (or 27.5 inches) has failed to ignite a bike industry feeding frenzy. As it turns out, in the opinion of Guitar Ted, the 650B wheel was never really the alternative it claimed to be.

On paper, 650B looked like a panacea, a way of getting the rolling and traction advantages of 29er wheels and the lightness and strength of 26ers. It claimed to be more compatible with full suspension designs than 29ers too, but we’ve subsequently seen some very successful 29er platforms and this year Specialized are pushing 29er Stumpjumpers and Epics so the industry seems to have that one nailed.

I’ve always quite liked the idea of 650B, being a niche within a niche that I could relate to. Fortunately I was saved from backing myself into a corner by the unavailability of 650B bikes in the UK. As Guitar Ted points out, not many retailers wanted to cater for yet another wheel size and from a manufacturer viewpoint it wasn’t necessary for a consumer to buy a new frame as is the case with 29ers. Just convert your existing 26er. Not exactly a compelling case for industry support is it?

So maybe this is the end of 650B? I don’t know and I’m not going to close the book on this one just yet but certainly it seems without widespread manufacturer support the idea is yet another cul-de-sac on mountain biking’s Trail of Life.

Filed under Mutterings, Trends in August 2010