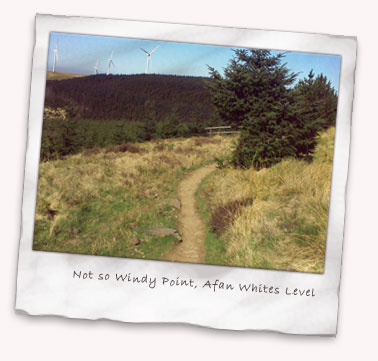 Being a dutiful son-in-law sometimes has its advantages. When the wife told me that she wanted to go down to see her mother you might think that was my mountain biking off the agenda for the weekend, but my in-laws live in the Brecon Beacons (25mins to CwmCarn, 50mins to Afan).

I casually mentioned putting the rack on the car and going for a spin on Sunday morning and got the nod. KerrrrChink! Sunday morning found me at Afan the carpark on my own – definitely billy no mates.

Not everything had gone to plan that morning. In my mind I was going to emulate the Moles early Swinley trip start, get to Afan early (8:30ish) and ride the whole of the Skyline trail for the first time, but the lure of the duvet had meant a late start. Plus my transport to Afan that morning wasn’t the speediest. The wife wanted the car so I had to borrow the mother-in-laws car. A 1989 Peugeot 206 1litre with a genuine 32k on the clock. It took me a while to get it started until I remembered the problem. That pull thing on the dashboard. Yep a choke. I don’t know how long it had been since I’d used one of them. So progress to Afan was “steady” (strict instructions from the father-in-law not to blow it up!) and I was ready to go at 10am in the Glencorrwg car park on a beautiful, warm, cloudless, spring morning.

As I said the plan in my mind was to do Skyline but the route details recommend 4-7hrs and that was off the agenda – not enough time. Slightly miffed with myself as I rode out of the car park and up the White’s level climb but it was a fantastic day and the trails were in perfect condition. I had a couple of early mechanicals with the gears jumping off the first sprocket plus I was still a bit annoyed with myself about missing the Skyline so caned myself up the White’s climb. Getting to the top it was just too nice a day to only ride White’s so the plan soon re-formed to ride the W2. The trails were empty and everything was flowing beautifully even the W2 link between the trees wasn’t too muddy. 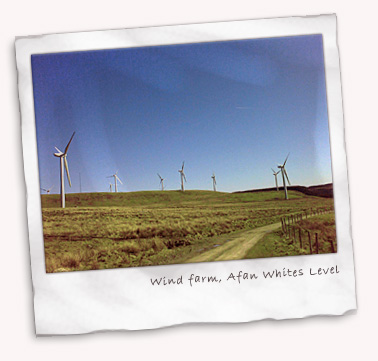 It was interesting to ride the W2 again since the last time I rode in September it was on my 100mm fork Orange Clockwork hardtail. That ride had punished me, I felt seriously beaten up by it and very tired by the end, but this time I was on my Trek Fuel EX 8 and the suspension was certainly doing its job. I really noticed this when I caught up folks on their hardtails, since as you caught them you could see where they were having to stop pedalling and get out of the saddle, whereas on full sus you could keep the power down.

The Wall is a blast but I’d forgotten just how long and lumpy it is. I got serious arm pump riding this on the Orange but the Trek seemed a lot smoother. Can another 30mm of suspension travel really make that much difference? It’s a great trail, I probably prefer it to Penhydd but I’m not sure why it never seems as busy as White’s or Penhydd. It can’t be just because you have to ride out of the carpark to the start, can it?

Once I’d climbed up the Wall it was starting to get busier, although by the top quite a few people were walking the last of the fireroad. Next back across the link taking in the fabulous view at the windfarm. Then it was the blast that is the second half of White’s. This must be one of the best stretches of biking in the country. Even the boardwalks seemed to be no problem for me today, it was the first time I seemed to nail them.

Coming back into the carpark I checked my watch. 2hours 42mins. I suddenly realized that, damn I could have ridden Skyline. Perhaps the dutiful son-in-law will have to go and see the mother-in-law again, soon.