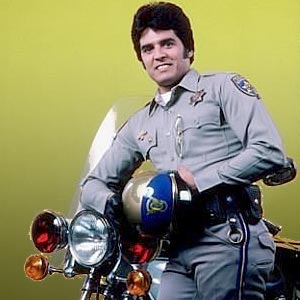 Poor DannyP has seemingly* now recovered from his unfortunate mountain biking accident and on Wednesday night’s ride he was proudly showing off his new helmet (yikes).

Before you get the wrong idea, it was the new Urge Endur-o-matic pot-styled crash helmet which is the first time I’ve seen one.

It’s quite an unusual choice as it looks quite warm but Danny obviously knows a thing or two from his snowboard days and it certainly looks quite striking.

Finished in Flash Sand, which to be honest means ‘shiny gold’, it reminded us of only one thing which was the gold crash helmet worn by Frank Poncherella of CHiPs fame. You can see that from the picture right?

It seems the P in Danny’s name stands for ‘Ponch’. That might catch on…

* Seemingly. I’m not asking for evidence. 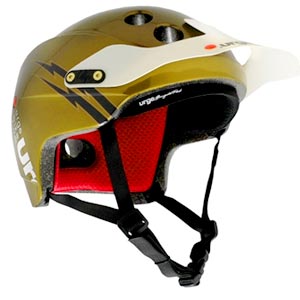