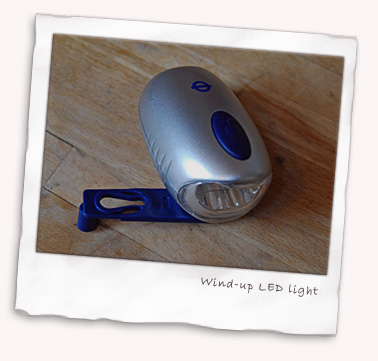 Everyone loves a free gift. They generally come in two types, expected and unexpected. Expected freebies are those extras you receive when you complete something, a token present for getting to the end.

In mountain bike circles this is epitomised by the free t-shirt or free water bottle. Of course they often aren’t technically free as your entrance fee pays for it and this puts more expectation on the quality of your freebie. People demand a certain standard of t-shirt to show off their commitment to the brotherhood.

Things got a little ugly at Sleepless In The Saddle when the ‘free’ t-shirts ran out of stock. There was a pitchfork revolution in the air and the disgruntled crowd was only soothed by a box of old Mountain Mayhem t-shirts instead.

The unexpected freebies are just that, unexpected. The quality standards are normally lower and the ‘naffness’ factor inversely sky-high, any opportunity for a sponsor to offload their latest marketing idea. Last night was at odds to this rule. On my commute home I meet some people handing out boxes to the cyclists whizzing through Hyde Park.

Inside was a light. Not just any old light but a wind-up LED. How cool is that I thought, immediately regressing into a little boy that has just found a plastic soldier at the bottom of the cereal box. A little handle underneath the lamp lets you charge it up and one minute winding is apparently good for 90 minutes light.

The reality was a bit of a let down after my unwarranted excitement. It does work but hardly something you would seriously consider using as main light. It made me chuckle that the note inside cautioned that it was not actually road legal. Maybe that’s why they were giving them out in the park!

In fact, it might only be good for getting from one side of the park to the other. It’s still a neat idea though as most bikers I know have a little back up LED for those get-me-home emergencies. I will experiment with the flashing settings or single LED (it has three) to see if it meets the claimed run time of 90 minutes.

London does seem full of bikes without lights so I must applaud Transport For London for encouraging their use. Perhaps the end of winter was not really the best time for the promotion though. Plus the bracket doesn’t actually fit on road bars either but, hey, it was free!

Is this the shape of things to come in these energy conscientious times? For off-road, I can’t imagine bikers stopping at the top of a big descent saying ‘Hang on lads, just gotta wind me light up for this one’. For our green credentials we are often guilty of the latest battery technology or new wonder frame material. It’s not a new idea either but dynamos seem to be relegated to a world of upright shopping bikes.

Anyhow, my freebie raised a little smile and I’m just off to furiously wind it up again while the kettle boils.