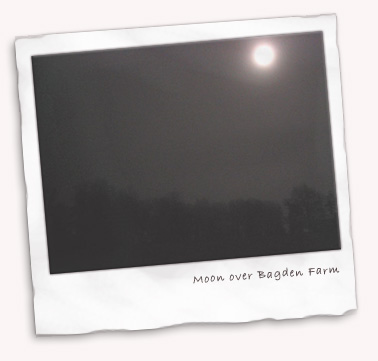 Have you ever scared yourself on a solo night ride? I have, and following Mark’s impromptu write up of his solo ride home last week it seems I’m not alone. Nick shared his experiences in one of the comments and it got me thinking (and chuckling) that we can’t be the only ones to have spooked ourselves.

My worst experience happened one night riding home from work (bear with me if you’ve heard this before). It was a pretty dark night with rain and wind lashing around and hard going coming back from Reigate along the North Downs Way. Near the Pfizer building there’s a green lane that goes down into a steep cutting which you pick up about half way up if you’re coming from Reigate. It’s pretty steep and has lots of mud in winter and loose fist-sized flints which makes it a bit of an effort to ride up.

On this occasion I spun out about half way along it. I was already knackered having ridden up from Reigate Heath and as I stalled I was panting pretty loudly. My glasses quickly steamed up and as I stood there briefly trying to get the energy to climb back on the bike I started to think I was being watched. I had that horrible horror-movie seeing-yourself-as-a-third-person experience where I had an aerial view of myself standing all alone and worn out in the dark woods by myself.

As my glasses cleared I heard a noise and I looked up at the sides of the cutting, sweeping the top with my helmet light to see what was there. Suddenly, to my bowel-loosening terror I saw huge pairs of eyes reflected back and staring down at me from the top of the cutting. A whole herd of cows was leaning over the fence of the field up top, watching what I was doing. At the time there was an advert on the telly about cows wanting their milk back and I can tell you I thought my number was up (and I didn’t even have any milk with me)!!

I threw myself onto the bike, not quite voicing a scream but close enough to make my recent pink bike bits seem perfectly understandable, and scrabbled, bounced and clawed my way up the cutting and down the trail as fast as my legs would carry me. I only slowed up when my lungs threatened to implode from the effort and I’d reached the main road!! By then the bruises on my bashed shins from scuffing the pedals were starting make themselves felt too.

That’s my most memorable night ride terror although it’s by no means the only one. I’m sure it’s not just me and Nick who have had an attack of the night ride mimsies — please tell us if you’re feeling in confessional mood in the comments…

Filed under Lifestyle, Mutterings in May 2009