Now I’m not aiming to turn this into a gravel site but… I have a gravel bike and I’m interested in tuning its’ fit!

So… with that in mind two handlebars have recently caught my eye.

But… what am I trying to achieve?

Well, for me it’s comfort. I use the Topstone for commuting quite a lot and find it pretty comfortable; it’s ridden mainly on road over scabby tarmac and less often off-road, over classic gravel type surfaces. I’m not trying to turn this bike into a singletrack weapon, that’s what MTBs are for.

Specifically the problem I want to solve is comfort at cruising speeds. One thing that has slowly become apparent to me is that drop bars have benefits beyond an aero tuck on a standard road bike. It’s clear that when you are in the drops you’re holding the bar at the furthest point from the clamping point at the stem; it makes sense this should provide maximum isolation from road buzz.

The reason I don’t use the drops often on my current set up is I find the bars are too low, causing discomfort after short periods of time in the neck and shoulders. I also find I have to twist my wrists round uncomfortably for braking and shifting. I’d like to be able to take advantage of riding in the drops over longer periods of time, to reduce road buzz and get an aero benefit at the same time.

For reference at this point, the original bars are 44cm wide, with a 16° flare that results in a drop to drop width of 53cm; the drop is (estimated) 120mm and the reach about 80mm. The drops don’t come to a horizontal finish either but have a curve all the way to the end. It’s not a bad bar, but I think I can do better.

In order to ride in the drops more often, I think I need to raise the drop position a little and combine that with a shorter reach. I’d also like a flat section to the bar ends to get a little more variation into my hand positioning. 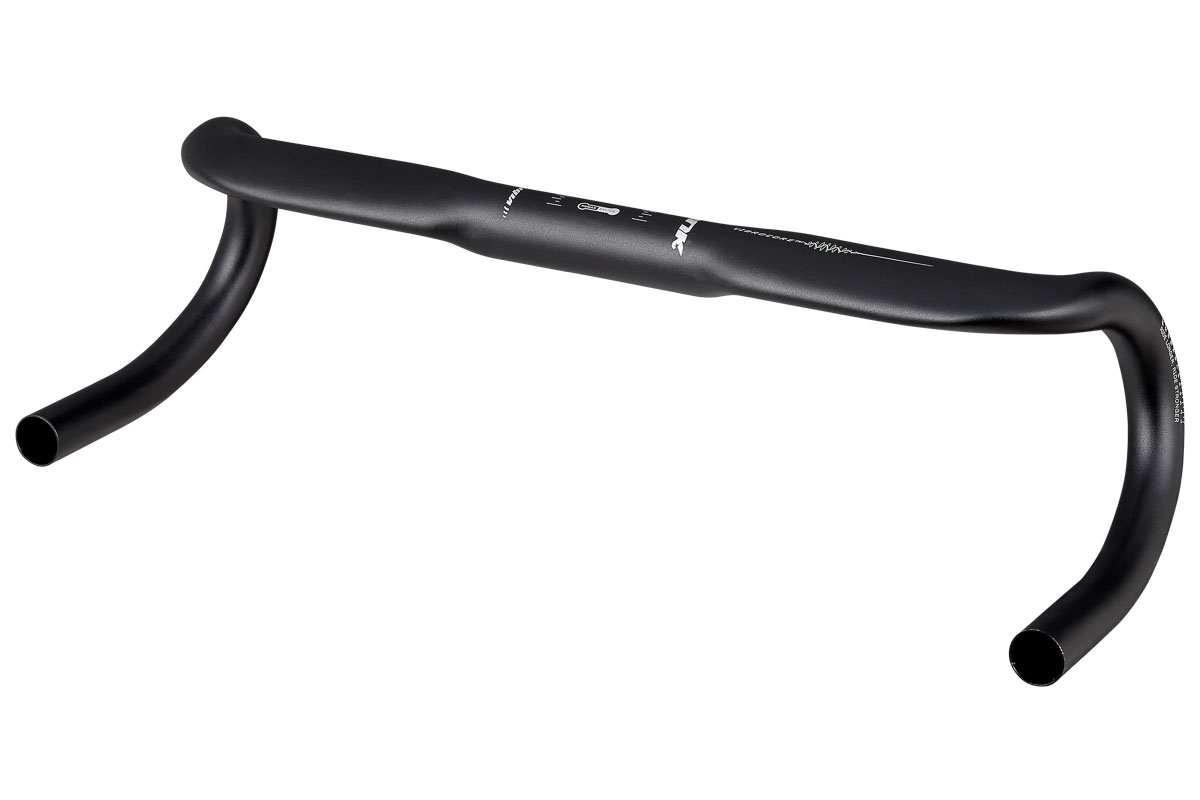 The Spank Wing 12 Vibrocore drop bar is the first handlebar to catch my eye. It’s not new new, having been launched last year but I’ve not seen one before and it certainly appeals.

Key numbers are a 12° flare which gives a slightly narrower bar than I currently have, combined with a drop of 110mm and reach of 70mm. It wouldn’t massively change what I have at present in terms of fit – maybe with a 5mm headset spacer tweak and these bars I’d be 15mm higher in the drops. A shorter stem may also bring the cockpit a bit closer so it’s easy to see how my comfort would improve fit-wise.

There are two other benefits that appeal with these bars though. One is in the name – Vibrocore. It’s a bio degradable foam matrix inside the bars that ameliorates road buzz through it’s damping properties. Reports suggest it’s noticeably effective at this and I’m intrigued to find out, but it wouldn’t be my primary reason to go for this bar. 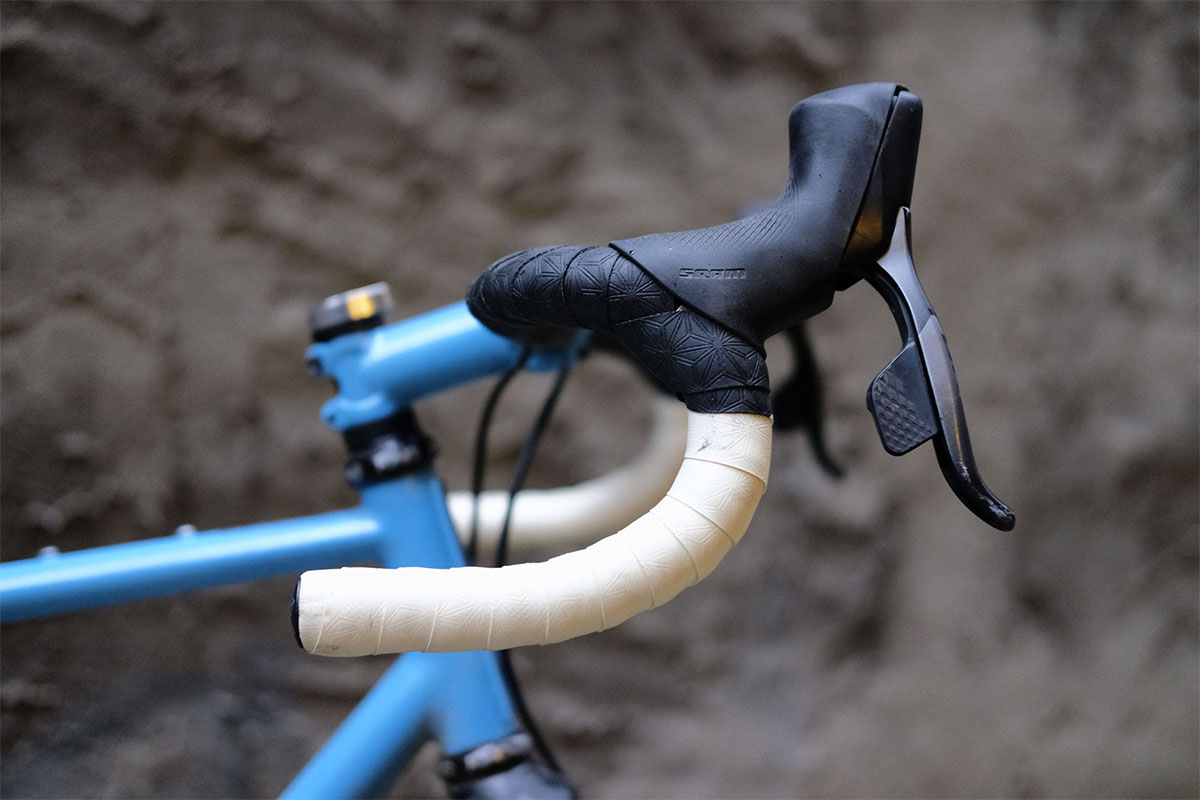 Another benefit is the Wing part of the name – the tops of the bar are flattened, giving aero benefits (not to be sniffed at when I am mostly on road) and potentially a more comfortable place for hands when climbing.

Both these factors are interesting to me but my priority remains bike fit to make sure my neck is not stressed. 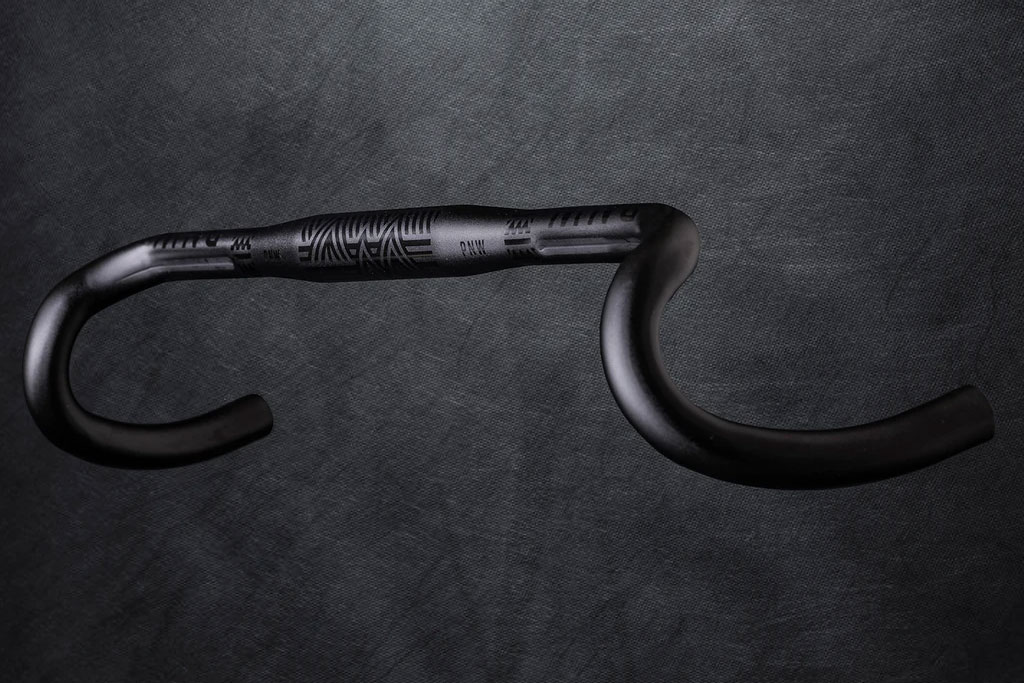 So the PNW Coast Handlebar is a new handlebar, having been launched at the start of 2020. The Coast moniker in PNW-speak refers to their adventure/gravel offerings – you can get a Coast stem too if you want to get matchy-matchy and also a Coast dropper post (yes, droppers are coming to gravel!).

The big feature of this handlebar is the width – PNW make the Coast handlebar in a wider than usual 48cm and also a 52cm version (it won’t be long before we’re at ’90s XC MTB bar widths!). The idea is greater steering control but remember my priority is cruising comfort.

PNW suggest as your bar width increases by 20mm, you should reduce stem length by 10mm to allow for the reduced reach in your wider spaced arms; so my 90mm stem would need to become a 70mm stem. Again, with a tweak here and there I could easily see my handlebar drop raised by 20mm or so. 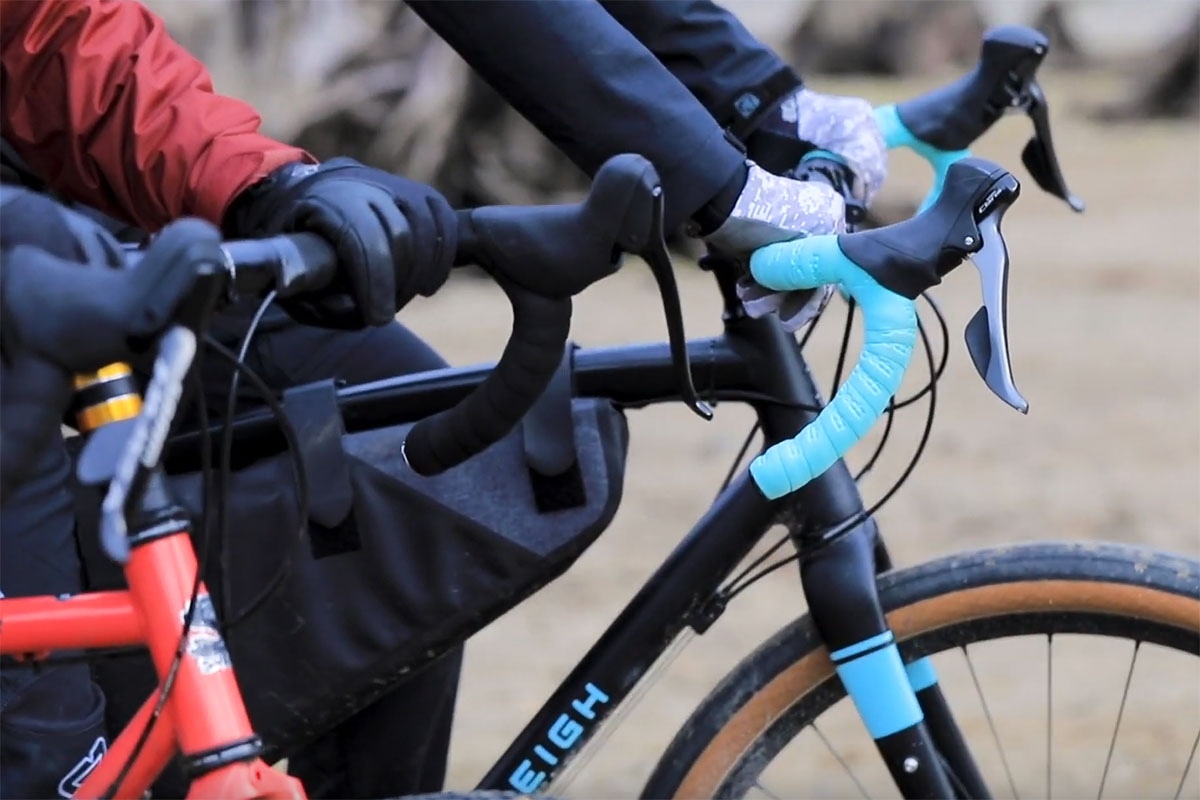 The big question is which of these two options makes better sense? I lean toward the Spank Wing 12 which I think better prioritises your time on the road; but the PNW Coast bar really fascinates me. Both ask questions of my fit on the bike; both look as though they would be more comfortable than my current arrangement for longer periods of time.

Of course it’s a crowded market, so cheaper bars are available that claim similar things. I just thought both of these offer an interesting take on what people are looking for and an indication on where gravel design is going.

I have a feeling you may be seeing me with the Wing 12 at some point this year!

Filed under Mutterings, Trends in January 2020