Of the many things the Bike Snob can be credited with – not least the Dachshund of Time – it’s fair to say he is a big proponent of ‘jorts’ rides. Maybe Handup heard him?

Whatever the reason, look at these beauties. Stretchy denim jorts (a portmanteau of shorts and jeans for the uninitiated) that are flexible enough to cycle in.

Now as everyone knows, riding in regular jeans is horrid. The denim is cumbersome and you can generate a hot crotchal micro-climate quicker than you can say ‘itchy fungus’. To say nothing of the chaffing.

What is needed is something that gives the casual vibe of cut-off jeans with the performance we have come to expect of decent sports clothing. It’s possible that Handup have done just that. 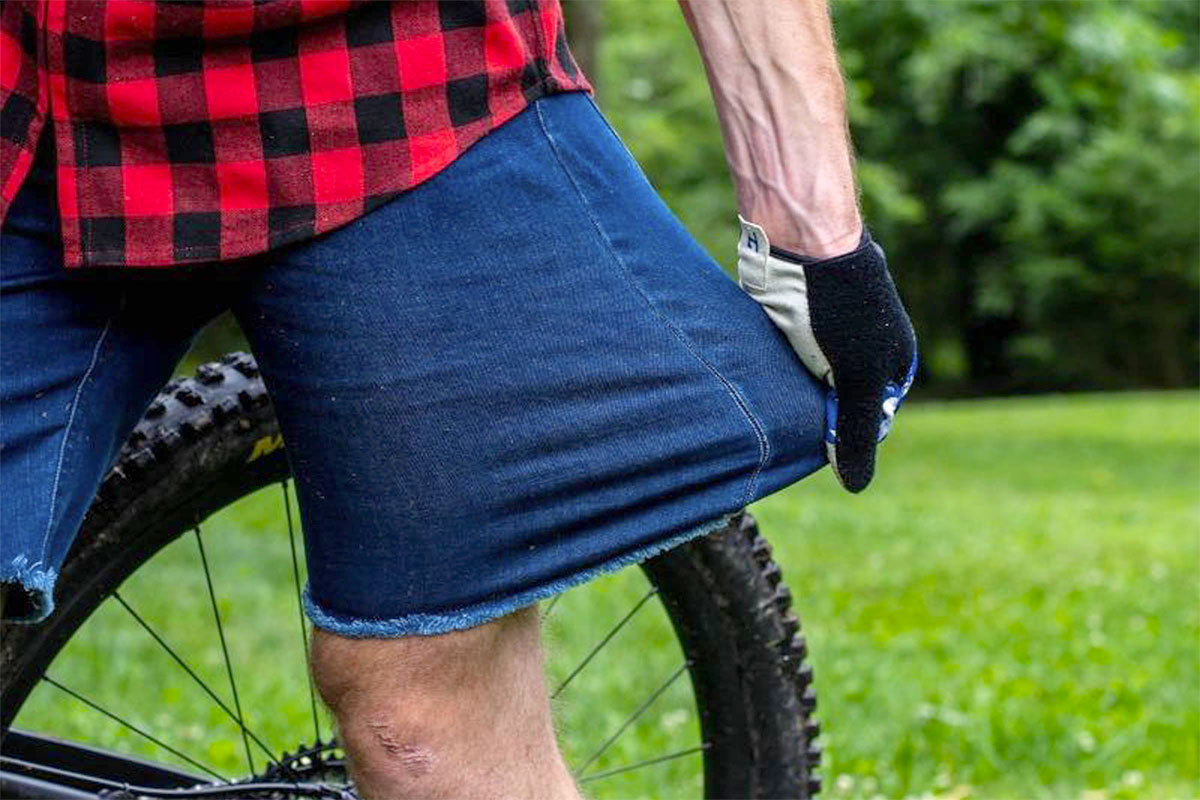 I think I quite like them, but while I don’t expect people to start taking style tips from me (or Dave!), they do look like something you could comfortably wear during your active travel trips to the local shops in the warmer months. Or to socially-distanced drinks at Tony’s etc.

They are also very cheap on the face of it, although I don’t know if Handup post to the UK without costs getting silly. If only we had a North American correspondent given to posting gifts overseas…

On a separate note, Handup’s gloves look pretty funky too.