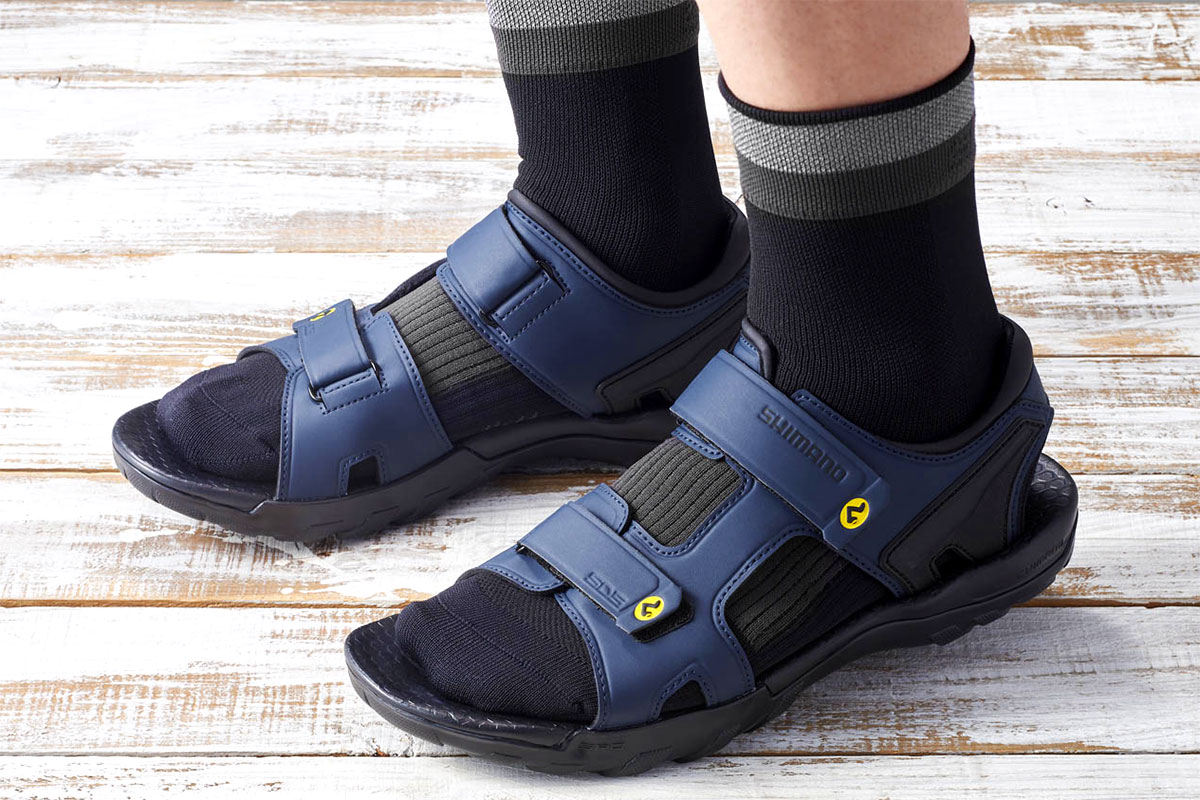 Yes, Dave, we are talking about you. A man who was so far ahead of his time that he was rocking the hipster bikepacker SPD sandal over a decade before everyone else. Wow! Prescient…

To be honest, the socks ‘n’ sandals look has always had a following, especially amongst British men (imagine an Italian with socks and you see my point). I guess it’s practical and sandals make sense with the bikepacking and touring crowd on hot multi-day rides, but these are very much a niche product. So niche that Dave was running them with 29 inch wheels and less than a full compliment of toenails at times.

That was way ahead of all of us. 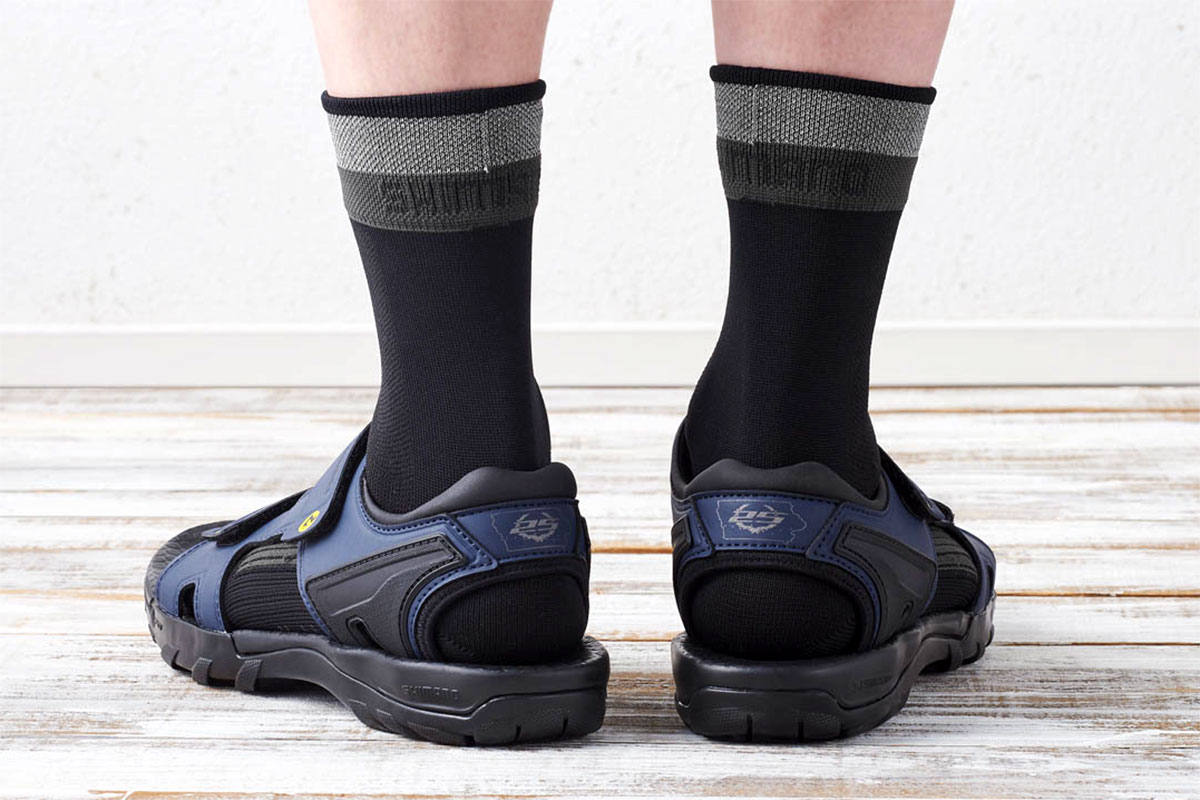 Now, Shimano have launched an anniversary version 25 years after the original SPD sandal. Sporting a non-standard navy blue upper and classic Shimano logos, with the SD-501A sandal it’s clear they have gone for evolution rather than revolution. You won’t get an overly stiff footbed, but you do get a walkable shoe that just happens to fit 2-bolt SPD cleats and a design that majors on ‘cool’ comfort.

A special shoe for special people, it makes a change not to have the word ‘gravel’ in the marketing somewhere.

Of course, if you really want to be different, try looking for SPD Birkenstock sandals!