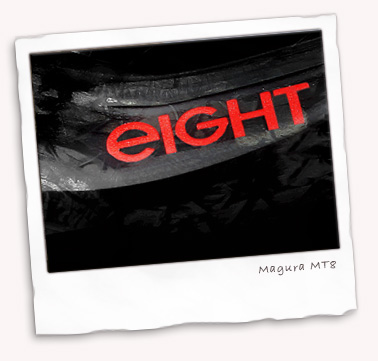 News in recent weeks has been pretty thin on the ground. I’ve resisted the urge to tell everyone who can’t read other websites that the Magura Gustav is dead-but-available-in-limited-run-out-colours since it was quite clear something new would be along to replace it.

What’s interesting about the new Magura MT8 though isn’t the new disc brake itself, but the material it’s made from.

I couldn’t help noticing some bold claims for the new composite material they’ve developed for their carbon brake. It’s manufactured by blending a ‘high percentage of carbon fibres in a thermoplastic mix’, which is then injection moulded to whatever shape is required. The result is one of the lightest disc brakes available on the market; just 260g per wheel is rumoured. 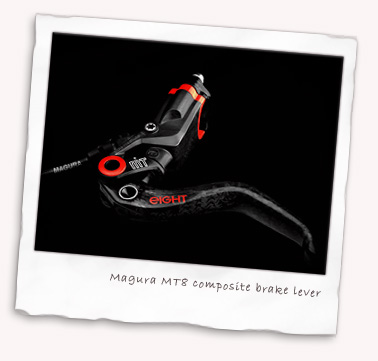 So those claims that caught my eye? Here’s a summary:

It’s quite clear that with properties like that, the material won’t be confined to brakes – I’d think forks were an obvious next step and maybe wheels, but the possibilities are huge. It doesn’t yet look pretty but it sounds amazing!