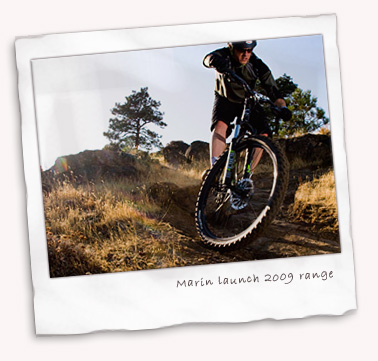 At some point just about everyone I know has owned a Marin, in fact at one point we all seemed to be riding Marins too (now of course it’s Orange Fives!). Never call a mole herd-like, no sir!

So Marin has a certain warm spot in our hearts. For 2009 they’ve launched a frankly terrific looking range of bikes that seems to cover the whole gamut of biking flavas. 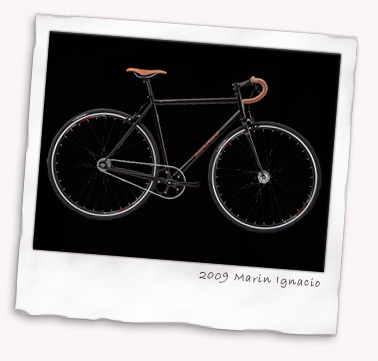 Oh and did I mention the new Racelight hardtail range that includes the Team CXR, a full carbon framed hardtail with a fair bit of Shimano SLX componentry and a bolt through Reba 100mm fork. Sounds thrashably fast…

Unfortunately the Marin website appears to be a work in progress. Are both the Nail Trail and Pine Mountain 29ers supposed to be £1299? And I can’t seem to get the specification pages to scroll in either IE or Firefox. Ho hum!