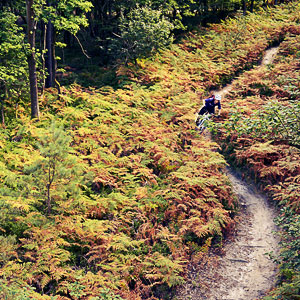 Having bought this month’s MBR magazine (November 2012) after a tip off the D’Andy, I was rather pleased to see us namechecked as part of their City Limits feature covering mountain biking in South London. OK, so we’re not (quite) in South London, but to be recognised for our North Downs and Surrey Hills activity is very nice. I guess we’re doing something right…

It wasn’t just us either. Long-time site sponsor Astounding Adventures (as Singletrack School) also got a mention for their Love to Ride trail guiding service. In my view the Surrey Hills have some of the best networks of open-access trails around but I’ve found myself tempted by Tilgate Bike Park, just south of Gatwick, which is also covered. Somehow I’ve never ridden there and a visit sounds long-overdue.

And the rest of the magazine? Actually rather enjoyable with an article on Antur Stiniog in North Wales which I’m due to ride next month. Looks great!