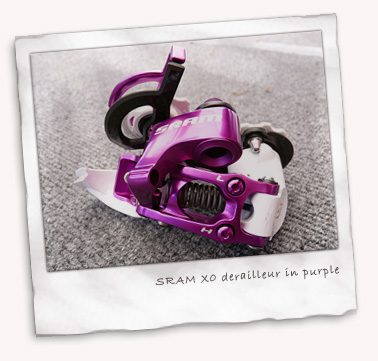 Well, I promised you I was trawling the worldwide wonder on your behalf looking for some otter juice from the 2009 Sea Otter event taking place in a land far, far away. While it may be across the Atlantic though there are key products starting to appear which will inevitably affect our riding in future months.

Bikerumor have a steady stream of photos coming through two of which caught my eye. First up, this purple anodised X0 derailleur (a one-off for Tyler Morland). I never thought purple could look so nice which is worrying – and those white jockey wheels give Shimano’s Yumeya kit a run for it’s money. Coloured kit is on it’s way… 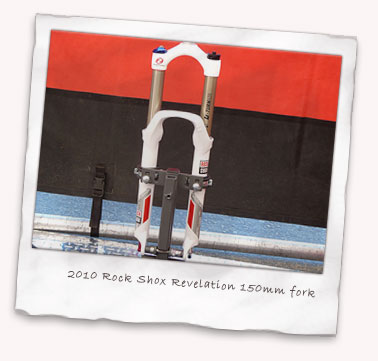 Next, of much more interest to riders will be this shot of Rock Shox’s new Revelation forks. I’ve wanted a set for ages—and am currently resigned to not having any looking at the UK prices these days—but seeing these 150mm bolt through beauties just makes me want them even more! 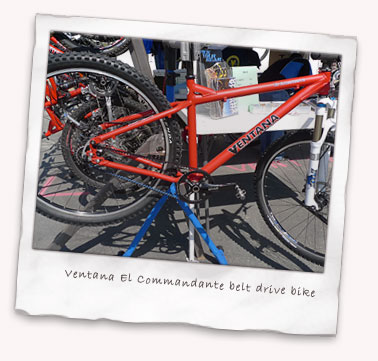 Elsewhere, given my well documented hankering for a belt drive singlespeed (why? well, why not?) I’m pleased to see The Cyclist reporting Ventana are keeping the flame burning with an El Commandante sporting a fancy swinging dropout design. Err, cross reference my previous comments about home-grown manufacturers innovating? Come on, if the US can do it – Gates, the belt drive suppliers are based in Scotland after all…