OK, it’s not the handlebars that are sticky – just the rubber. Which sounds like it’s really quite sticky indeed.

Rubber is probably a catch all term these days for the substance that covers the carcasses on our tyres. I have no real understanding of what goes into it but understand it to be a recipe blending equal parts science and woo-woo to give the rider something they can feel confidence in.

I know of tyres with nano particles, tyres with graphene and tyres with all sorts of fancy polymers that together with the tread pattern, the tyre construction, the width, the depth and so on contribute to something suited to the job at hand, whatever that might be.

Specialized are well thought of when it comes to tyres, despite the odd wrong turn (pardon the pun). The latest Eliminator, Butcher and Hillbilly tyres introduce a new way of grading the rubber in use, based around a T or Tread Compound number. In the finest marketing tradition, it steps up in odd-number increments with the higher number offering more grip and a slower rebound than lower rated tyres in the range. T7 good, T9 better.

We seem to be firmly into the woo-woo woods here, I’ve never heard of the rebound rate of tyre rubber being important; it used to simply be about the stickiness. The claim is not only more grip, but that the tyres offer a filter to trail vibrations and impacts.

This may be true and having used Specialized tyres in the past I’m prepared to keep an open mind. It does feel like a careful blend of real world performance and next-level marketing though!

I guess that means a 2.3 Eliminator on the back and a 2.6 Butcher up front then. 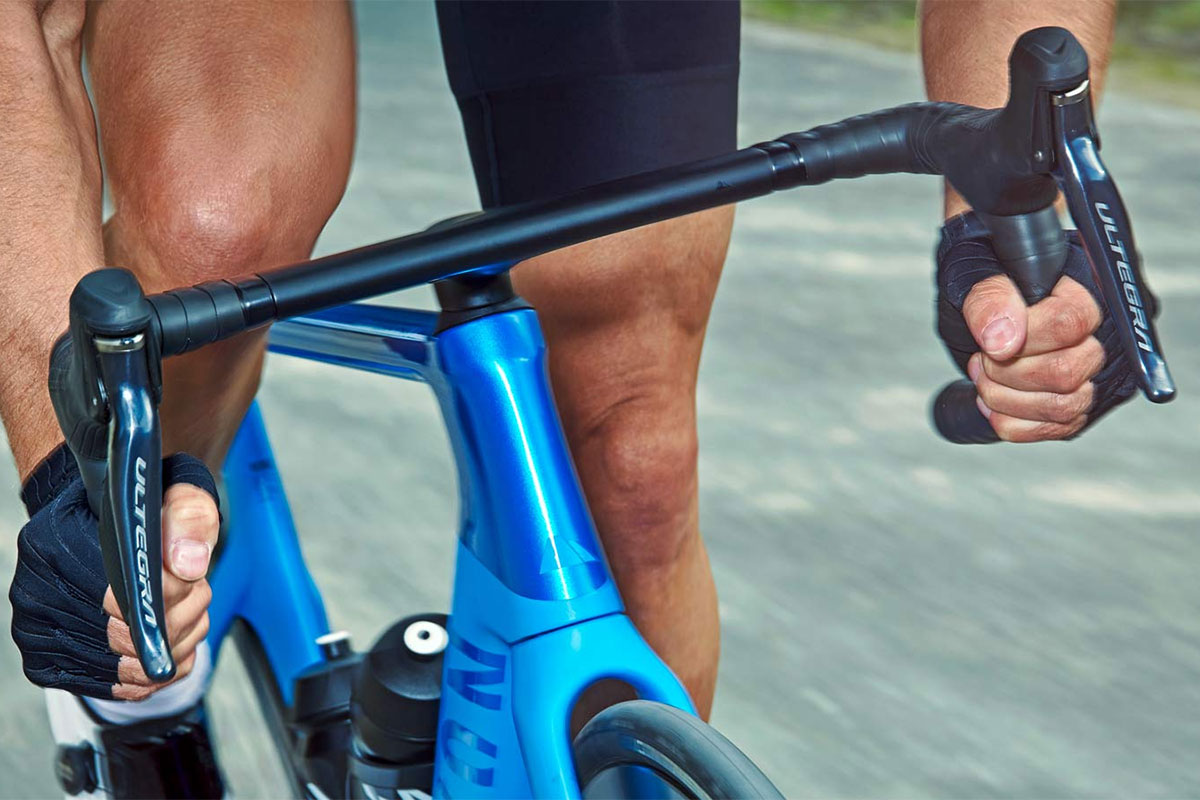 Canyon are known for funky handlebars. We all know about the split level carbon bars on their Grail gravel bikes don’t we? They look odd but I can imagine they probably work rather well.

Last week they introduced another novel concept with the launch of their latest Aeroad bike, a road race bike optimised for efficiency against the wind. Now, the big push at the moment is getting cables out of the wind to improve performance and many manufacturers are moving toward proprietary one-piece stem and handlebars to conceal wires and cables.

The problem is, you have to choose a stem and width and stick with it because the cost to change can be prohibitive.

Canyon’s latest wheeze is to have width adjustable aero handlebars that route all the gubbins inside. They have 40mm of adjustment (i.e. 40cm to 44cm), plus the ability to fold for travel. Quite a clever solution if you ask me. 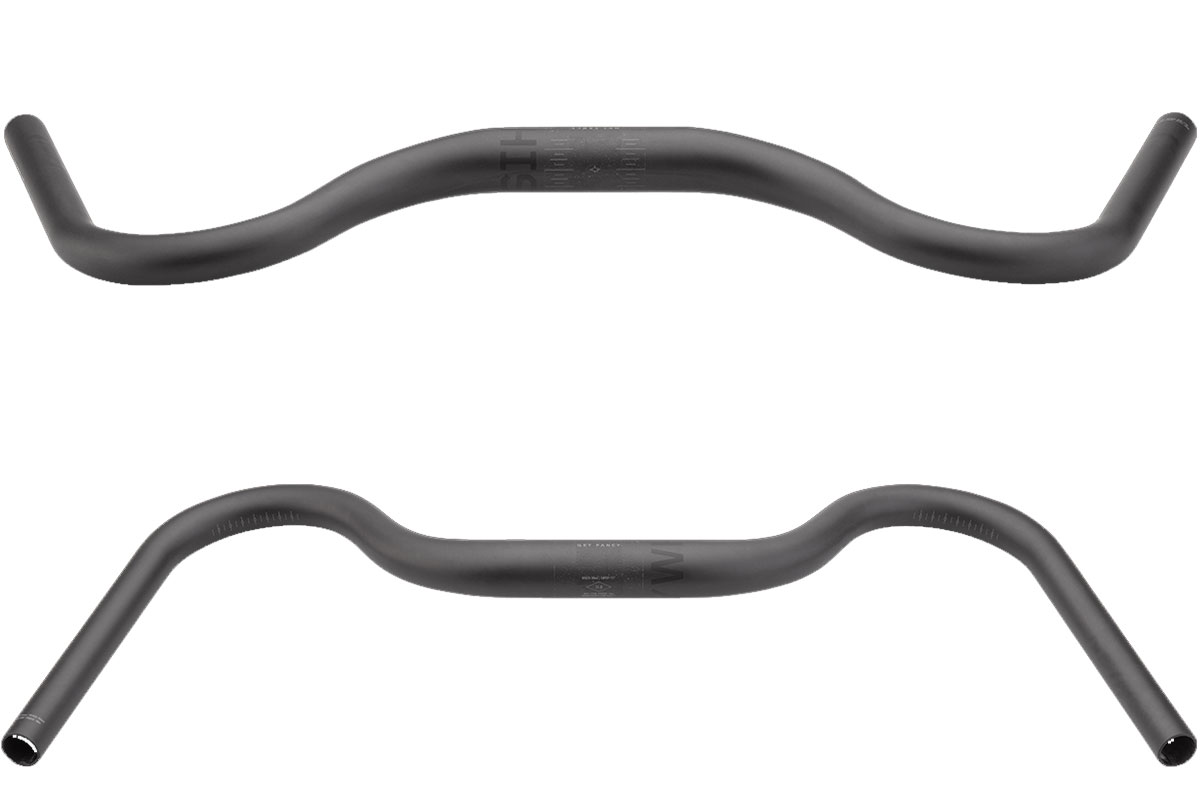 Talking of weird handlebars – Whiskey Parts have launched two weeiiiiird bars in the shape of a carbon BMX style homage and a crazy mustache bar. I don’t see a need for either myself but the fact they are making edge-case handlebars in carbon fibre is unusual, and giving people options is usually a positive thing.

To me the option they offer is really to help solve issues with bikes that just don’t fit properly, but that’s probably just me.

The BMX style bar – the Milhouse – has a 70mm rise with a vestigial cross bar and 825mm width. That’s far out weird! Maybe a bikepacker would find this useful but I wouldn’t like to say. It’s very light for what it is (at 288g) and probably tunes out trail buzz well, but if you need 70mm of rise, the bike you have probably doesn’t fit too well in the first place.

With the Winston Mustache bar – again it’s weird. At 600mm wide it might give gravel riders a wider stance and it’s long enough to provide some damping and leverage. But it means road grips canted way over with shifting likely compromised. They might work better with MTB shifters and brakes though so maybe those MTB-inspired gravel bikes would benefit.

I don’t doubt the quality of either of these handlebars, but for me it goes back to using the right tool for the job. Both these feel like compromising something to do something else instead.

Canyon and YT in the Surrey Hills 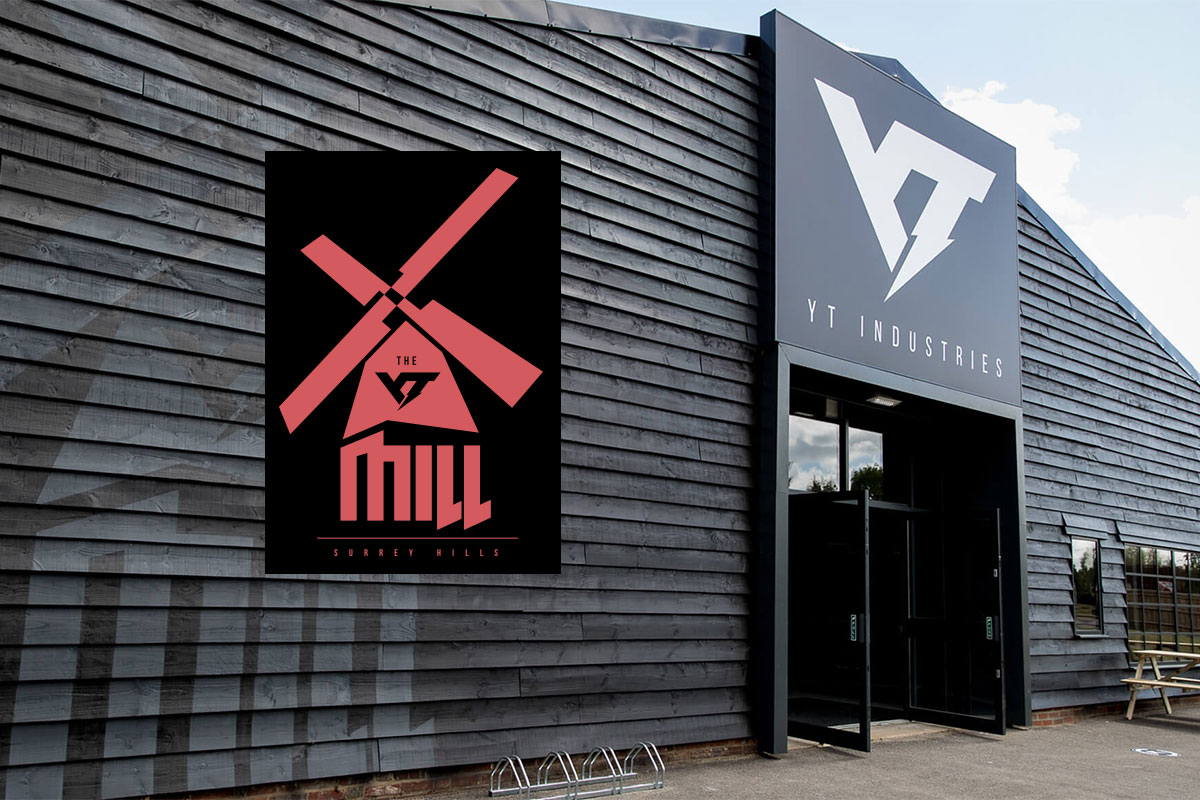 We are very lucky to live in the Surrey Hills. There is great riding across the area with the caveat that clay and chalk and roots are a lively combination at various points of the year, and on the road side of things our roads can occassionally get fraught. This is certainly not Northern France for road riding.

But. There’s a big population in and near this area, so it’s a good place to centre a bike business. The country’s biggest Santa Cruz sales for example happen on our doorstep in Peaslake. Canyon and Specialized both have warranty operations in nearby Chessington and now Canyon has gone a stage further by offering their range for demo and hire via Just Pedal from the Denbies Vineyard near Dorking.

This is a great idea. There’s a whole load of Canyon bikes that I’d like to ride and review and having been riding through the Denbies Vineyard for the best part of 20 years I know the area well. The problem has always been giving people a chance to see, let alone try out the Canyon kit so I will be exploring this further soon.

As for YT, they too have chosen the Surrey Hills for similar reasons. The YT Mill is now open in Guildford, near St. Catherine’s Lock, just to the south of the town. Crossing the River Wey, you could be out on the Hills inside 15 minutes.

The Mill offers coffee and the chance to see the full YT range, shown in staged sets that mimic their online marketing. Once Covid has been licked, they plan to offer demo rides too, as well as providing UK servicing of their bikes. Again, this is a great opportunity to try a Jeffsy for yourself; I’ve got plans to try an Izzo personally… 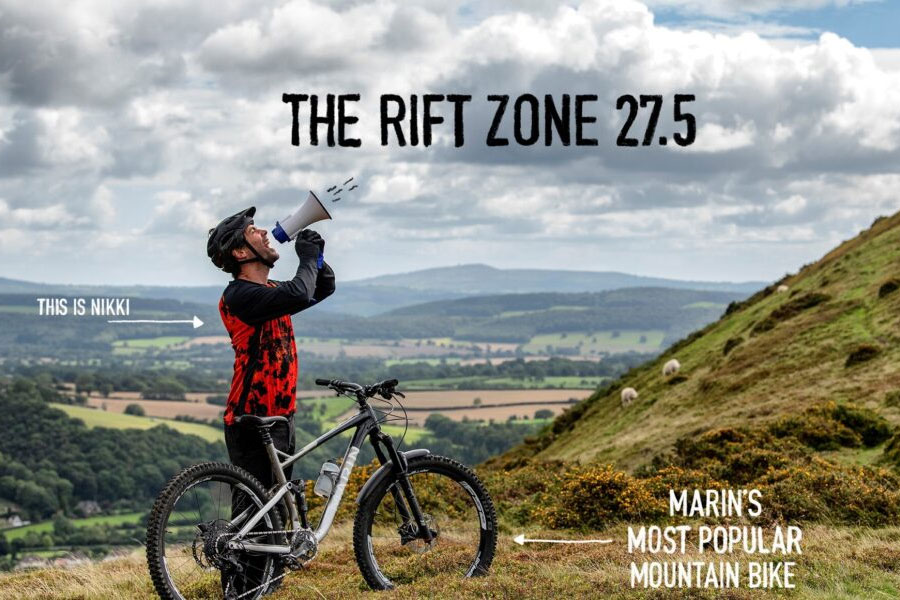 What’s in a name? Well sometimes, plain aggro. Marin’s best selling bike is the Hawk Hill – Mark once tried to commit hari-kari on something similar back in the day. Marin’s name is synonymous with the Hawk Hill but somehow they have been out manouvred when it comes to the brand name. Some other company has it (not sure who), with the result that Marin have been forced to rebrand their Hawk Hill the Rift Zone 27.5.

I’m very surprised this has happened but I am not a legal-bod. The upshot is 25 years of valuable brand awareness is being highjacked – they have my sympathy. I have no idea how they got themselves into this mess!