Sunday was a relief after a week of rain and as has become usual, we headed to Frensham because in terms of mud rating, it scores as low as it is possible to go.

Our ride group consisted of eight riders – Karl, Lloyd, Tony, Jem, ChrisH, Elliot, myself and Mark, who I think surprised himself by actually turning up. It’s been a long time since he was out on a Sunday ride. 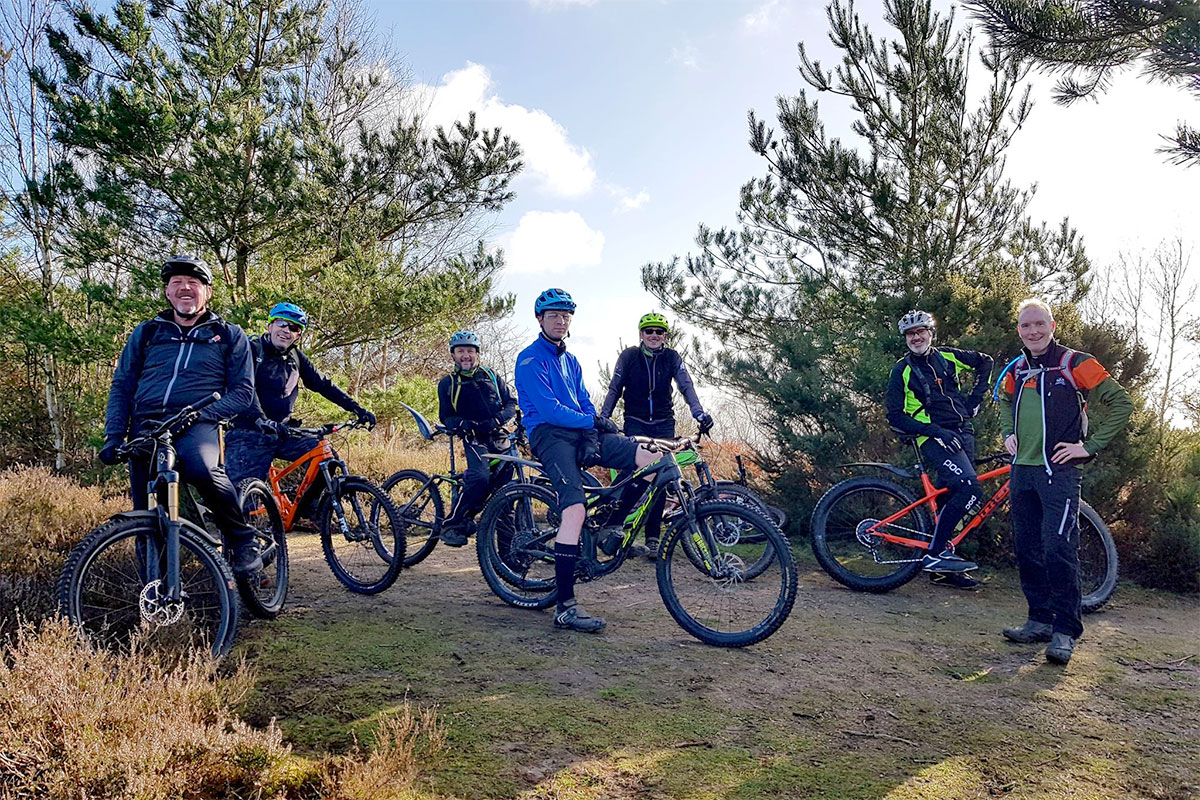 There’s not much to tell in route terms – we covered largely a similar itinery to previous visits, but it did vary a little. First, we rode up to Hindhead for a coffee to set us up, then in a break from the norm we retraced our steps back down to Thursley village.

This showed me two things – first, it’s a long climb up to Hindhead that normally goes unremarked if not unoticed. Second, coming back down provides a vigorous rattling over the baby head rocks that is hugely exacerbated by riding a stiff hardtail. It was so bad at one point I couldn’t even see where I was going because I couldn’t keep my eyes focussed on anything in front of me. 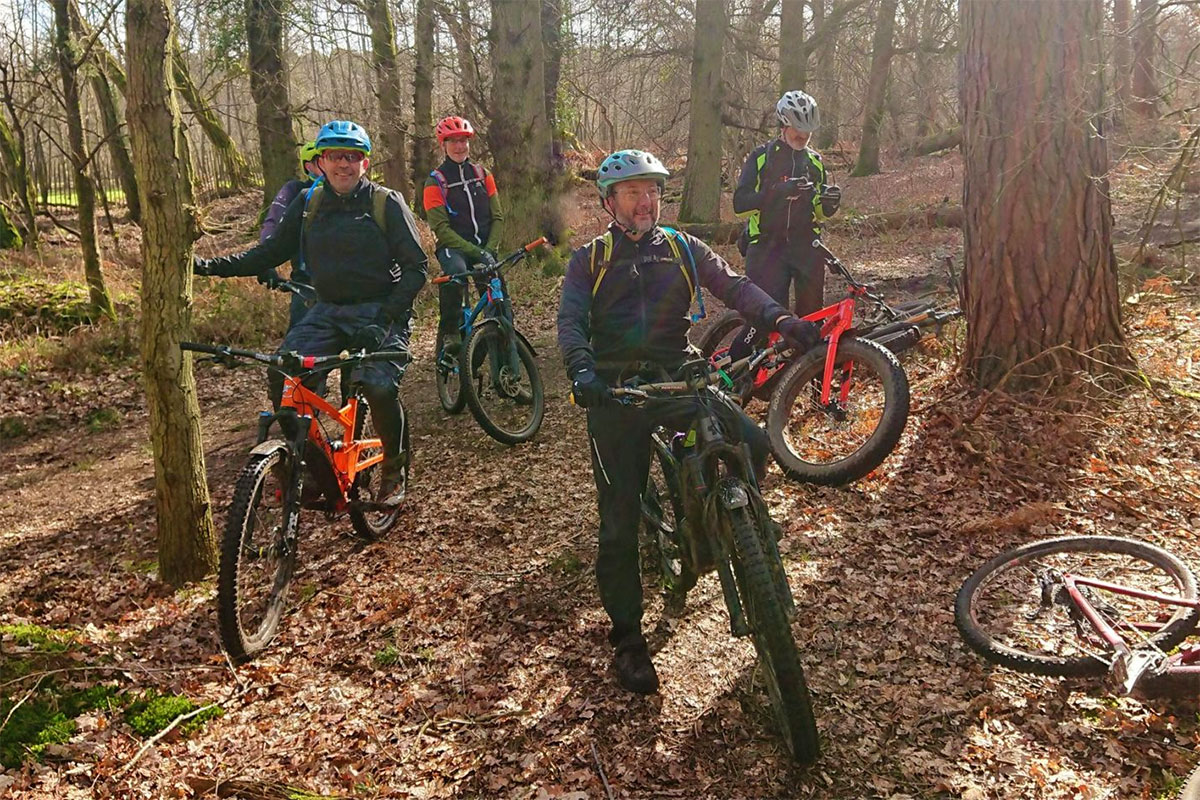 From Thursley, we headed over the road and onto Thursley Common to skirt the lake, then crossed the Thursley Road at Truxford and reached Frensham via Rushmoor. At one point I have to admit to an impromptu lie-down on one of the sandy gorse-lined gullies after a slight loss of concentration. 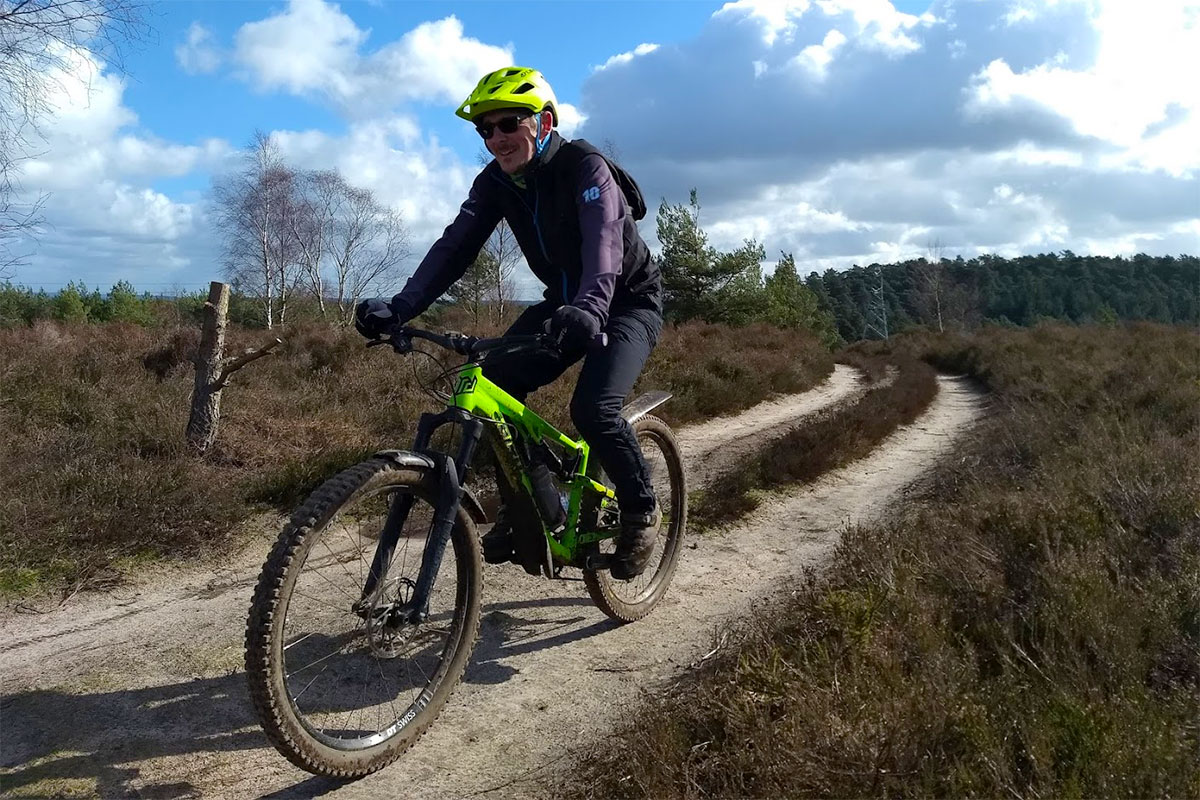 The unique ‘customer service’ at the Snack Shop by the Great Pond provided us with enough fuel to last well into early evening (you can’t beat their bacon rolls if you er, like bacon). Then it was back to Thursley, passing the Atlantic Wall along the way to finish in the Three Horseshoes pub. 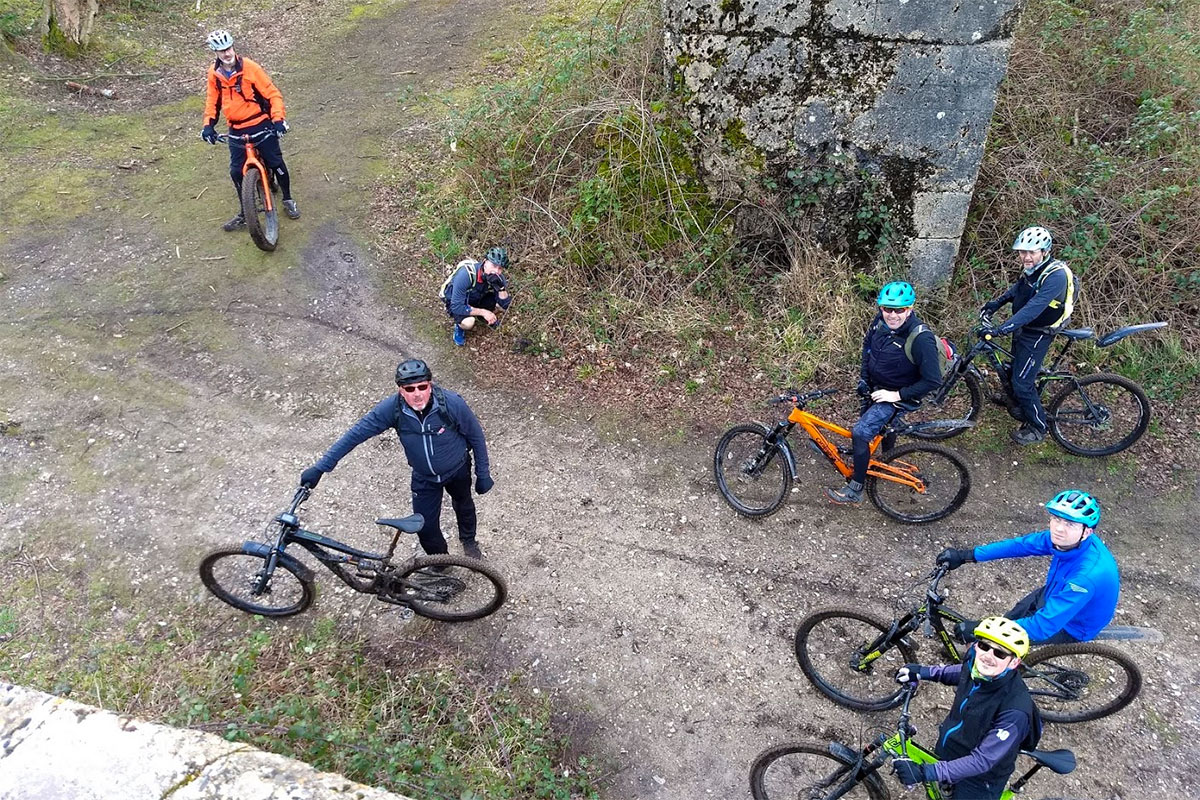 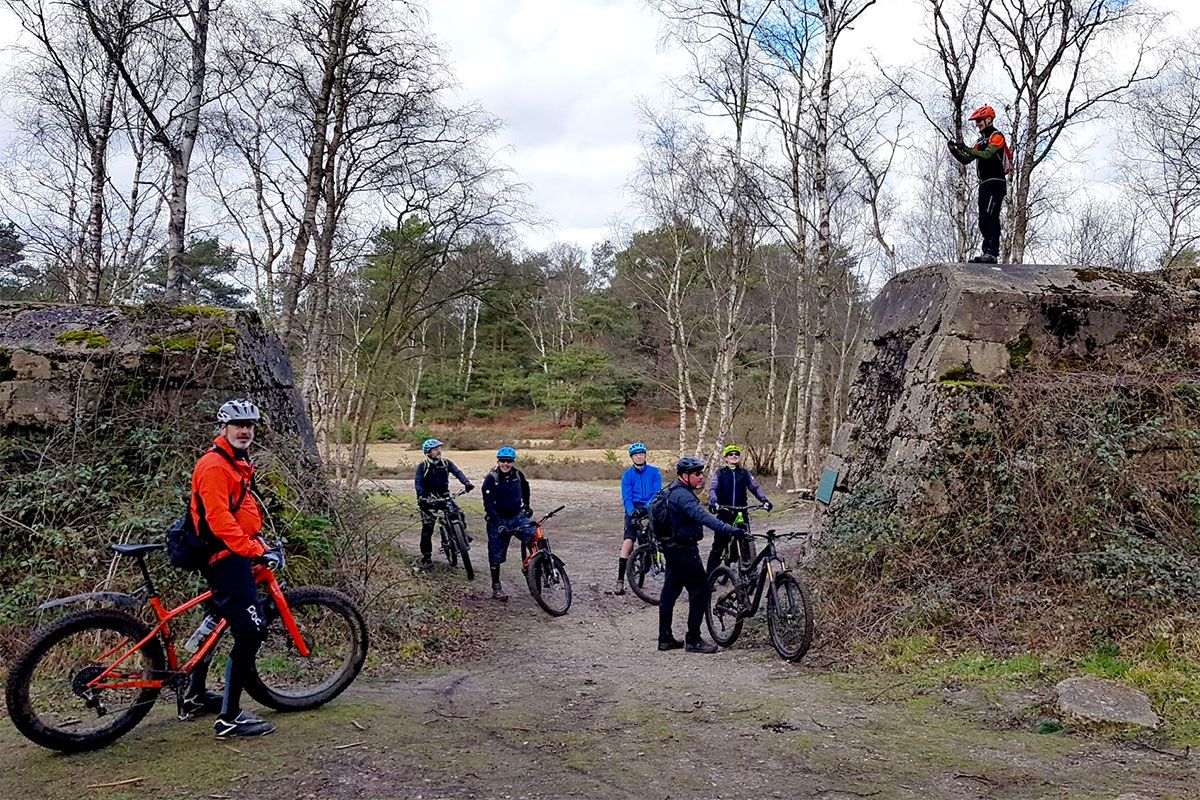 Along the way we had good company, friendly walkers, some lovely flowy trails through the pines and a bit of a work out climbing up sandy hills. It really was a splendid way to spend a warm sunny Sunday but it did trigger a ‘you were a long time’ response when I got home. Fortunately it was more of a word from the referree than a bookable offence! 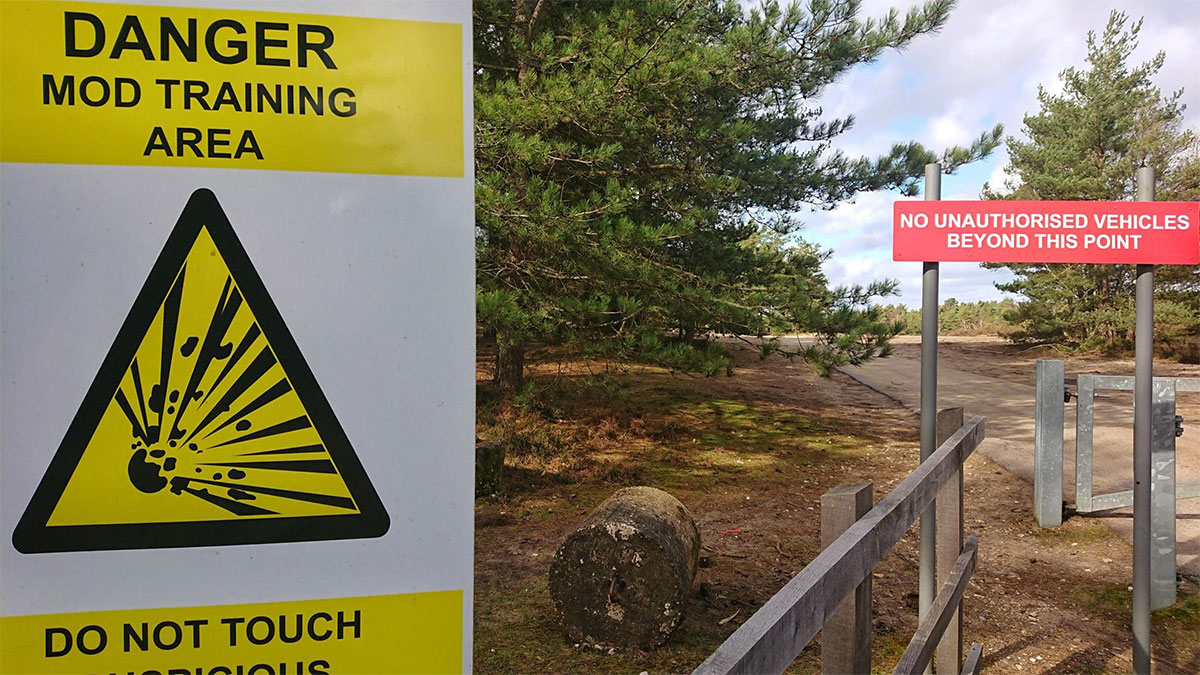 Filed under Rides in March 2020