So with less than one week ago before the forward Mole team burrows it’s way to Eastnor Deer park the Mole team seemed strangely depleted of racers as we met at Bocketts today. 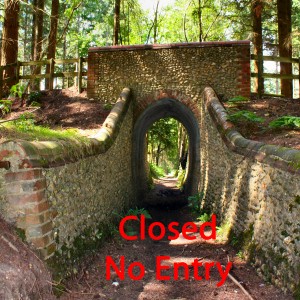 Making a welcome comeback was JamesS, not seen since our last ride to Swinley, having just reclocated to Ashtead! Hurrah! Good to see you again James. Kev, BigAl, JonH, JohnR, DaveW, LordOnOne and Karl made up the rest of the starters. Al was playing diplomat today wanting to find some gnarl for Karl (maybe GnarlyKarly is the correct nickname?) while heeding my warning of anyone breaking anything a week before Mountain Mayhem would get the other side broken by me! Hence a cross country ride to Peaslake via nothing more taxing than BKB was agreed on.

SO off we headed and with the two bridges descent looking abit congested we headed for Hogden Lane and maybe Pampelona. And that’s about as far as I can write about this ride as I pulled over just before Pampolona with a rear flat. Kev stayed to assist and I soon worked out there was a tiny hole right on the bead of the Mud-X that was letting air out. I didn’t think A plug was going to work there so I put a tube in and listened to air hissing out of that. Slapping of forehead, schoolboy error of not checking for thorns. Bah.

Kevin kindly suggested we head back to my place and then do another short ride once I’d swapped tyres and we headed off with Kev taking the quick route to try and get some phone reception to ring Al. At the top we ran into Graham and Nick who were heading towards Peaslake/Holmbury but after a brief chat we needed to head on and get things sorted.

I pulled the reserve Mud-X off the shelf and demonstrated the benefits of a compressor in the garage so we were soon heading off again. Our revised plan was to head towards Newlands and if we felt fit to do the Pond Lane climb. With tow of you I always find the pace quickens as you try to stay in touch and egg each other on. TO be fair, Kev is a much faster rider having put in some serious road miles this year but we stayed together well and we were soon picking out way toward AZ which we passed to the right of and opted to take the descent into Abinger just after a cross road that makrs then end of the C1 climb from Abinger roughs. This is a fast, flowing down that had only one left, right dog leg in it to impede the steady progress. Once across the railway the nettles were growing with a vengance and even two small Jack Russells looked at us with silent bewilderment.

Standard stuff from there to the top of Newlands with a good steady speed and the revised gearing on the Kona working well. At the top of Newlands we ran into……Graham and Nick! Apparently they had run into someone who has said that Holmbury/Peaslake was super busy and had decided to ride to Newlands instead. Apparently they had been speaking to some “Peaslake boys” who were also racing in Ledbury next week…..so good luck!

Feeling good and fit we decided to taking in an Effingham return leg to up the mileage and we soon set off to keep the ride flowing. Things went well until we entered what I think is the Lovelace estate, the bit with all the small stone bridges, only to find the stone bride we needed to go under shut, I assume for repair. A small detour entailed and we rejoined the bridleway slightly further on to take the long, sweet descent to the A246.

We finished off our ride with the tramp across Effingham common and then onto Bookham common where the mud was as it always is! Close to 36 miles and I could string a sentence together!

Hopefully there’ll be some comment form the other riders as to what happened after we split!

Filed under Rides in June 2012