Here’s our Sunday ride summarised in a nice little ‘infographic’, for those Moles not at Mountain Mayhem this weekend. Hopefully, you get the picture! 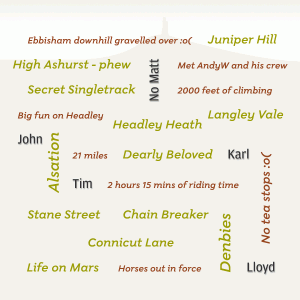