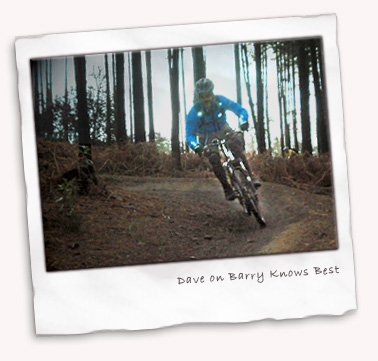 It was supposed to be a XC dash to Newlands corner to include Abba Zabba and Blind Terror 2 but the rain came down and one by one the excuses ‘flooded’ in (did you see what I did there?). Some of them were quite genuine although we will be expecting a Doctors note for Colin to prove he really has a broken finger.

Some confusion ‘reigned’ as well and Jem had to divert to Holmbury at the last minute as there’d been some confusion with some guys, who we know are better than us, who thought they wanted to meet us over there this week. So knowing all of this I caught Tony at the end of his road and sent him to Jem’s and off we trekked over to Holmbury to meet up.

The rain stopped as we travelled over and my only real concern was I generally consider the pack we were meeting to be much faster that my normal speed. I shouldn’t of worried as I wasn’t too far behind and we sped off to cover new stuff at Holmbury, Pitch Hill and also into Winterfold Woods.

I can’t really tell you much about where we rode but hopefully Colin will put the route that I recorded on my GPS up on Bikely [now added, Matt]. I know we did Christmas Pudding, I think we did T4 and we went down a lot of rooty steps. A lot of water and mud was involved.

Several brake pads gave up the ghost including mine and interestingly we also had several handlebar failures. Well I say handlebars but I guess it could have been stems or even forks. Certainly when I turn the bars left I expect the bike to make some effort to head that way!

All in all a cracking ride and I think we’ll meet up again soon.

Thanks to Clive for sorting it all out and to Rob, Nick, Nick, Graham and Andrew for joining Jem, Tony and myself in the mudfest.