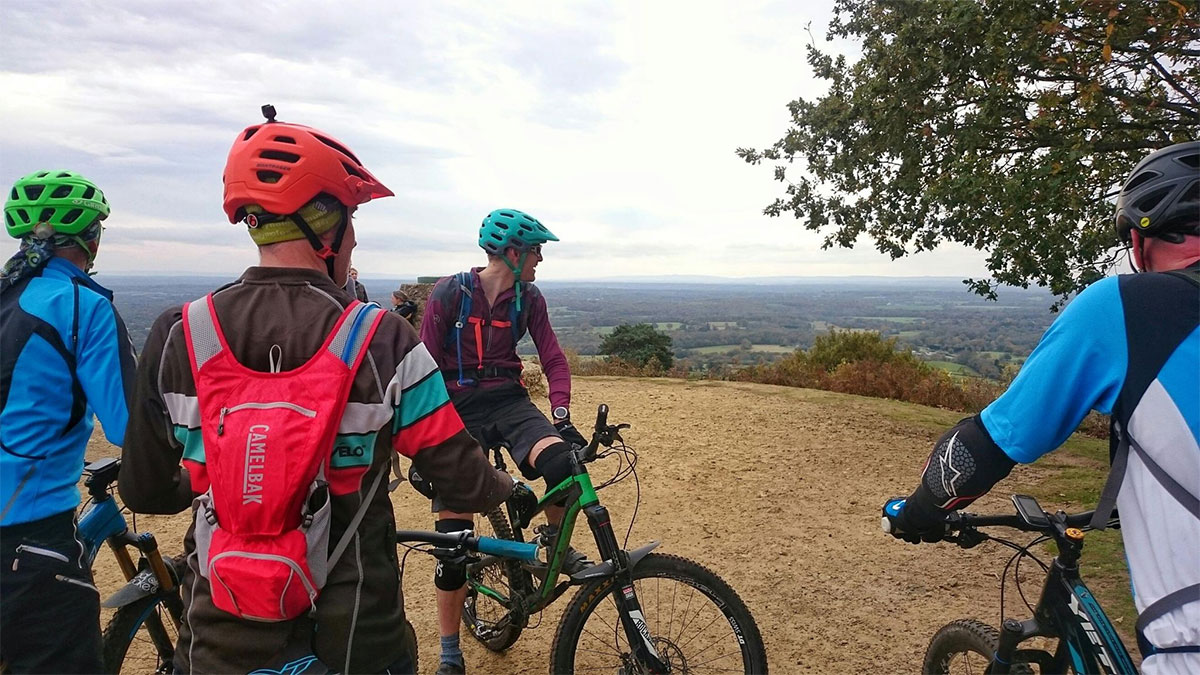 Goodness, it’s been so long since I’ve been free on a Sunday! This week I was determined to join the guys for a ride.

First of all, one way or another I was going to be riding. Not only was the weather perfect, with mild, calm conditions but the trails remain in good shape. Second of all, well it is Rovember after all. And third… well I don’t have to justify everything do I??

The forum chat was leaning toward a Holmbury start; not ideal for me since I was hoping to step outside my door and ride to our rendezvous. But whatever, I’d already decided I was riding come what may and I was keen to spend some time on Holmbury and Pitch and catch up with the guys.

So it was we met up at Car Park Number 9 around 8:30, with everyone making the effort to be riding by 8:45 as agreed – I can’t tell you how unusual that is! The group included me, JamesS, JR, Elliot, Professor Mark, and Lloyd.

Of course, starting at Holmbury means heading uphill on cold legs but that didn’t last too long. Before we knew it, Elliot was leading us down Return of the Jedi and the ride started to develop the sawtooth profile that it kept for the rest of the day.

Up, down, down a bit more, up, down etc. You get the idea. I was really enjoying the Jeffsy and felt the trails were providing oodles of grip but even so the fact the Moles have been out riding this sort of terrain all summer was clear. I was happily mid-pack but couldn’t live the guys when they pointed downhill. 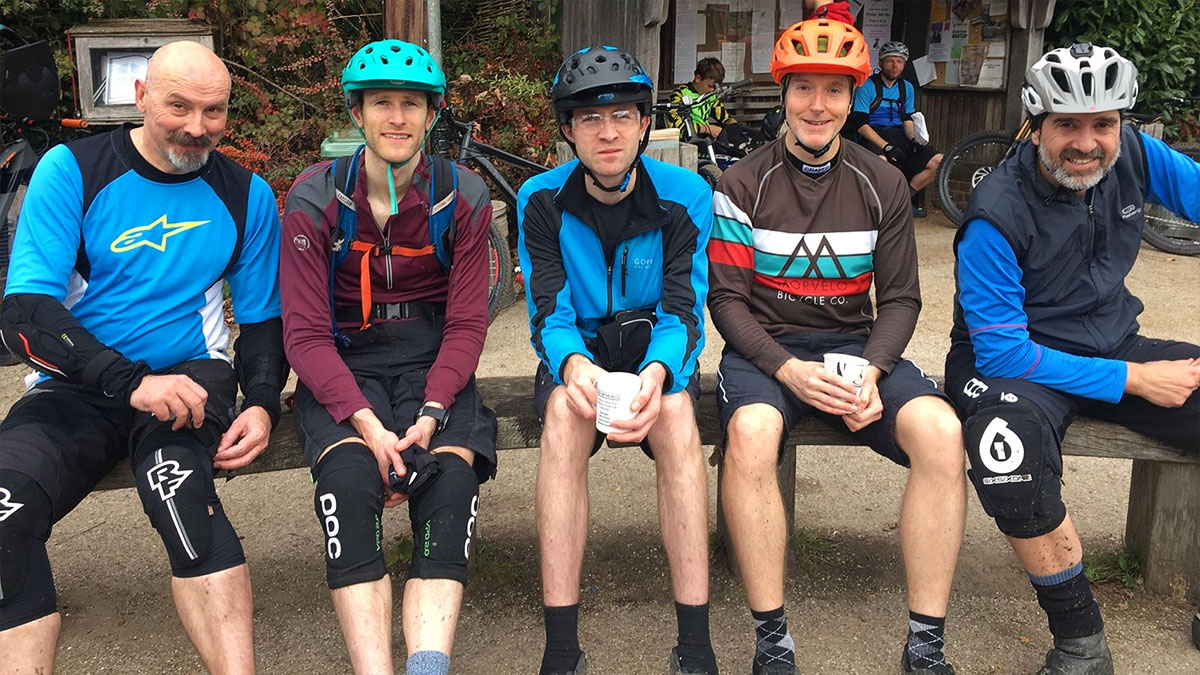 My personal highlights were Barrie Knows Best (yes I know it’s a classic but I still love it), Bo Selecta, Secret Santa and SuperNova back to the Walking Bottom carpark. It was hard to find a trail that wasn’t running great and I was actually spending a bit of time airborne as the result of it.

I was also enjoying the climbs, strangely. Some of them were bloody hard as our stats of 2650 feet over 17 miles attested. Worst of all – by which I mean I quite enjoyed it – was the Death Star climb from Gasson Farm. Enjoyed it, cleaned it, but in no rush to do that again!

At the end of Secret Santa we met Jonesy, Karl and Nick, all people we’ve ridden with in the past before it became apparent they were much faster and ‘hardcore’ than us! It was great to see them and have a chat. 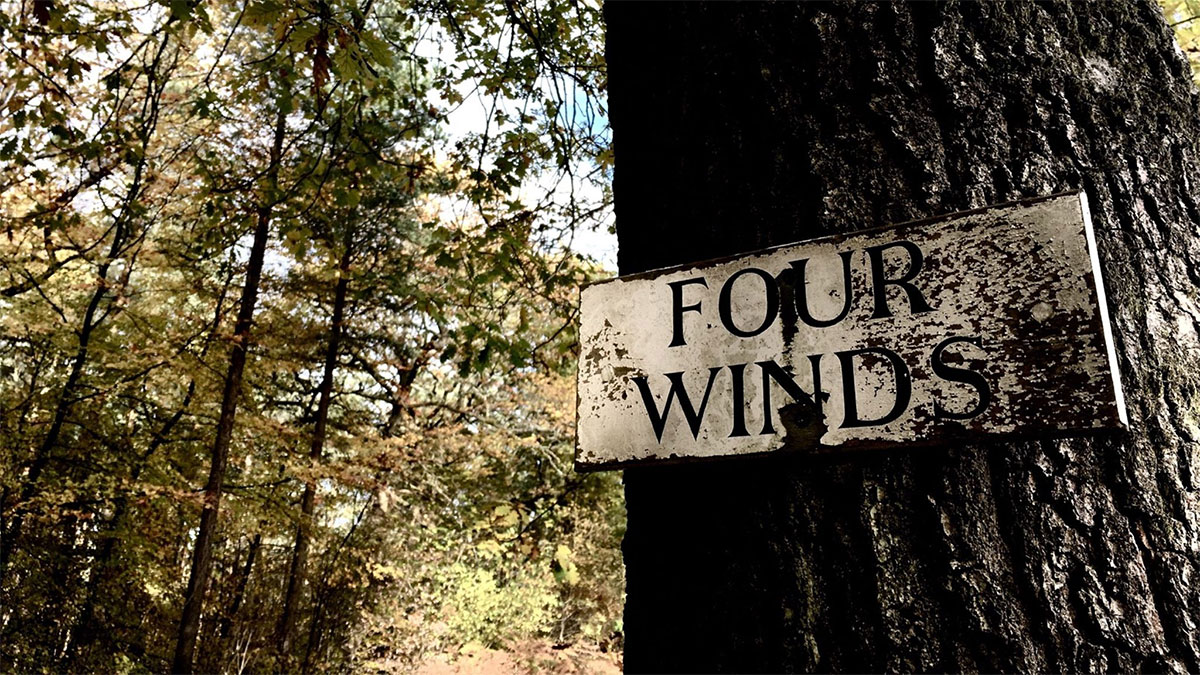 Another thing worth commenting on was the number of electric bikes out there.

Is this a good thing? I can’t say; people are riding that’s the main thing. Will it cause issues over time? Maybe as the line between pedal power and motorbike blurs.

For now, they look awesome at getting people back up the hills, but still require a lot of work to ride well. Karl was on one, but there were also plenty of other people overhauling us on the climbs. What’s interesting is how quickly these bikes have appeared – less than two years and the prevalence of them is small, but increasingly noticeable.

One final thought. I’ve ridden these trails for many years with lots of people and its always the present company that is the most important. There is nothing to beat being out on the trails with mates after all. Even so, I couldn’t help reminiscing at various points during the ride about a certain missing – presumably retired – Mole. Yes I’m talking about DC.

Passing the end of Death Star, which was always a favourite of his, and storming down Crackpipe, where all I could hear in my head was ‘Slidey, slideeey!!’ it struck me that an e-Bike might be just the ticket in his case. Just sayin’…

Thanks to Elliot for todays’ ride composition, it was a cracking ride and I’m glad I was able to make it. I was even more surprised that I didn’t hit the buffers during the afternoon as expected, even though I am, as ever, riding back to fitness.

Filed under Rides in November 2018