An intrepid group of moles, nominally organised by MarkyMark and consisting of DaveW, Bazza, D’Andy, Andy661 and Tony are out to ride the South Downs Way in a day today. 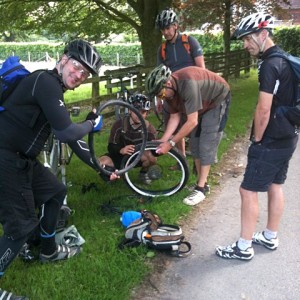 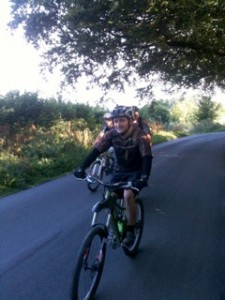 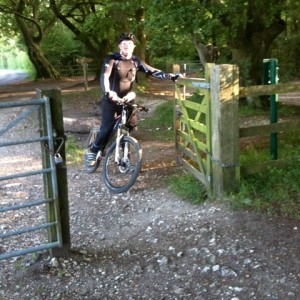 8:23am First puncture of the day D’Andy. Nobodies going back up the hill to help. Much p!55 taking. (Tony)

8:27am MarkyMark says D’Andy looks like he came down the hill looking like he was riding a donkey. 9.6mph average. (Tony) 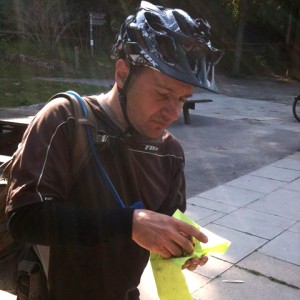 10:44am The Gurkhas are out in force for their walk tomorrow. We’ve asked the Gurkhas to ‘hurry up’ Andy. Looking at the weather forecast definitely today was the best choice. Tomorrow looks horrible. (Tony) 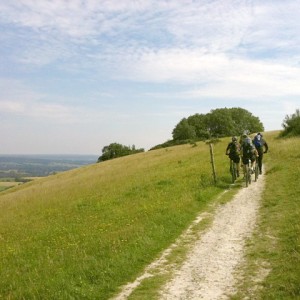 10:44am On Harting Hill. This is where it really starts! (MarkyMark)

11:05am Baz and Tony miss sign and are missing downhill too ha ha! (D’Andy)

11:23am Getting hot. Still no wind. Nearing Cocking. That reminds me, got a nice cottage cheese factory going on in my underpants (MarkyMark). 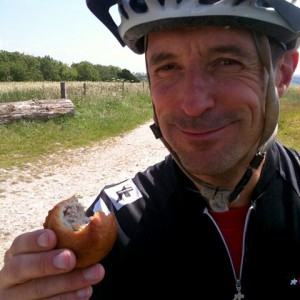 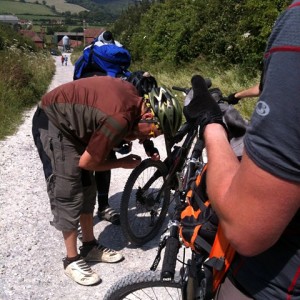 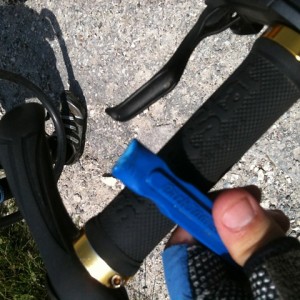 12:28pm Overlooking the Arundel Gap on the SDW 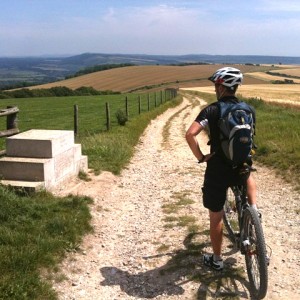 1:38pm Nearing half way not quick enough! We are going to have to go some. (Tony) 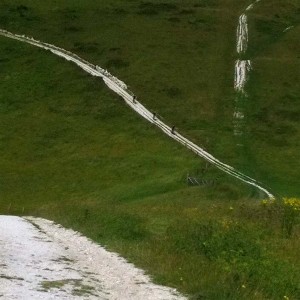 1:48pm Climbing out of the Arundel Gap D’Andy has gone for the granny. As per usual. (Tony) 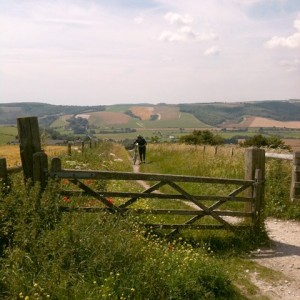 2:41pm Just downed ForGoodnessShakes. Thanks Darren and Amanda for the tip. Andy661 pulling off at Washington. (MarkyMark)

3:08pm Fleecing Andy661 of all his supplies and tubes. He’ll be heading into Worthing in only his pants at this rate. (MarkyMark)

4:01pm Now its getting tough. Grinder up Truleigh Hill and it was truly a hill!! (Tony)

4:39pm DaveW breaking wind to the theme of X-Factor (MarkyMark) 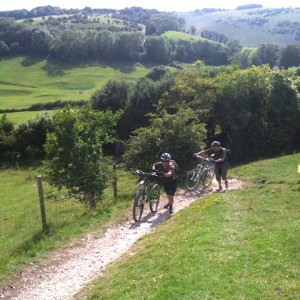 5:49pm DaveW taking advantage of the Gurkhas filling stations set up en route for their event tomorow and emptying his bowels in their portaloo. Tempted to push it over with him inside but a group of Gurkhas staring on. (MarkyMark)

6:23pm Crossing A27 and about to do the arc climb into the SW’leys. Mainly grass, loads of drag. (MarkyMark)

6:49pm Another big climb done. We aren’t going to be at Eastbourne early.(Tony) 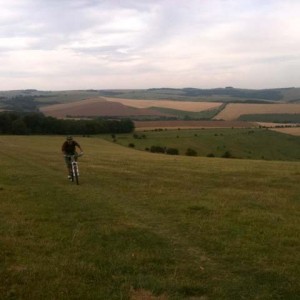 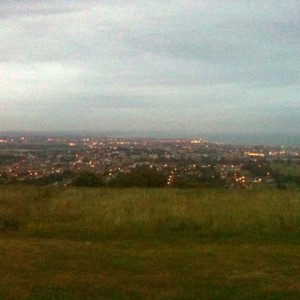