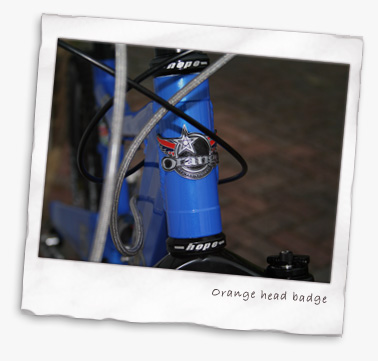 It is nerdy I agree but for the purposes of historical record I’ve taken a few pictures of my new Orange Five in its pristine state.

The bike is barely three miles old and showroom fresh, which means I can say fairly confidently that it will never look this good again! And you never know, we might be able to get some photos of it actually being used at some point…

View my pictures of my 2007 Orange Five on Flickr.