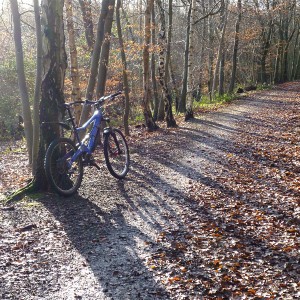 Back at the beginning of December, as previously mentioned, I set myself a target to ride every day of December 2011.

Why? is a good question but quite easy to answer.

First off, I’d felt I’d been a bit flakey with my riding over the previous quarter and a look at my mileage for October and November confirmed this with an accelerating tail off from my riding peak in July.

Second, I always reach the New Year with a bit of weight to shed (it’s all relative!) and a feeling of playing catch up. I figured if I was going to make New Year resolutions then I might as well get started early and go for it in December.

Which is what I did.

The month started slowly with just 6-7 miles on day 1 which I forgot to record as they were on my Muirwoods and that didn’t have the Garmin bracket installed. It took until later in the month for me to realise it is actually very easy to switch it between bikes!

But after that I got into a steady rythmn, mixing road and off-road riding. In fact the final mix was pretty even with 18 MTB rides vs. 13 road rides and the mileage split at 232.8 for the MTBs and 271.9 for the Road bike. That total is 504.7 miles which is further than driving from London to Edinburgh! The real total is a touch more as my Garmin mis-read for a few days before I replaced the speed/cadence sensor battery. 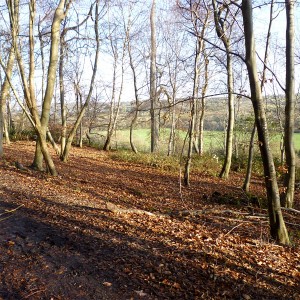 As the month wore I felt I got slower and slower but partly that was down to the trails deteriorating over the month as the weather got wetter and partly that was just plain tiredness. Certainly the final third of the month was marked by a feeling that my legs took longer to warm up and they felt sore at times. A bit more attention to the science, with protein post-ride drinks and proper stretching might have warded that off and if I’m honest I feel pretty strong at the moment.

The final few days were a tough one mentally, not helped by my finally succumbing to the head cold which has troubled practically everyone over Christmas. In the final days I had DaveC, Keith and finally Kev and Keith with me on the last ride of the month and thank god they were there to keep me moving! Thanks (really, lots of thanks) to everyone who joined me over the course of the month as your company made so many of those miles bearable.

Would I do it again? Yes is the answer, it’s a great way to get fit and to try different things. I rode all my bikes for the first time in ages, including my old Muirwoods and that’s a great way to justify having four bikes. Over the month I lost close to half a stone in weight which makes me one of the few to lose weight over Christmas. And some of that lost weight could be temporary as well!

Riding similar trails each day on different bikes gives a different perspective on things and I found myself exploring off piste at times which we should do more of. There’s a few stealth trails out there we could carve out for ourselves, given a bit of imagination. 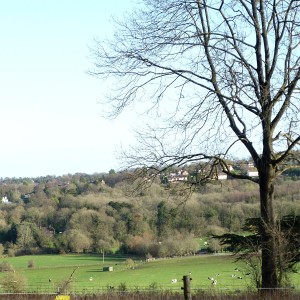 The only downsides are the impact on the family – I had to get out at very odd times, particularly in the week before Christmas when I was doing short 6/7 mile loops to keep the project going but even so it seemed the washing machine was permanently in use cleaning and drying kit! There were a few rolled eyes from everyone each time I announced I was just nipping out for a short ride!

I quite fancy trying the idea again in April, May or even July when the trails are dryer and the evenings longer but wonder at the impact of the heat on my body. It will be a completely different experience, and one undertaken probably for different reasons but if you want to challenge yourself with something like this I would highly recommend it.

Filed under Lifestyle, Mutterings in January 2012