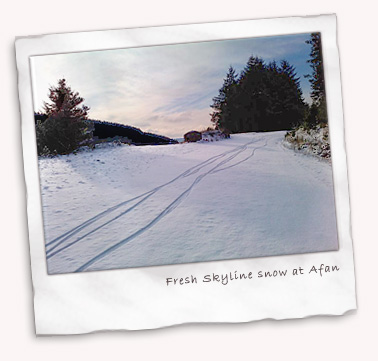 The weather has struck with a vengeance, with heavy snow covering the Surrey Hills. Frankly, it’s a bit of a pain really but as Danny here shows, it doesn’t have to stop you riding.

Ahead of his knee rebuild he visited Afan last weekend and sent me the pictures and a short note to prove it. Over to Danny…

Just thought I would send you my pictures from Wales this weekend.

I had planned a trip to celebrate the end of my season, and was adamant that I would complete Skyline in full before my knee surgery in December. True to form, I did it yesterday. In half a foot of fresh snow!

It was an awesome experience which I will remember forever.

Extremely cold, very exposed and with zero traffic on the trails. I had pretty much first tracks all the way round!

There are of course many stories associated with this kind of fool hardy riding, all of which can be told upon request. In the mean time, enjoy the pictures and see you all soon. 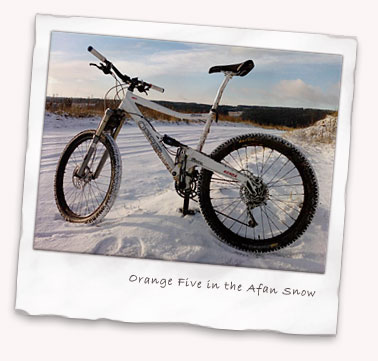 All the best for the op Danny, hope it all goes well. The rest of the pictures of Afan in the snow can be found on Flickr.