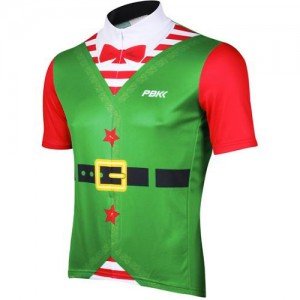 So here’s the new Muddymoles ride shirt, just in time for Christmas.

I’m joking!! Of course it’s not, although the real thing is now in production with Endura. It’s a retro effort which aims to be recognisable out on the trails rather than quirky due to the colour and prominent display of our name, so I hope those who have one on order will remember they are now ambassadors for us all!

I’ve also seen a preview of the new top from SussexMTB too which looks like it will be really nice, based on a red/black/white colour scheme, so keep your eyes peeled around the Surrey Hills for one of those. Possibly nicer looking than our effort but we’ll see!

The truth is it’s quite a complex process getting custom clothing made – quite apart from the organisation of people’s requirements (thanks muchly Dave!) for which the term herding cats was invented – there’s the issue of making sure what looks OK on a computer screen actually translates into something wearable in the real world. Some would say D’Andy’s wardrobe is testament to this difficulty.

So, in a few weeks we can unveil our new-for-2012 look. In the meantime, if you would like to buy the elf in your life a new outfit, take yourself along to PBK (ProBikeKit) for a minxy Elf Cycling jersey. Go on, you know you want to…