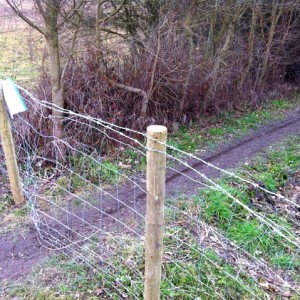 This afternoon I managed to free up some time and thought, briefly, “What shall I do?”

Moments later, I was dressed and excitedly unlocking my bike from my little cave. I decided that I would try out a new route from home to include a short extension to my usual route and set off thinking about where to go.

I crossed the Epsom Downs and headed down to Langley Vale and along Pebble Lane, up Life On Mars and on to Secret Singletrack. I messed up the line there and re-traced my tracks up to Headley Common. Once out the other side, I was marvelling at just how good conditions were. Dry and pretty firm. I was really enjoying it. Having never done Bat Out Of Hell in the day light, I decided that it was calling my name, so cut into the woods and began the traverse over.

Having dropped the steps at the top, I turned hard right and let the bike go. Picking up speed I was amazed at just how smooth the run was compared to the last time us moles rode it. The ‘track’ seems to have opened up loads and it was a real pleasure nipping under the trees into the dark side.

Turning hard right, I dropped down into the tight, steep chute and let the bike go. The breaks screamed and hissed as the trail twisted and turned and I pinned it all the way down to the bottom laughing to myself at just how sweet it had been. I rolled through to the bottom section by the little house there, and turned up to follow the track all the way to the next sharp right leading me down to the Reigate Road and across the railway bridge.

Here comes the fun part. Having negotiated the crazy decent and feeling really good on the bike, I cruised the last few meters down towards the railway grinning like a Cheshire cat and, I admit, silently priding myself on stomping the trail. Free wheeling left and right through the twists and turns I was as happy as a boy could be. 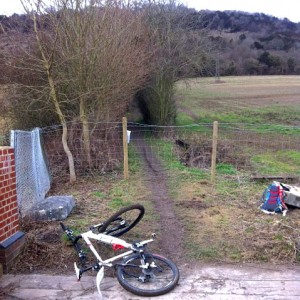 Rounding the final corner and exiting the dim shadowy light that the trees and bushes had cast, I saw the railway bridge ahead. On previous rides I remember the bridge to have a nice little drop off on the other side which you can pop off. Looking ahead to spot my line I was completely oblivious of the sturdy wire fence with barbed wire top that had been erected just at the entrance to the bridge. But then I saw it. I had no time to react. I slammed on the brakes and hoped for the best as I hurtled towards my impending doom.

My front wheel slammed into it and stopped dead sending me over the bars with the bike still under me. I did a forward roll that I know Sam Pilgrim would have been stoked with and crashed into a heap about five meters down from the fence.

I jumped up in that ‘I’m so embarrassed’ way and started checking the vitals. Bike. Ok. My various limbs seemed to still be intact. No particular pain or blood showing. With the exception of my riding jersey being torn in a way not dissimilar to what a fight with Zorro might look like, I was fine.

I then got quite cross as I stood there looking at the fence. It was a bridleway after all. Surely some signage would have been a good idea? Some advance warning? A bit of high viz tape? Anything really. Anything that is apart from a flee bitten bit of A4 stapled to one of the posts saying something about ‘temporary closure’ I can tell you, the strength and viscousness of that 5 foot fence felt anything but temporary!

Still, I was lucky enough to have lived to tell the tale, so I rode on. I’m not sure what the moral of the story is really. Perhaps it’s to expect the unexpected.

I just wanted to let you all know about this particular obstruction before anyone else comes a cropper. 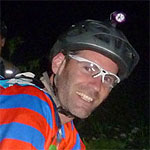 Dan's been into mountain biking for just over two years and riding with the Moles for one. His trusty stead is a 2010 Orange Five Pro which he loves, perhaps more than he should. Oh and a Kinesis Maxlight XC Pro...

When not riding Dan's a lawn care specialist. Check out www.matts.biz