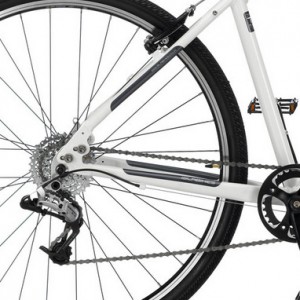 When new ideas come along you can do one of two things – embrace them wholeheartedly and get ahead of the curve or, wait until they’re not new anymore. Hopefully by that point you’ll know if the idea was any good or not.

So it has been with 29er mountain bikes (or MTBs with 29 inch wheels if you’ve been living in a protest camp these past years). They’re not new, but after two or three years of people taking positions regarding them they seem now to be a sensible consideration when buying yourself a mountain bike.

I’ve been in the latter group of consumers who wanted to see a more compelling case for them than the initial hype. I’ve ridden one or two occasionally, been spat off one quite hard and generally couldn’t see a big enough reason to change from my – frankly beloved – Inbred hardtail and Orange Five. I still don’t have a good reason but pinging away on the ‘nice-to-have radar’ has been the idea that at some point it would be nice-to-have a 29er in the stable. Alongside my other two mountain bikes.

The main issue has been cost. Upgrading to a 29er is expensive as you need to buy new wheels alongside a new frame at a minimum, and quite possibly a new fork too. I just haven’t been that bothered. What would be nice would be if I could buy a decent entry-level 29er and upgrade it over time.

This is where the Islabikes Beinn comes in. I read this review on Bikeradar today and can’t help thinking this would be a perfect place to start my 29er experience. First off, it is billed as a hybrid which is why when I casually checked the Islabikes website a while back I hadn’t really thought too much about it. It’s clearly oriented toward the path-riding side of things rather than ‘proper’ off-roading, at least at first sight. 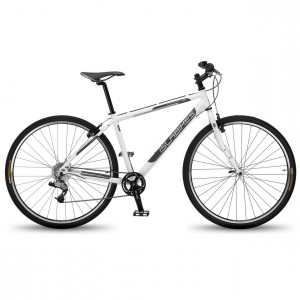 As pointed out by Bikeradar though, there are some very significant positives on it’s side. First, it can be specced with 2.0 Mountain King tyres which means even though they are not my taste of rubber, the frame can clearly handle reasonable tyre sizes. Second, and very importantly for me, is the fact the frame has adjustable dropouts, which means it can be singlespeeded. Now we’re talking!

You see, if I get a 29er I’d like it to be a real contrast to what I have. I’ve been wondering for some time how the Inbred would feel geared as 2×10 but have been loathe to stop singlespeeding, even though the lack of sliding dropouts on the Inbred has been a source of frustration to me. Having a 29er singlespeed might be a decent cross-country alternative which can always grow gears at a later date if I prefer. You’ll notice the bike is pearly white and my pink anodising off the Inbred would transfer across nicely too.

The best part though is the price. £399 (and yes you read that correctly). It would of course need a few component tweaks to get it right for me – stem, handlebars and saddle for example – but this is a really cheap way to get into 29ers. The only real issue is the lack of disc compatible hubs, which would require a new wheelset at some point, or at least you’d need to get handy and re-build the existing wheelset with disc hubs. An 80mm Rock Shox Reba 29er fork would probably be on the keener riders shopping list too.

But all in all, I’m very tempted. You either wait until the flood of new 29ers in the shops this year starts to get heavily discounted to make way for the 2012 bikes, or go for something like this which is basic but serviceable and work from there. The discounted bikes might come with a far better spec but they won’t necessarily be available with the slidey dropouts and will still be a big financial hit in one go, unless you can balance it with good timing and the Cycle2work scheme.

So am I going to buy one? Well, I’d love to try one and am sorely tempted by the idea of some cheap and cheerful riding.

Did you know for an extra £10 Islabikes will also provide you with matching custom stickers with your name on it??

Filed under Mutterings, Trends in November 2011