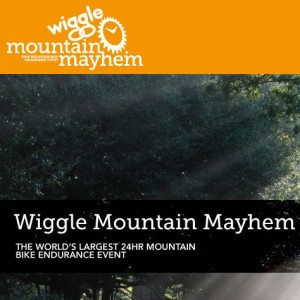 This weekend, tomorrow morning at 5:30am in fact, we set off for the 2012 Mountain Mayhem event at Ledbury. The notion of racing has already gone out of my mind after checking the dire weather reports for the weekend.

DaveC, BigAl and Kev are already there, having staked a spot for us, and if their reports are accurate I’m packing an aqualung and a snorkel. Apparently at least one tent leaks like a sieve.

Why do we do it?? Having got dead lucky on our first visit to Thetford in 2009, the following year is now notorious in D2D legend for the miserable weather visited on all the poor souls attempting to race round the Thetford Forest, us included. Last year we sent an advance party to Mayhem who came back reporting things were MUCH better than D2D as the weather was nicer (it’s high summer after all) and the short nights make the time fly.

So this year, turning up en masse with three teams of four, plus with our friend Amanda riding solo what happens? Judging by the most conservative predictions, it looks like relentless rain, particularly during the small hours of Sunday morning. Which means it’s a big mud* sandwich from which we’ll all have to take a bite.

So my plan is not to fight the course but to just keep rolling, something many broken riders failed to do at D2D 2010. Keep moving, pick careful lines and try to avoid contracting Trench Foot.

* Get me. I paraphrased!