Afan has exerted a powerful pull since our visit last month. Quite apart from the great riding, good company and (in Mark’s case) a new pair of gloves we’ve managed to capture a good few pictures of the weekend (on Flickr).

Here’s some more of my favourites. First, my shot of Colin on the bermy play area at the top of the Whites Level climb. 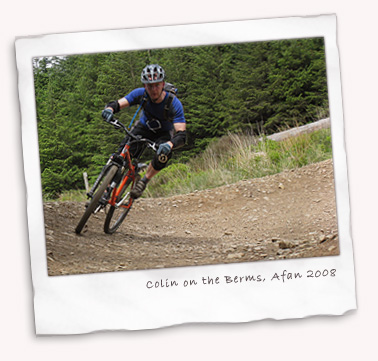 Next, Dave P celebrating his (probably hungover) achievement in reaching the top of the same climb. Nearly killed him the time we made him stand there doing that… 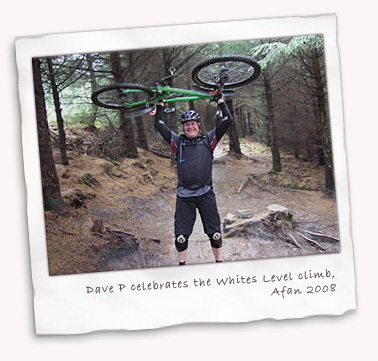 And finally our tribbles laid out in their glory at the Glyncorrwg car park. Sometimes it’s not until you see the bikes massed together that you realise how much wedge we’ve invested into our hobby. And that’s by Dave alone! 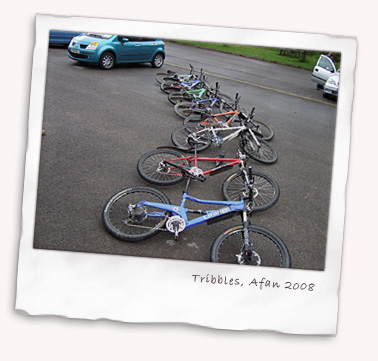