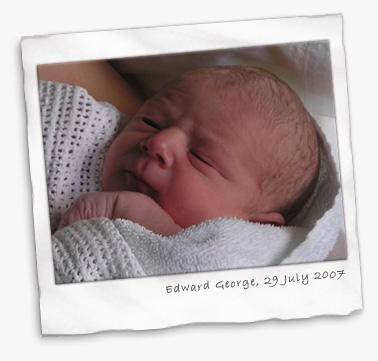 Matt seemed to be labouring under some delusion that I would have some time free during my paternity leave to get out for a ride or two. I am now almost at the end of my two weeks leave, and don’t actually seem to have sat still once, let alone had time to think about riding my bike.

However, an email arrived on Tuesday that heralded the imminent arrival of another new arrival, my recently ordered red 456 On One frame. According to Brant’s email the frames are due in this Friday (10 August) and should start shipping out to the eager customers shortly after.

So not only will I be suffering from sleep deprivation due to Edward’s nocturnal feeding routine (there is nothing fun about 3.30 in the morning), but also pants filling excitement in anticipation of my new frame.

One thing though, when I am ever going to have time to build the new bike up??