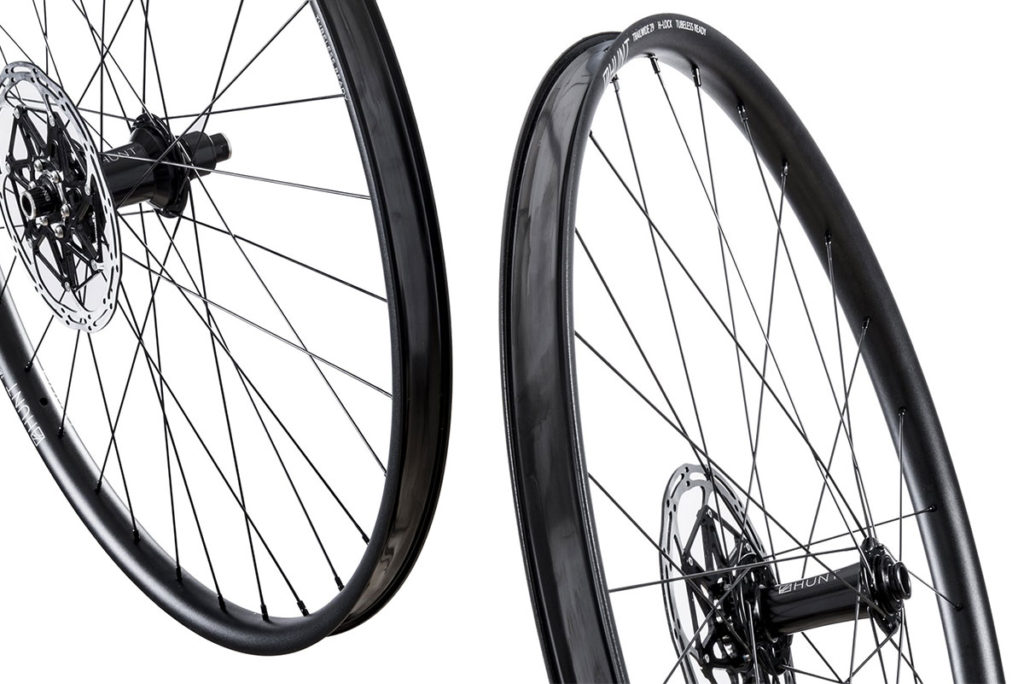 If there’s one thing I find upsetting, it’s spending money when I don’t have to. Which makes my latest purchases rather hard to explain.

I’ve just pressed the ‘go’ button on a new fork and wheels for my YT Jeffsy. The reason is all down to tyres believe it or not, so don’t let anyone try and tell you it’s in the name of future-proofing (whatever that means).

The thing is, there is an element of future-proofing involved because while I try and avoid unnecessary expense, sometimes it’s worth it. If I look at current trends in mountain biking, once you get past frame geometry and sizing the only significant evolution is really toward fatter tyres on wider rims.

The wider rims support the wider tyres, but in order to retain reasonable clearances you need a Boosted set-up – 110mm hubs at the front and 148mm at the rear. The wider hub spacing also gets you a stronger/lighter/stiffer wheel (it varies!). In theory, wins all round.

Now the Jeffsy frame already has the rear end Boosted, but when I bought the bike in 2017 it had a pre-Boost Rockshox Pike RC on the front (it was a 2016 spec bike). It wasn’t something that bothered me since I got the Jeffsy for just £1400 new and a bargain is a bargain.

However, from Day One the tyres (Onza Ibex 2.4s) turned out to be a long way from what I would choose for my riding style. In addition, the wheels (DT Swiss Spline M1900s) are only 22.5mm interally and if I have a criticism of them I’d say they do flex when pushing on. I’ve hung on to both the wheels and tyres based on the ‘run what you brung’ concept, but after 1500 miles it’s time for a change.

What I am looking for – and would have preferred from the start – are wheels that are about 30mm internal with up to a 2.6 tyre on the front and a 2.3-2.4 on the rear.

Given that 110mm Boost forks are now pretty much standard across the board, and that a 29er wheelset would especially benefit from the wider hub spacing, it doesn’t make sense to NOT buy a Boost wheelset. The only problem – as you will have spotted – is my current fork is pre-Boost.

All this is to say that in order to run the fatter tyres that I want, I need to replace my wheels and my fork! I know that seems crazy, but I think there’s a lot more to get out of the Jeffsy and it’s a lot cheaper to do this than buy a new bike. Plus, these are the sort of quality components that can transfer to a different frame if I decide otherwise.

What have I bought?

Well, first off, a 2019 Rock Shock Pike RCT3 with a 51mm offset and the Charger 2 damper. My current 2016 Pike RC is a 46mm offset but the Boost versions of the Pike only come in at 42mm or 51mm for 29ers. It’s not a massive difference but all things being equal I decided the longer offset was better in the interests of stability. I quite fancied an MRP Ribbon fork which comes in a wider range of offsets and are well thought of, but I just couldn’t get the pricing to work for me vs the Pike.

For the wheels, I’ve settled on a Hunt Trail Wide MTB wheelset. They come taped for tubeless, are 30mm internal and are lighter than my current DT Swiss set-up. They also come with an unfailingly positive set of online reviews from various publications. Hunt are based on the South Coast of the UK and seem to have become very popular very quickly based on price, specification and reputation. I’m looking forward to them a lot.

The net result should be an even better handling Jeffsy with more grip, better steering and better suspension damping. Finally I will be able to fit the rubber of my choice.

What that will be I don’t yet know – possibly some Maxxis Wide Trail tyres, or possibly something from Specialized. That’s a separate set of choices for another day!

Filed under Mutterings in January 2019