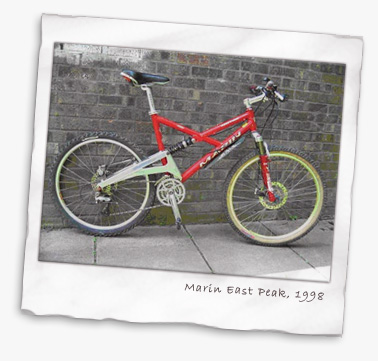 This was my second Marin after a brief spell with a Muirwoods (same as Matt’s). I wanted to go full suss and loved the way the bike rode – still do.

It’s very different to the Inbred and also substantially more agricultural. It’s NOT a light bike!!

The upgrade bug led me to add the rear lock out shock and then a front disc brake, followed a couple of years later by a rear using the universal torsion bar that Hope used to do.