For a very long time I’ve wanted to document the geometry numbers on my original On-One Inbred which dates to 2005.

In fact, the Inbreds go back further. The clue is in the name, borrowing the famous DeKerf split rear end seatstay design for a start (just to be clear, I’m not saying that’s where the name came from!).

By 2005 when I got my original design frame they were starting to get a bit outclassed, though never declasse. Dave had exactly the same frame in 2003 and the first singlespeed versions started around 2001 albeit with marginally different sizing.

At the time, the Inbred’s built quite a cult following for being not only cheap and made out of steel but for having a long top tube and short stem (at least by the standards of the day). Does that sound familiar?

Even more surprising is that if you take the stem + Effective Top Tube numbers together, the dimension of my 16″ Inbred with 90mm stem is exactly the same distance as my modern Long, Low and Slack Bird Zero AM!

Of course, it’s the differences that are important. Back then head and seat angles didn’t get the same focus and of course, everything ran on 26″ wheels. ‘Slack’ as a concept was rarely discussed. Neither was the Wheelbase, or the Reach or BB drop. Another key figure to contrast – the handlebars – were considered wide at 660mm, whereas now I run a conservative 760mm bar on my Bird. 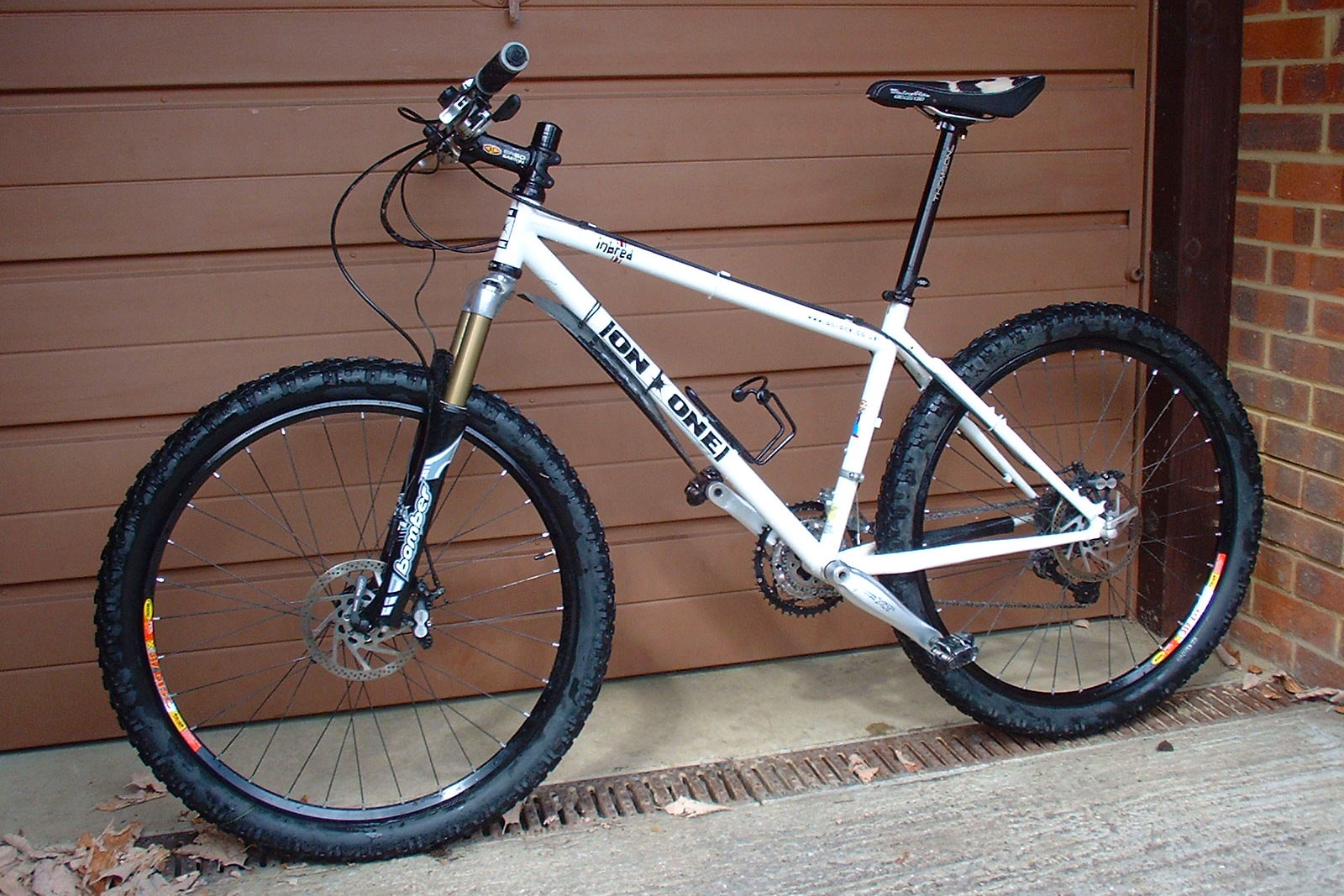 Several subsequent models appeared – a 456 version in ‘That Blue‘, a 456 version in ‘New Blue‘, then 29ers of different flavours, including Dave’s famous ‘Desert Sand‘ version. Dave it seems probably had them all at one time or another and he wasn’t alone.

Despite that, I still have my Inbred and feel the original was best. Run it with 700mm bars for the best flex vs. control balance. Don’t expect to keep up with modern machinery.

Anyway, the figures for the original geared 2003-era frame are below, saved for posterity before even the internet forgets. It does amuse me that in many ways the numbers are similar to modern gravel bikes but with smaller wheels and a lower stack. What’s old is new and what’s new is… one day old.

What’s clear to me, running a 16″ frame with an over-long 90mm stem, is that the frame is just slightly too small for me, which is why it always felt like a big BMX!

Filed under Bikes in January 2021