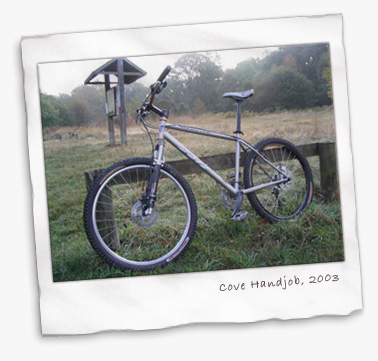 Thomas bought himself a new bike after his Orange UFO committed hari kari in 2003 by chewing up its rear wheel and derailleur leaving him to look for a ‘cheap’ frame to get mobile again.

We’ll publish more details after we’ve reviewed it in depth.