As many of you will know, I’ve ‘secretly’ set myself a bit of a challenge for December, which is to try and ride a bike every day of the month. It may not sound like a particularly difficult thing to do, especially if you are one of the many riders who commute each day to work, but I’ve found it be a lot tougher than I expected.

Having reached the two thirds mark, with 20 rides in 20 days I thought I’d give a short run through of my experiences so far. 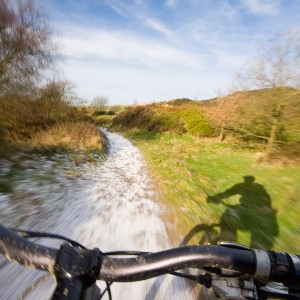 ‘So, what’s the problem then you serial whinger’ I hear you say?

Well primarily the greatest difficulty, as is often the case with this sort of thing, is the sheer mental effort required with keeping the endeavour on track. It’s pretty hard physically of course, but being willing to drag yourself out on yet another ride is the hardest part, particularly in the depths of winter when you have multiple layers of clothing to choose, organise, keep clean and get dry, ready for the next day.

I’ve had to contend with ice, freezing mud, heavy rain, sideways rain, high winds, fog, dark mornings, dark evenings and even sparkling sunlight as the low winter sun tends to blind you with reflections. On top of that, keeping lights charged and swapping them between bikes as necessary all adds up to a lot of faffage before you can even think about the ride itself and where you are going to go.

The other factor at play is that you spend a lot of time riding on your own. I don’t really mind solo riding but a big part of the enjoyment for me comes from being able to share a ride with other people. The majority of riding when you do this sort of thing necessarily becomes solitary as you steal odd moments to get out when you’d normally be cosied up at home. This morning for example I nipped out at 6:15am for some miles across Bookham Common with the moon still out. Other times I’ve been heading out to the Hills at 4:00pm on a winter’s evening, just as the lights are coming on in people’s homes.

On the plus side, I’ve managed to use all of my bikes widely for the first time in ages. The Muirwoods has turned out to be a decent winter hack with mud tyres and rigid forks making familiar trails a challenge and a novelty while also being quite usable for trips to the shops. The singlespeed speaks for itself for winter riding although with increasingly tired legs and Nobby Nic tyres I’m saving it for good days, while the Orange is a great way to cover the miles comfortably. The road bike has been a real workhorse too, with it’s Crud Road Racer mudguards doing a great job of keeping me dry. I’ve had to forego regular bike cleaning though, which means the garage is filthy!

I’ve also been lucky to get out with some of our Moles for rides at odd times – a trip to Reigate with Tony early on a Sunday evening with the weather closing in, a gentle road ride with MuddyMark (get out more Mark!), a short Ranmore up-and-back with JohnR and KevS and of course the Christmas ride has been just what I need. Plus yesterday’s antics on Ranmore with D’Andy exploring the limit of his tyre’s traction was quite memorable. 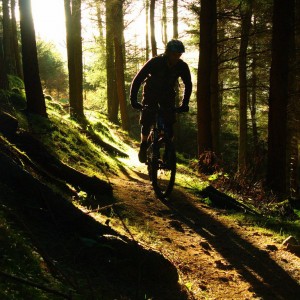 Physically, it’s tiring. I set a minimum target of five miles a day, which doesn’t have to be completed in one ride. This doesn’t sound like anything at all but I’ve actually averaged 16 miles a day so far (with a few road rides pushing that figure up) and it feels as though my speed is getting slower and slower through the month! This week will help as I will be lucky to get in the minimum five miles each day with pre-Christmas stuff on. My hope is that I reach January without the post-holiday bloat and lethargy but in truth, at the moment, my legs are feeling sore!

I’m now 20 days in and things are so far looking good. I feel pretty good on the whole. Just 11 days to go…

Filed under Lifestyle, Mutterings in December 2011