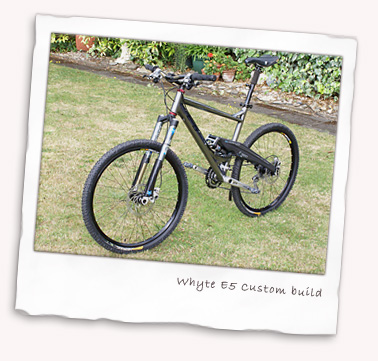 Well, it seems the world is full of scrotes. But, knowing the MTB community is both knowledgeable and vigilant here’s details of AndyC’s recently nicked Whyte E5. It’s pretty distinctive, being a brand new frame (they don’t even offer these for sale now) with some nice finishing kit on it. It’s probably one of only a handful of 2009 E5’s in the world. If you see this bike, please report it.

What’s made it worse is this is a crash replacement frame which Andy has had to wait four month for. It’s had one ride, then got pinched while he was away working in France. Not a piece of news you want to come back to, especially since this was all set to be added to our list of rider’s bikes!

Here’s the spec in a bit more detail.