The people’s downhill centre? Or why Antur Stiniog’s lack of ‘gnarr’ is a good thing. 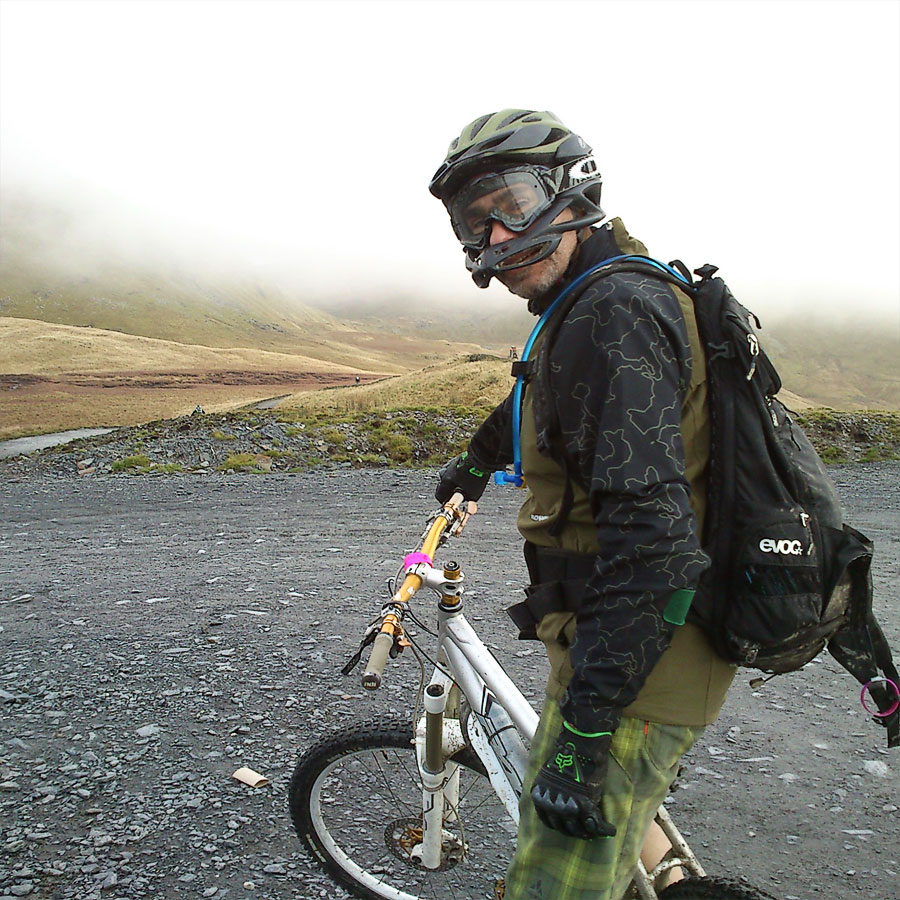 Often, when I write about a ride or a trip, I simply describe the trails we’ve ridden as best I can. However, there’s a wider issue here which I think is quite a breakthrough for UK trail centres. Antur Stiniog has received a lot of good press recently, and rightly so, as it is good. It’s good because it’s not ‘gnarly’.

Wind back 24 hours, and various comments from riders at Llandegla made to Tony and Matt (while they hung around waiting for me to faff about fixing a puncture) suggested that anybody not riding a full-on DH rig at Antur Stiniog was going to struggle, and struggle big time if it was wet. So it was quite a surprise to me to see quite a smattering of trail-oriented bikes while waiting for the uplift.

In fact, the good ol’ Orange 5 seemed to be the most popular bike in the car park, supported by a few Lapierre Zesties, Cubes, etc. Many of the riders were not sporting full-face helmets, either. What was going on? 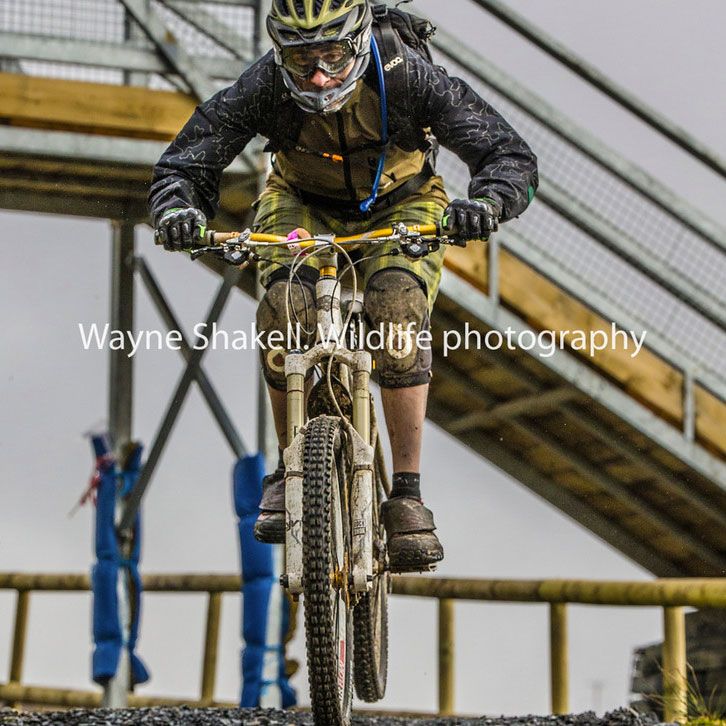 Fun, that’s what was going on. And the people having it weren’t testosterone-fuelled youngsters on big rigs. Women and elderly male riders of the Grand Mole’s vintage were very well represented in the uplift van, which unlike at Cwmcarn was not blaring out Radio 1 distorted by the poor signal due to the surrounding hills. In fact, it was pleasantly quiet.

At the top, the two black routes start from where the van stops, and the red & blue routes require a short down & up to get to the start. Getting on for three-quarters of the riders headed off to the red & blue runs.

RoadMole, Akak & myself headed off with the crowds, and not wanting to overreach ourselves on the first attempt, down the blue we headed. It was fun. As-fast-as-you-dare swoopy berms, with quite a few little lips to pop off for some small, but fun, air. Part way down the red joins it, and later on the blacks do, too.

The final descent is via quite a slippy rock section, which technically was probably the hardest feature in the trail. That was such great fun we headed straight back up to tackle it again, and again. 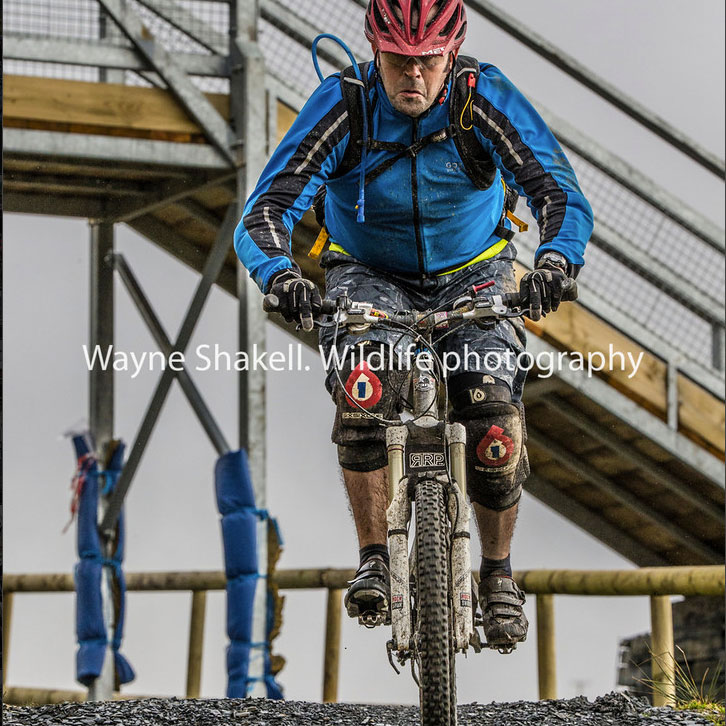 Later on that morning, Akak and myself tackled the red route. After a slightly more technical section at the top, it was not too different from the blue, with just some slightly bigger rock sections to merit the slightly harder grading. None of these two runs needed a huge amount of travel on the bike (Akak was on his Cotic BeFe hardtail), or a huge amount of ‘cojones’ (I’m writing this in Spain) to get down safely.

This is why it’s different from the normal uplift, and why it’s so popular. You can fit in maybe 15 very fast and fun descents in a day, for £26. You’d struggle to get that amount of fun if you had to cycle up, and for most of the riders there, the blue & red runs delivered all the excitement they needed. Is this the way for trail centres to go? Several blue & red runs, and maybe a black or two for those that really want to use their DH bikes. We’re told further planned development is likely to be at the blue & red level, not black.

I did tackle the easier black route after lunch, and it was noticeable how few riders were actually coming down it with me. I minced some of it, and the main difference between it and the red was the size of the rocks, and the steepness. It was testing, but fun. 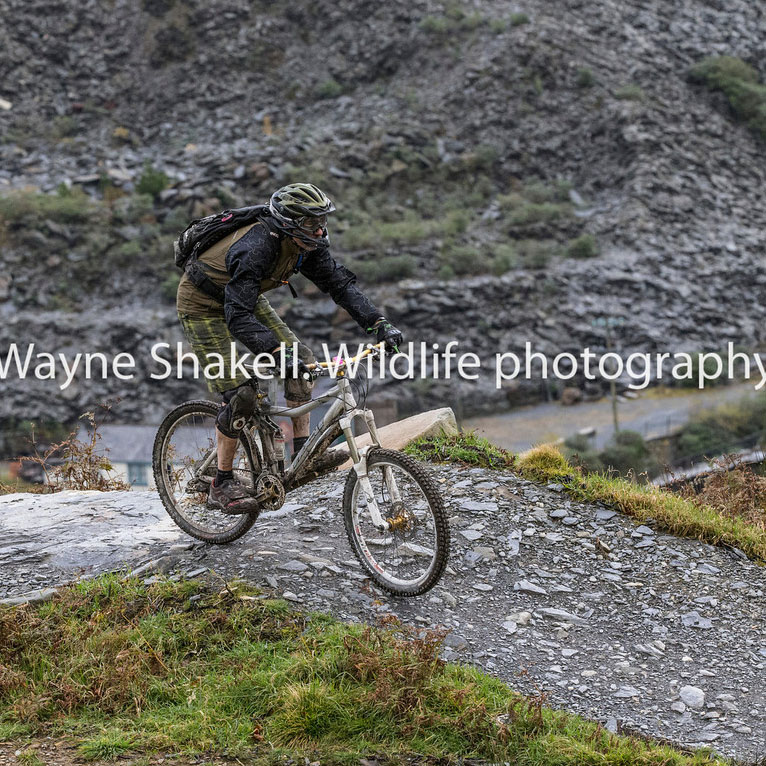 I’d love to go back and ride it with a few others, as knowing you’ve a mate nearby who can assist if it all goes horribly wrong gives you that little extra confidence. Towards the end, the black route splits into three, with a fairly mental vertical drop off a rock for those with a complete disregard for their own well-being.

We did get a little rain in the afternoon, but the course was not particularly affected by it. The bulk of the trails appear to be made up of crushed rock & slate, and so there was still a good amount of drainage and plenty of broken ground to find good grip. Always best to avoid braking on the wet slabs of rock though, eh, Tony? 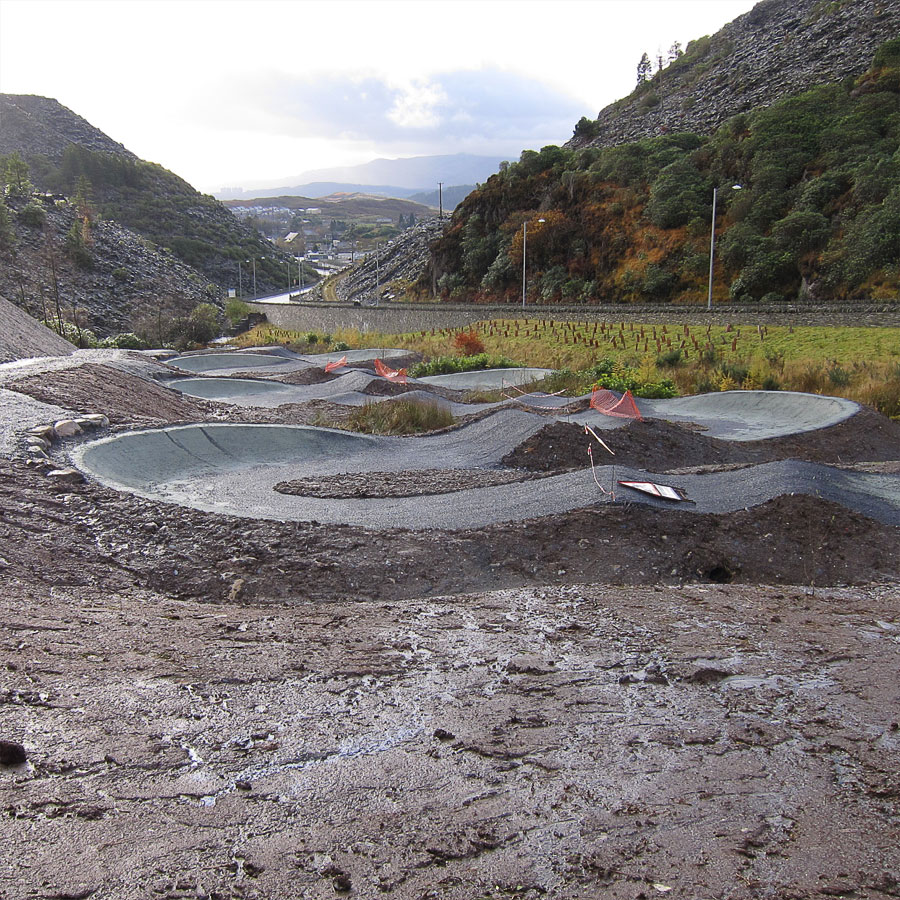 Does it really lack ‘gnarr’? No, there’s enough in the black runs to keep good riders happily entertained all day. What Antur Stiniog is best at, I think, is giving a lot of vertical descent for the average rider to tackle. The riders were literally voting with their feet, and the masses were thoroughly entertained by the fast, and largely safe, trails.

Maybe this really is the first of the ‘people’s downhill centres’?