I have had a Crud XL fender on both my bikes for at least 18 months now and with winter around the corner, it’s time for a review.

First off, full disclosure. Mr Crud (Pete Tomkins) was kind enough to gift me these a while back to see what we thought of them and in that time, suffice to say that more than one Mole has adopted them for their own bikes. They have turned out to be an excellent option for your front wheel across a wide range of conditions.

Now, there are many, many mudguards on the market and we have covered a few in our time. Normally it’s a case of fit but not so much forget as the quest for an optimal arrangement continually nags away at us. Despite the undoubted qualities of the mudguards we’ve tried, the Crud XL fender (front mudguard) does have a couple of stand out features that make it different from the rest.

First off, there’s mud clearance and plenty of it. It’s not a stretch to say you can have as much mud clearance as you like. If your riding happens to take you through an alligator infested swamp, then the alligators will continue to be your biggest concern. 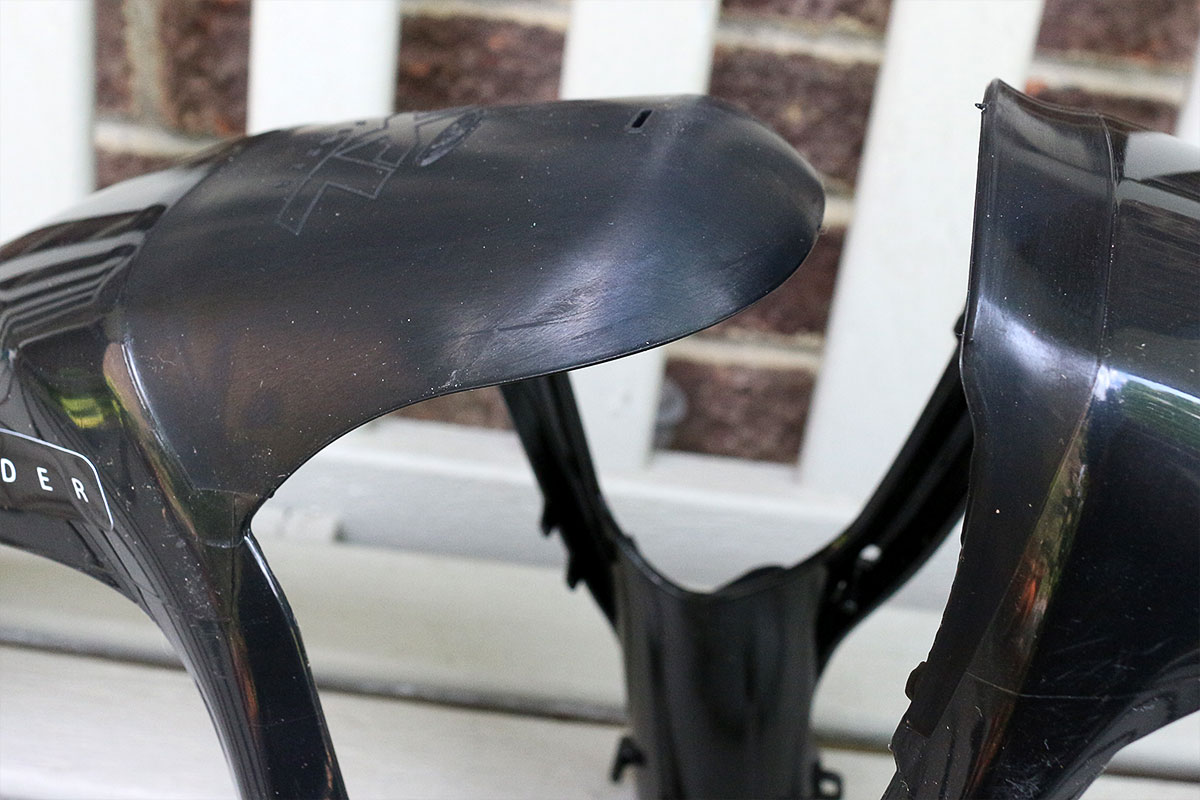 Mud clearance is achieved in two ways – first the mudguard itself is split in the middle around the fork boss, which gives a bit of breathing space in a place where mudguard will normally build up due to tight clearance between the mudguard and tyre. The ends are softened by some flexible plastic that lets the mud fall away rather than clogging.

The second method to ensure mud clearance is a variable height to the mudguard itself. The mudguard is held in place by rubber O-rings around the fork stanchions which allows you to position the mudguard as high or as low as you want. Thick claggy mud? Set it higher. Wet and spray? Set it closer to the tyre. It’s up to you and you can re-position mid-ride if you wish.

Those O-rings provide another bonus – the whole thing is tool-free and quick release so if conditions permit (sadly, roughly a week mid-summer or the odd day or two in the shoulder seasons), you can remove the mudguard entirely. 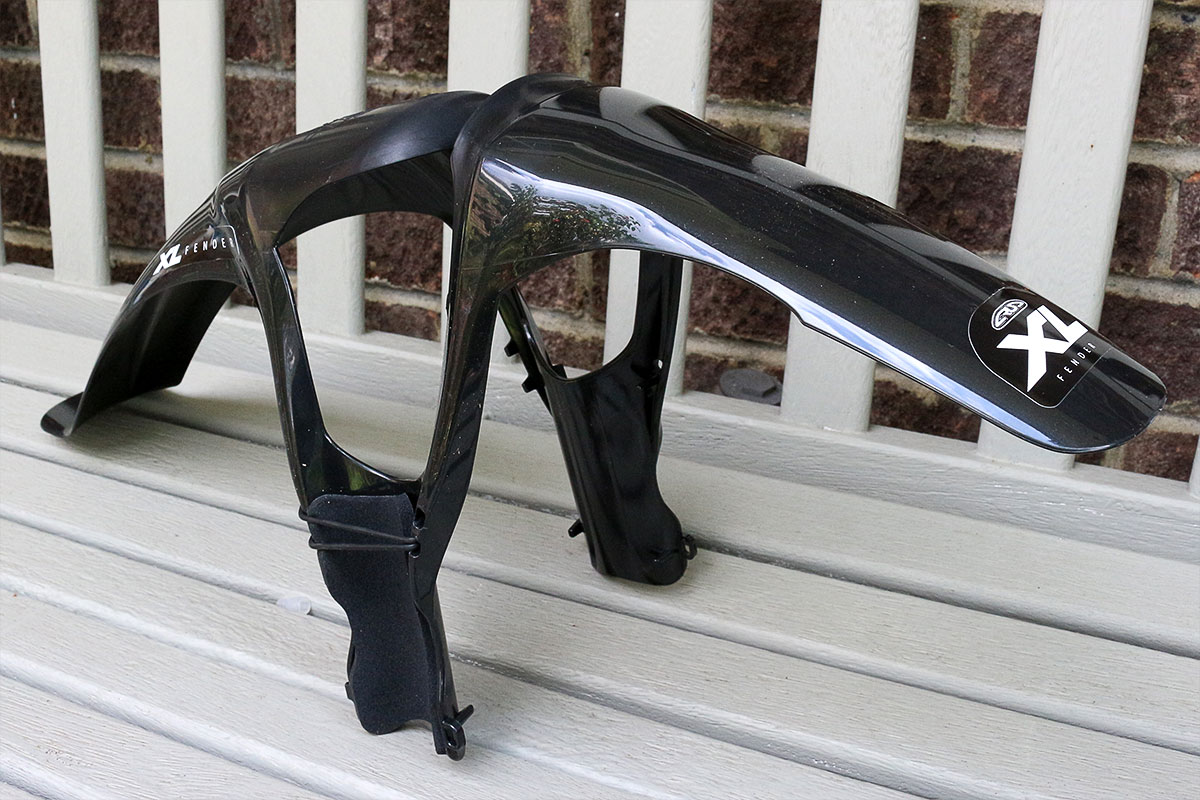 I like the Crud XL mudguard a lot. Over 18 months I’ve found I leave it on the bike almost the whole time – in fact I run it on both my 29er full sus and my 650B hardtail. It fits both wheel sizes easily and provides sufficient mud blocking coverage that I have never once had any mud thrown eye-ward while using it. It really has been that good.

In addition, it’s almost invisible both visually and in terms of performance. Most of the time I’ve forgotten about it entirely, it just keeps on doing its’ job regardless of the mud conditions. Given Surrey’s finest BGM™ (Bastard Glue Mud), this is no small feat.

If there are any downsides I would just note a couple of minor things.

First, as a belt and braces approach I suggest you use protective film on the forks because with the open design mud may find it’s way between the mudguard and fork legs. You could argue this exposes the seals to mud too, but modern seals are so good this hasn’t been an issue. It’s the price you pay for the mud clearing performance (I do keep my fork seals clean anyway).

Second, the mudguard tapers to the rear. I would like it to be a bit wider in keeping with modern tyre widths which might help protect my lower legs a little – for example I run a 2.5 Maxxis Minion up front which is quite a chunky beast (I like to use a downtube guard for the same reason, although it’s not strictly necessary).

A final point – the soft nose of the mudguard where it touches the rear of the fork brace is worth keeping clean – I have a little indentation on my Pikes as a result!

Overall, this is the best mudguard I have tried so far by quite a margin. The Crud XL fender doesn’t rattle, doesn’t move, stops all the mud-in-face drama regardless of conditions, is visually discreet and quick to remove. Ticks all the boxes!

Filed under Accessories, Reviews in September 2021