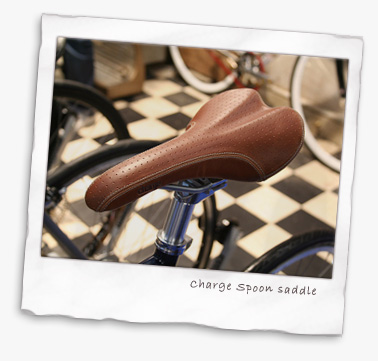 Every year for the past oooh, two years now the Moles make a pilgrimage to the London Cycle Show.

This year was the turn of Earls Court to play host as the show has gradually increased in size. Thank goodness for that. Last year’s show over at Excel in the Docklands was simply a pain to get to from our leafy corner of the North Downs in Surrey. It involved a fair amount of time and effort to negotiate the vagaries of public transport including an overground train, a tube train, a Docklands Light Railway train and possibly at some point a goat (memory fails me) to get to the show.

And to think some people have to do that every day!

So this October, the hicks from the sticks needed only to pitch up at Earls Court, something we’ve been doing for various occasions since the year dot. And it doesn’t get any less charmless over the years, although at least when you’re there to watch a band the gloom hides a multitude of sins.

So, we went to the London Cycle Show. Was it any good? Well yes in the sense that if you love your bikes there was plenty of them, including an astonishing number of those funny crankless (and pedal-less) bikes for toddlers made out of either wood, plastic and possibly hemp. Seems to be a trend.

Also there were various LED off-road lights which have leapfrogged forward in the past couple of years, including updated lights from Exposure (with a nice camo finish), Niterider, Hope, Lupine and many more. And we don’t expect the innovation to slow down any time soon. There really is no excuse not to spend the equivalent of the debt of a third world country on bicycle lighting any more.

It was a good chance for us bike junkies to see brands that our Local Bike Shop doesn’t stock and to ponder what we might have been riding if they did. For me, it would probably be a new Trek Fuel EX as I rather like this years bike with the bearing incorporated into the rear dropout.

Glaring omissions were Marin and Orange who were sadly absent, possibly too busy innovating, especially Orange who are increasingly active in the belt drive area (more information on that in another post soon). They did have one bike there though, the P7 belt drive was on the Singletrackworld stand and was attracting a lot of interest.

The absence of Orange and Marin though is apparently due to their deciding that demo days offer better value for money, something I won’t argue with having bought an Orange Five from the 2007 Cycleworks Demo Day in March. Still, it’s a shame they weren’t there and hopefully in the future we’ll see them back.

Overall, the theme of the year for me was lots of refinement to existing designs with nothing really standing out as the star of the show. That’s odd given the huge strides made by all the top manufacturers this year with their mainstream mountain bikes (Trek, Giant, Specialized all have interesting suspension developments this year). But there was so much steady development to existing ideas on bike kit (see LEDs above as an example) that my take was definitely on the “where’s the next big idea” side.

One things for sure, there’s growing interest but still little widespread enthusiasm for 29ers.

Dave’s ahead of his time…

Plenty more links are available to any semi competent Googler – for now, here’s my Flickr photos and a bit of cursory link-love: