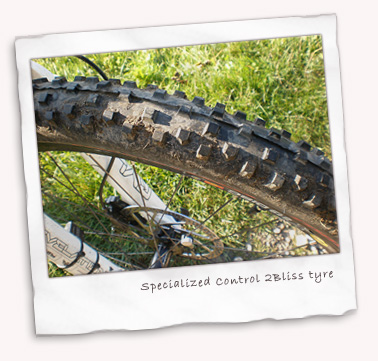 Us mountain bikers can be a geeky bunch. Whether we naturally shine on the ‘geek spectrum’ or not, our sport has its way of luring us into a world filled with unimaginable jargon and an unhealthy thirst for knowledge of what must appear to others to be the most uninteresting of things.

A world that has my wife and friends at times wishing I came with a mute button, or at the very least an anti-geek mode. At perhaps the mild end of our infatuation with gadgets, componentry and all things that can be fettled with is the conversion to tubeless tyres.

It’s a move that’s been at the back of my mind for some time. Whilst tubeless conversions have been used by many of the great and good of our fraternity for five or six years at least [Well, a year for me – Matt], it was only at the end of last year I took a step closer when I spec’d Mavic 819 UST rims on my Cotic Soul. For a number of reasons though, I stayed with the remaining conventional tubed set-up.

Being a one-bike-needs-to-do-it-all rider, I wanted a summer of commuting on slicks to keep the fitness up and two wheel sets just wasn’t an option. Furthermore, the contrasting nature of our local terrain and the unpredictable British weather, meant I hadn’t yet found one tyre that I was happy with for all-round ‘summer’ use.

If I do ever meet Stephen Hawking, I’ve got a mind to ask him to give up on all that black hole nonsense and turn his attention to finding a solution to the madness that is now summer tyre selection. Oh, and I was also slightly put off by the horror stories one hears from time to time about the conversion process.

However, after a series of punctures throughout the spring and summer from the flinty rocks that adorn our local area and prey largely on the unwitting carcasses and sidewalls of freshly shod rubber, it was time to join the tubeless revolution.

If I knew then what pain was to come I would have gladly carried a hundred weight of spare tubes in my Camelbak for the rest of my days… but I’d committed!

After the usual excellent advice from Dave at Cycleworks in Leatherhead, including detailed installation instructions, I was the proud owner of two Specialized Storm Control 2Bliss tyres (you see what they’ve done there!) and a quart pot of Stan’s No Tubes sealant. 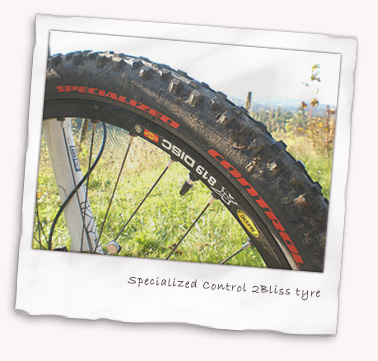 Looking back I approached my first attempt with child-like innocence. A bit like the Blair Witch Project, what I thought was going to be a fun experience soon turned into a horror show (and that was just watching the film!).

Place tyre on rim, add desired amount of sealant, fully engage the remaining tyre bead, add plenty of soapy mixture to help the immediate sealing of the bead and pump away until your aorta is the size of Jupiter. Easy!

Well no actually. After one hour of varying degrees of faffing and fettling on just one wheel that was it, I was a broken man. Whatever the advantages of going tubeless were at that stage, I was in no place to hear them and whilst my outward appearance may have changed since I was younger, the touch paper of my ginger gene can still be lit at a second’s notice!

After a couple of days of relative calm and the receipt of great wisdom from fellow converts I was ready to try again. Was I successful? Mercifully yes. Was it worth the pain? Well, only time will tell, but if the gain in performance is intrinsically linked to level of effort required to get them on, Liam Killeen better watch his back on the world’s greatest stage in 2012 (Yes, that’s Essex if Lord Coe has his way).

In retrospect I learnt some very valuable lessons from my first tubeless experience. These mainly being:

In addition, I discovered:

Then then final revelations:

Filed under Accessories, Reviews in October 2008